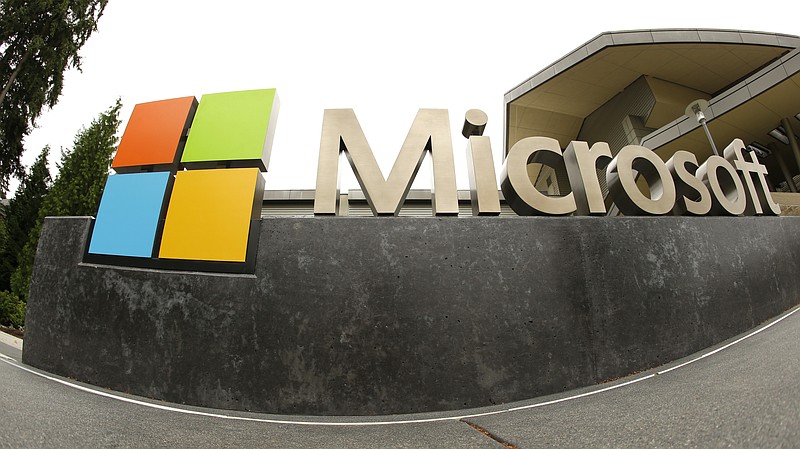 FILE - This July 3, 2014, file photo, shows the Microsoft Corp. logo outside the Microsoft Visitor Center in Redmond, Wash. Microsoft is cutting 10,000 workers, almost 5% of its workforce, in response to &#x201c;macroeconomic conditions and changing customer priorities.&#x201d;The company said in a regulatory filing Wednesday, Jan. 18, 2023 that had just notified employees of the layoffs, some of which begin immediately.The company said it will also be making changes to its hardware portfolio and consolidating its leased office locations -- all of which are designed to save about $1.2 billion. (AP Photo Ted S. Warren, File)

Microsoft is cutting 10,000 workers, almost 5% of its workforce, joining other tech companies that have scaled back their pandemic-era expansions.

The company said in a regulatory filing Wednesday that the layoffs were a response to "macroeconomic conditions and changing customer priorities."

The Redmond, Washington-based software giant said it will also be making changes to its hardware portfolio and consolidating its leased office locations.

Microsoft is cutting far fewer jobs than it had added during the COVID-19 pandemic as it responded to a boom in demand for its workplace software and cloud computing services with so many people working and studying from home.y.

Other tech companies have also been trimming jobs amid concerns about an economic slowdown.

Amazon said that it will be cutting about 18,000 positions. It's the largest set of layoffs in the Seattle company's history, although just a fraction of its 1.5 million global workforce.

Facebook parent Meta is laying off 11,000 people, about 13% of its workforce. And Elon Musk, the new Twitter CEO, has slashed the company's workforce.

Microsoft declined to answer questions about where the layoffs and office closures would be concentrated. The company sent notice to Washington state employment officials Wednesday that it was cutting 878 workers at its offices in Redmond and the nearby cities of Bellevue and Issaquah.