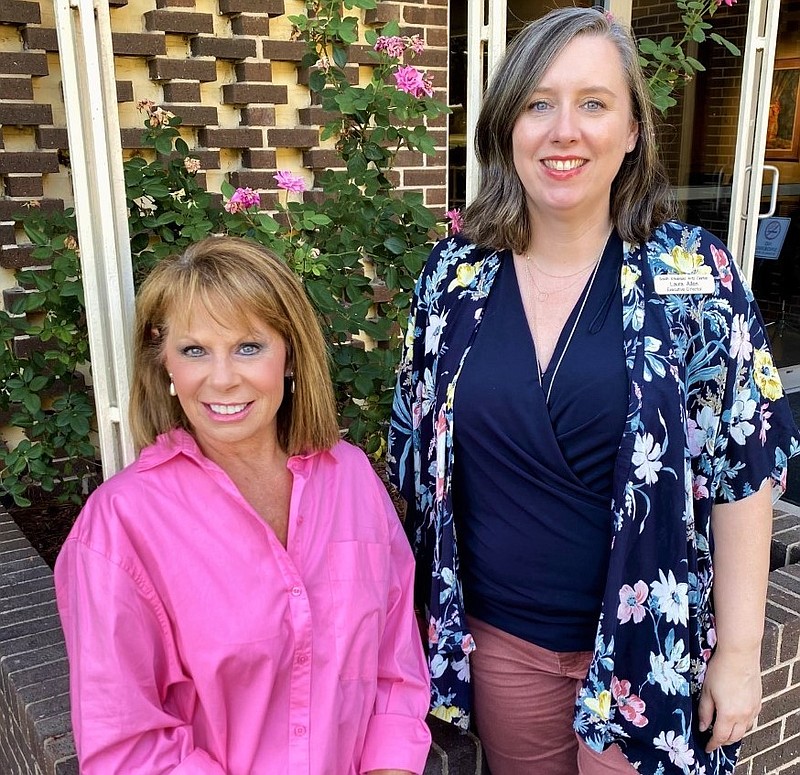 Beth Burns, chair of the South Arkansas Art Center's Reaching Higher fundraising campaign, and Laura Allen, SAAC executive director, are expected to join the SAAC board of directors and local architects for a major announcement about plans to expand the SAAC facility on East Fifth Street. A campaign launch is scheduled for 6 p.m. June 30 at SAAC. The event is open to the public. (Contributed)

The South Arkansas Arts Center will soon announce plans for a major expansion project and the launch of a fundraising initiative -- the arts center's first capital campaign in more than two decades.

Beth Burns, chairman of the Reaching Higher Committee, said details for the expansion project will be revealed "in a very big way" during the campaign launch.

Plans call for an expansion of the existing facility, including the construction of a new entrance on the west façade (the Memorial Stadium side), according to a press release.

Wharton, a longtime member of the SAAC board, conceptualized the project, Allen said.

She also said that some of the architectural renderings of the project will be displayed during the campaign launch, adding that other announcements on June 30 will include "some very exciting news."

The event is open to the public and SAAC members are encouraged to attend.

Considered "The Heart of the Arts" in El Dorado and South Arkansas, SAAC is a visual and performing arts facility and a nonprofit.

This story has been updated to correct the name of an architectural firm associated with the expansion project.