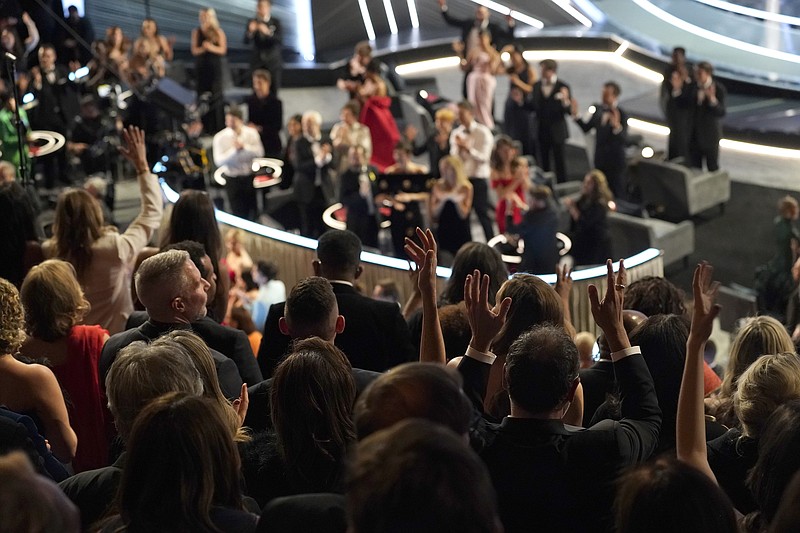 The audience signs the word "applause" as the cast and crew of "CODA" accept the award for best picture at the Oscars on March 27, 2022, at the Dolby Theatre in Los Angeles. The three Oscar wins for the film “CODA” has provided an unprecedented feeling of affirmation to people in the Deaf community. (AP Photo/Chris Pizzello, File)

When "CODA" won the Oscar for best picture in Los Angeles, movie stars from Samuel L. Jackson to Nicole Kidman waved their hands instead of clapping -- recognition of a culture and community that proudly calls itself Deaf. At home in suburban New York, Laurie Ann Barish cried, overcome by what she said was a long overdue feeling of acceptance.

Like the film's acronymic title, Barish was raised by a deaf parent, her mother, now 85. She said she saw her own life in the story about a Massachusetts family "that wants to be heard" and to be seen as no different from anyone else.

"The deaf world is finally unmuted," said Barish, a 61-year-old personal assistant who lives in Long Beach, New York. "I wish this happened when I was younger, for my mom. It was a wonderful gift. It was for the world to see that we're all the same. We're all the same."

"CODA" is a tender, coming-of-age tale about the only hearing member in a deaf family that became a crowd-pleaser and earned widespread critical acclaim to become the first film with a largely deaf cast to win best picture. It stars a trio of actors who are deaf, while offering an authentic depiction of Deaf life. For many in that community, the Oscar win provides an unprecedented feeling of affirmation, while offering a measure of Hollywood's recent progress.

"CODA" was the first film that "allowed Deaf people to be normal, hard-working individuals trying to raise a family, and navigate the world," said William Millios, who is deaf and works in freelance videography and web development in Montpelier, Vermont.

"It showed their very real frustrations, without making them into pitiable objects that needed to be saved," the 56-year-old added.

The film won two other Oscars. Troy Kotsur won best supporting actor to become the first male deaf actor to win an Oscar, and only the second deaf actor to do so, joining his "CODA" co-star Marlee Matlin. The film also won for best adapted screenplay.

Howard A. Rosenblum, CEO of the National Association of the Deaf, said the Oscars show that "excellence lies in taking on a different persona to convincingly and powerfully convey a story rather than acting disabled."

"For too long, the industry has rewarded actors and directors who have exploited the trope of faking sympathetic disabilities to win awards for themselves without bringing in Deaf people or people with disabilities to ensure authenticity," Rosenblum said.

Three of the movie's actors, including Kotsur, have ties to Gallaudet University, which serves students who are deaf and hard of hearing. There was a palpable sense of elation at its campus in Washington on Monday, said Robert B. Weinstock, the university's spokesman.

Weinstock said it finally feels like people in the Deaf community are being recognized by the film industry. And he hopes there will be more employment opportunities in the performing arts and elsewhere.

"One thing that we do not have yet is a strength in numbers," he said of Hollywood. "Not that many deaf people are involved in the industry at this time. There are not that many deaf roles in front of and behind the camera. ... So hopefully that will change."

In the meantime, people who grew up in the Deaf community say the movie offers a window into the intricacies of their lives, which are unknown to many in the hearing world. For instance, the film shows how much the parents who are deaf can depend on children who can hear.

Matt Zatko, 49, an attorney who lives in western Pennsylvania, remembers spending a lot of time as a kid helping his dad, who was deaf and worked as a painter and a wallpaper hanger.

"I remember answering the phone from people who wanted him to do jobs and me talking with them and signing to my dad at the same time," Zatko said. "It was our lives. It's what we did. But to see someone make a movie of it ... I laughed. I cried."

The movie also showed the challenges that parents who are deaf face when visiting their kids at school, said Tony VonDolteren, who is Zatko's cousin, and grew up with deaf parents.

VonDolteren, who lives in St. Augustine, Florida, remembers his dad cheering for him at a baseball game.

"It was louder than most and off tone," said VonDolteren, 46, now the national youth director for Perfect Game, a scouting service for youth travel baseball. "It would startle you. And people are like, 'Man, what's wrong with that guy,' until they find out my dad's deaf."

John D'Onofrio, 80, who is deaf and lives in Boynton Beach, Florida, said he's in awe of the Oscar win for "CODA" and is grateful that more people are learning what life is like for people in the Deaf community. His stepdaughter is Barish, the personal assistant who lives in New York.

D'Onofrio said he wanted to be an architect as well as a carpenter when he grew up but was told he couldn't do either. Instead, he worked for 35 years as a printer in a newspaper press room, a noisy place where many people who are deaf had earned a living.

"It's such a big win," he said of the film's Oscars. "For the Deaf community. For deaf people. For everyone." 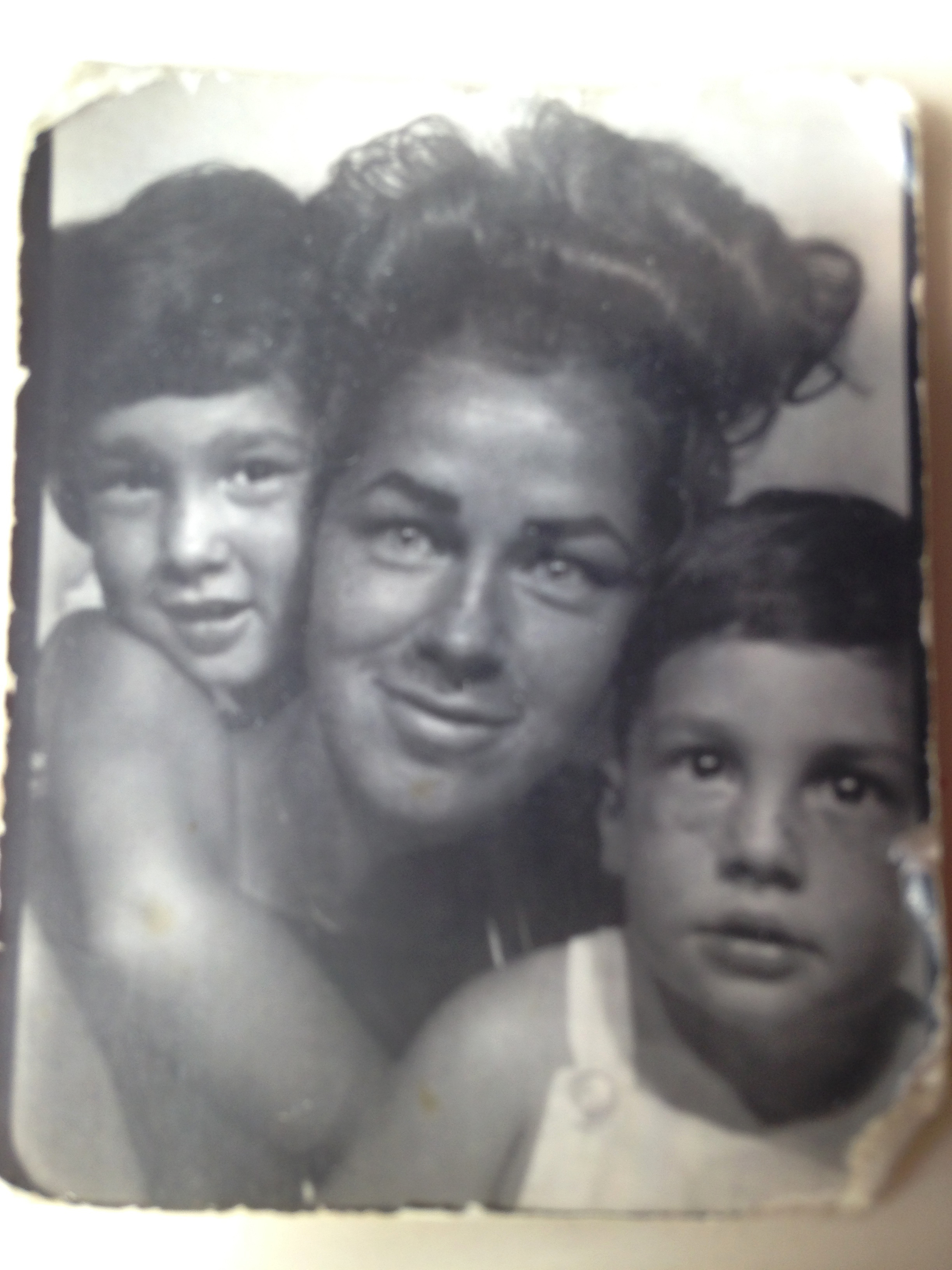 In this 1964 image provided by Laurie Barish, she poses with her mom, Carolann D’Onofrio, center, who is deaf, and brother Robert Barish, right, in New York. Laurie Barish said the movie CODA, which won the Oscar for Best Picture on March 27, 2022, is a sign of greater acceptance of the Deaf community. (Courtesy of Laurie Barish via AP) 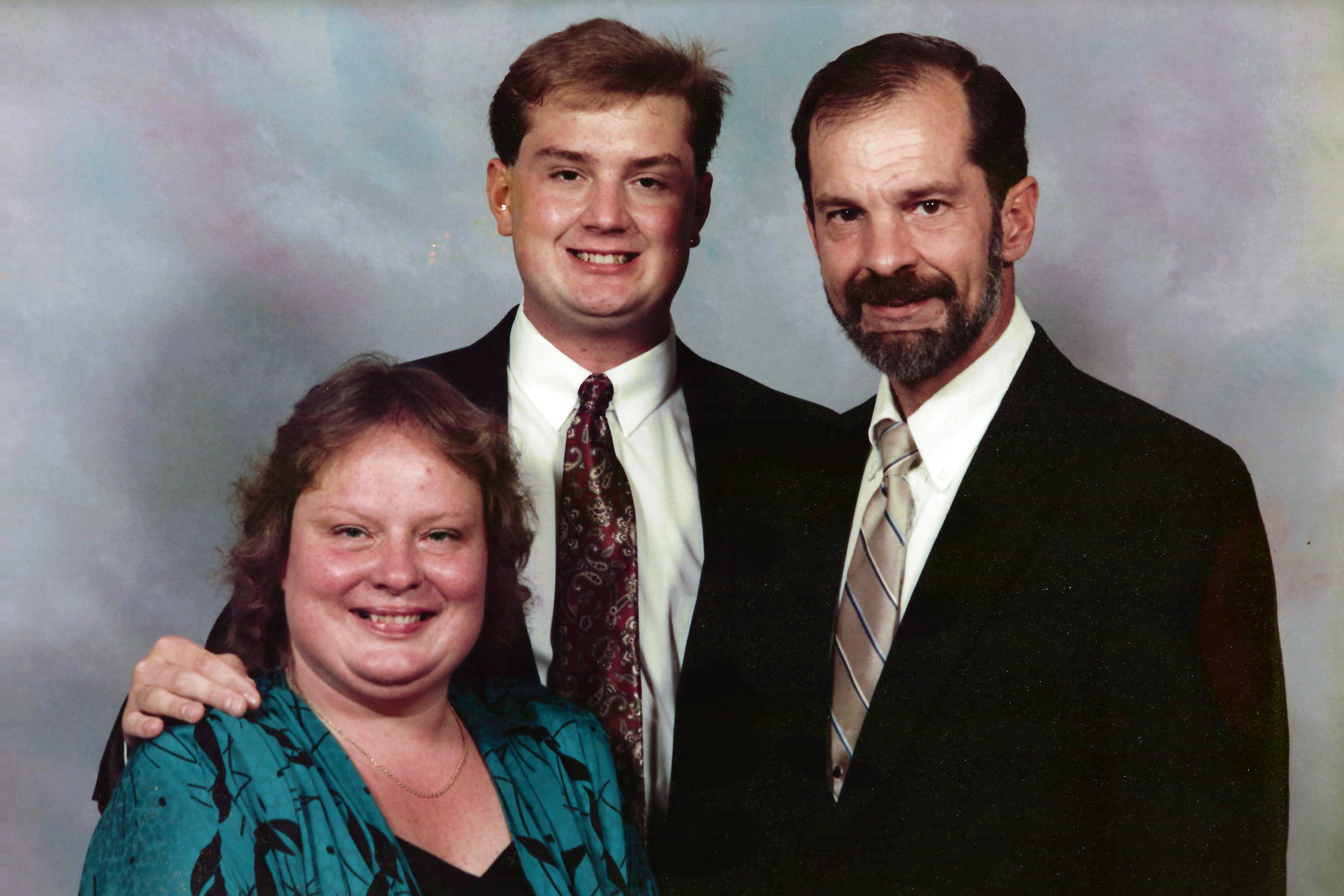 In this 1991 image provided by Matt Zatko, he poses with his parents Robert and Susanne Zatko in Jennerstown, Pa. Matt Zatko remembers spending a lot of time as a kid helping his dad, who was deaf and worked as a painter and wallpaper hanger. He said "CODA" offers a window into how much parents who are deaf can depend on their children if they have hearing. (Courtesy of Matt Zatko via AP)