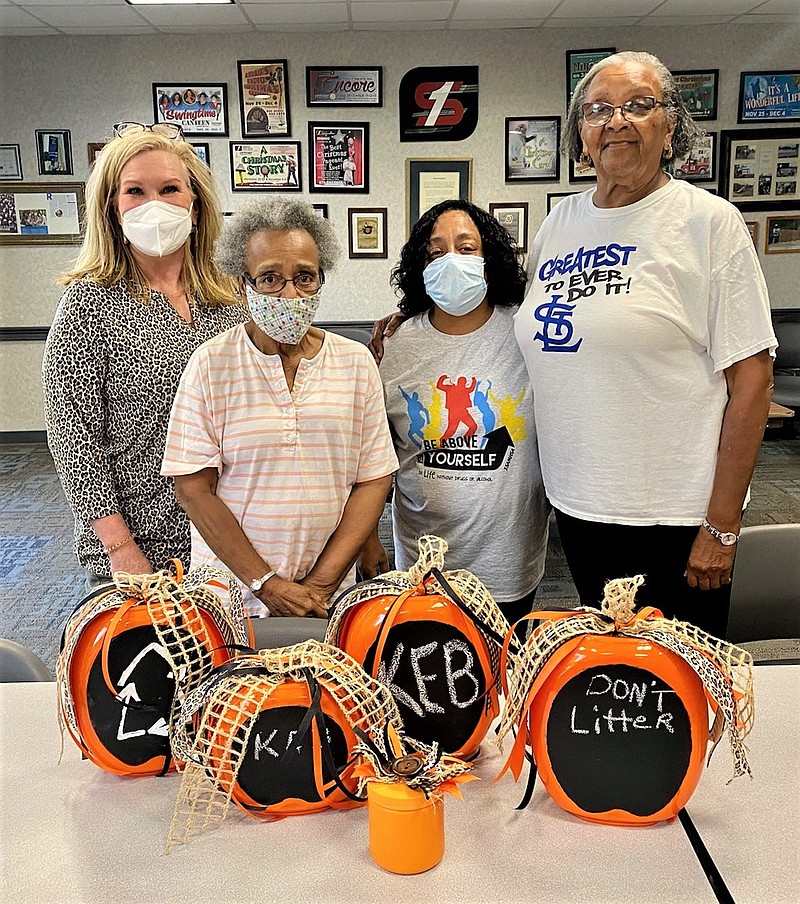 Keep El Dorado Beautiful may not have had a quorum during its last regular meeting on Sept. 20, but the group had plenty to discuss, including the postponement of its litter index survey.

The group had intended to relaunch the litter index survey this year and had set a date of Sept. 18, but KEB president Janis Van Hook said the event has been postponed indefinitely because of the ongoing coronavirus (COVID-19) pandemic.

With the survey, KEB members tour the city, select a few streets that cover broad sections of each ward and score the areas on a scale from one to four, with one being the best and four the worst.

Scores are based on such criteria as litter on the ground, overgrown lots and outside storage, and tallied into a composite.

The survey is to be performed annually.

However, KEB has not conducted a litter index survey in two years, having canceled in 2020 because of COVID-19 and in 2019 because of scheduling conflicts and issues with arranging transportation.

Because of the public health crisis in 2020, Keep Arkansas Beautiful and Keep America Beautiful waived the litter index survey for local affiliates, including KEB.

The state and national umbrella groups advise local affiliates to conduct the survey during the same time each year and KEB has typically scheduled its survey in the spring.

Guidelines for the survey have also been relaxed this year and KEB members previously voted to conduct the survey Sept. 18.

Van Hook said she heard feedback several board members who agreed that she made the right call to postpone the survey.

"The city was going to provide us with the van and a driver but with COVID and the new variants, we made the call. We didn't need to be sitting so close together, in such close quarters in a van for that length of time," said Van Hook.

At least 10 people, ages 18 and older, must participate in the ride-along. The number excludes the driver, who is not allowed a vote in the survey.

KEB members have said the tour takes at least two hours to complete. The scores are then tallied and later presented to the El Dorado City Council.

Van Hook said KEB had hoped to have the survey completed and the results ready in time to speak with council members about a new venture the group is considering.

KEB members are looking to partner with the council to host meetings with residents in each of the city's four wards.

Dubbed "suggestion meetings" by Van Hook, the gatherings will allow KEB the opportunity to meet directly with residents in each ward and hear their suggestions on how to keep their neighborhoods and the city clean.

KEB will also be able to outline its mission, which focuses on litter, recycling and beautification, and provide residents with information, tools and resources they can use to help beautify El Dorado.

Council Member Paul Choate, who represents Ward 4, has agreed to reach out to his fellow council members about the matter.

Choate represents Ward 4, along with Council Member Dianne Hammond, who is also actively involved with KEB.

Volunteers will meet at the church 1406 Detroit Avenue, and fan out into the neighborhood, which is informally known as New Addition.

The cleanup will be counted in the Great Arkansas Cleanup, which began Sept. 11 and will end Oct. 31.

The GAC is an initiative that is held each fall, during which volunteers from across the state help to improve local communities by coordinating cleanup events and removing litter from neighborhoods, parks, roads, shorelines and other public areas in Arkansas.

Other local groups or individuals who would like to participate in the GAC may register by calling Van Hook at 870-918-2706 or visiting www.keeparkansasbeautiful.com.

Van Hook has said several residents have reported picking up litter in the city while out for a walk, adding such activity may be reported to KEB and filed with Keep Arkansas Beautiful.