Irene Hale among first women to join the Elks Lodge 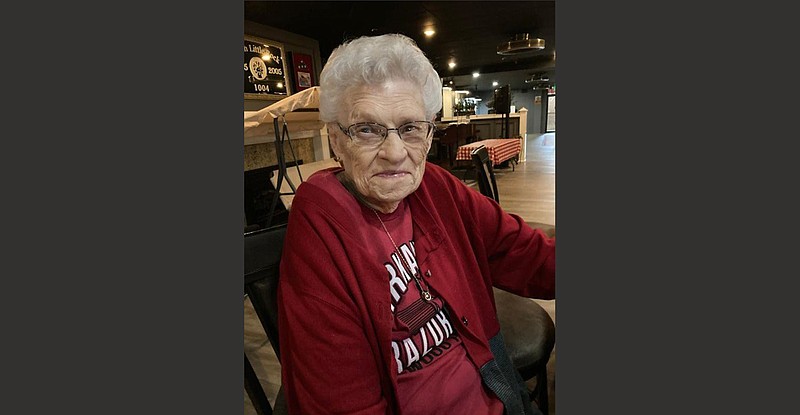 Irene Hale, 98, of Mayflower, was one of the first women to join the Elks Lodge, which had an exclusively male membership for many years. She had been a volunteer there for decades before that. “I’ve got a lot of friends there,” she says. (Special to the Democrat-Gazette)

Irene Hale had been providing her signature cake and coleslaw for Elks Lodge barbecues and other events for years before she was granted membership in the previously male-only organization.

"I was just doing whatever needed to be done," says Hale, 98, who estimates that she has more than 25,000 volunteer hours invested in the Elks Lodge in North Little Rock and other groups that support veterans, and she has collected several plaques and trophies for her volunteer efforts.

For the Elks Lodge Labor Day picnic this year, Hale prepared 30 pounds of shredded cabbage for coleslaw and one of her Dreamsicle cakes for the cake walk.

"There was no coleslaw left," says Hale, who drives from her Mayflower home to the Lodge in downtown North Little Rock and to the Veterans Administration Healthcare Center at Fort Roots several times a week.

Hale's brother had been a member of the Elks Lodge for 45 years before he died in 1983, she says, and she was in the Lady Elks Auxiliary.

"When there were birthdays or anybody got sick or something like that, I was in charge of getting them a card to send to them from the Lodge and the Auxiliary," she says. "Then it wound up I was president of that, and that's when they wanted me to be hospital chairman. Well, I had to be an Elk to be a hospital chairman. That's when they first started letting women join the Elks."

Prior to 1995, membership in the Elks Lodge was open only to men.

Hale estimates she was the third or fourth woman to join the Lodge, and she was among the first women in the nation to become an Elk as well.

"I just kept on doing whatever needed to be done, like calling the bingo some nights and getting a van for them," she says.

When Hale is not volunteering, she likes to visit the farmers markets in North Little Rock, and she has enjoyed road trips to casinos with friends.

She was born in North Little Rock and lived at 1301 Willow St. for the first three years of her life.

"My daddy built the house at 1406 Sycamore, right around the corner, a brick house, and I lived there until I was 19," she says.

She had a rocky relationship with her mother, a Polish immigrant who wasn't fluent in English, she says, and left home soon after high school.

"I had some sad childhood times," says Hale, who had four brothers, one of whom died in childhood.

She worked for a while greasing cake pans for a bakery in Little Rock.

"I've worked all my life," she says. "I would work somewhere until they closed down the business and then I would go find another job."

Hale says her volunteer work with veterans began when she was married to her first husband, Eugene Frederick, who served during World War II.

When he was freed four months later, she says, he weighed 128 pounds.

"He was not the same person after that," she laments.

They divorced, but she continued volunteering with the Elks and the veteran's hospital at Fort Roots.

She met her second husband, Glenn, while she was working at a family-friendly bar owned by a friend who had asked her to run the place for him for years.

"I told him I had never sold a can of beer in my life," she says. "He said, 'Well, you can learn.' Finally, I went to work there and I just had more fun."

She and Glenn Hale had bowled in the same mixed league for a while, but she hadn't noticed him until she walked in to the bowling alley to pick up something she had left behind and he insisted she go fishing with him.

She agreed, even though she was dressed up in pantyhose and high heels.

He built a bait shop, later run by her children on Lake Conway, and he built a display stand that houses the Bible in the foyer at the Elks Lodge in North Little Rock.

Hale enjoys the camaraderie she finds through the Elks Lodge.

"I go down there every time we've got something going on," she says. "I've been going down there umpteen years. A whole bunch of years."

The Elks helped her celebrate her birthday last month.

"One of my best friends has a band and he had the band there, and some other friends had my cake and food -- you wouldn't believe what food was there," she says.

It was a bittersweet day, however. Shortly after she returned home after the party, she got a call from the hospital where her daughter, Janice Bates, was a hospice patient.

"They told me she had passed away," she says. "We were with her all that afternoon and evening and she had been doing pretty good."

The Elks and other friends are supporting her through her grief.

"I have a lot of friends down at the Lodge," she says. 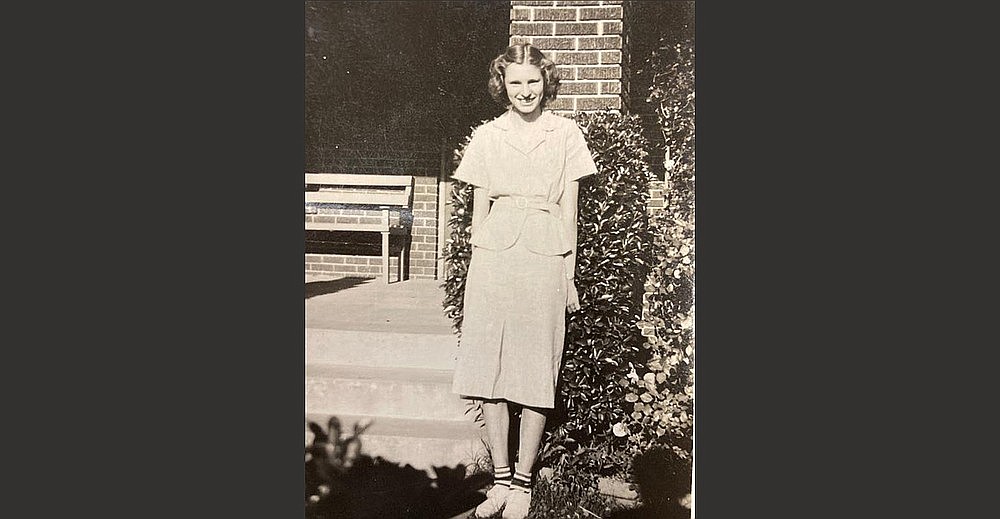 Irene Hale was born in North Little Rock and lived at 1301 Willow St. for the first three years of her life. “My daddy built the house at 1406 Sycamore, right around the corner, a brick house, and I lived there until I was 19,” she says. (Special to the Democrat-Gazette)