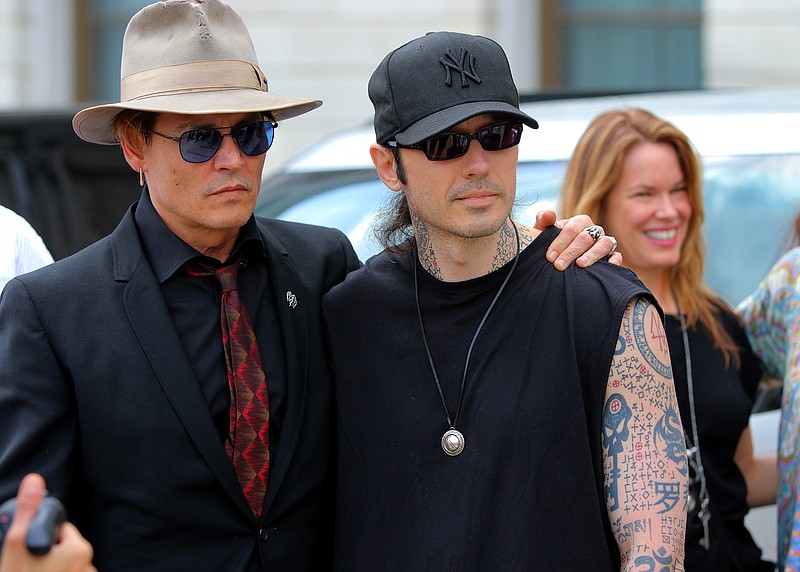 Damien Echols wants a judge to force the West Memphis Police Department to respond to a request filed under the Arkansas Freedom of Information Act regarding evidence from a 1993 triple homicide that gained nationwide attention.

It's been over two months since one of his attorneys, Patrick Benca of Little Rock, requested evidence from the case, and the Police Department still hasn't responded, according to the complaint filed Friday in Crittenden County Circuit Court by Benca and Stephen Braga of Washington, D.C.

The state's Freedom of Information Act is codified under Arkansas Code Section 25-19-105.

"The statute requires, among other things, that government agencies respond to FOIA requests within three days of receipt," according to the complaint for declaratory and injunctive relief. "Here, the relevant agency has wholly failed to do so."

The attorneys are asking the court to declare that the Police Department "has violated its statutory obligations" to respond to Benca's open-records request and direct the department to do so within three days.

Echols was one of three men known as the West Memphis Three.

Echols, Jason Baldwin and Jessie Misskelley were convicted in 1994 for the murder of three 8-year-old boys -- Christopher Byers, Steve Branch and Michael Moore -- whose bodies were discovered the previous year in a drainage ditch near West Memphis.

Investigators initially thought the murders were part of a satanic ritual.

While no DNA evidence connected Echols, Baldwin and Misskelley to the murders, the three were convicted and sent to prison for nearly 20 years. In 2011, they were released from prison as part of an agreement known as an Alford Plea. Under the plea, Echols, Baldwin and Misskelley maintained their innocence but pleaded guilty in exchange for an 18-year sentence, plus time served.

"Ten years ago, I had no choice but to take an Alford plea to get off death row," Echols said in a news release Monday. "I needed to fight for my innocence, and that of Jason and Jessie, outside of the prison walls. And that is why I sought to test the evidence in the case to exonerate us and lead to the real killer(s)."

Attorneys representing Echols have expressed interest in using new M-Vac DNA testing on evidence from the case, including the victims' shoes, socks, Boy Scout cap, shirts, pants, underwear and shoelaces used as ligatures to bind the victims, according to Benca's open-records request to the Police Department.

"The crux of the conversation is that he wanted to make things right," Benca said late Monday. "He's being exceeding candid with me on the phone. I was thinking, 'How refreshing!' It almost took my breath away."

Benca said Chrestman wanted to meet him at the Police Department to figure out what happened.

A day or two later, Benca emailed Chrestman in an effort to "formalize" what they talked about on the phone.

On April 1, Chrestman emailed Benca, according to Benca's open-records request:

"I confirmed with my predecessor your discussion. Based on his description, it sounds like your client wants to use the M-Vac Wet-Vacuum-Based Collection Method analysis. Regardless of whether this will yield valuable evidence, releasing the material isn't my decision. The property is seized; it doesn't belong to my office. So you'll need to petition the court, asking for permission and giving the State an opportunity to be heard. But in anticipation of your client's motion, I've asked the West Memphis Police Department to catalogue what remaining evidence there is. (Emphasis added)."

Benca emailed Chrestman again on April 5 and April 13 regarding lost, misplaced or destroyed evidence but didn't hear back, according to the open-records request.

The Police Department received the letter on July 8, according to the complaint.

On July 16, Echols's attorneys filed a motion for declaratory and injunctive relief.

They asked the court to declare that the Police Department has violated the Arkansas DNA statute's evidence preservation obligations in the West Memphis Three case and enjoin the department from any further failures to preserve any of the remaining evidence.

The attorneys also asked the court to direct the Police Department to immediately provide a full and complete response to Echols' pending open-records request seeking further information about the lost, misplaced and/or destroyed case evidence.

On July 30, Chrestman responded with a filing asking the court to deny Echols' motion.

"In this closed criminal case, Damien Echols filed his Motion," wrote Chrestman. "But for four reasons, this Court must summarily deny it. His Motion seeks civil -- not criminal -- remedies. So first, he's failed to state facts upon which relief can be granted, and second, the Court lacks subject matter jurisdiction. Third, the State of Arkansas has sovereign immunity against these civil claims. And fourth, the Motion seeks relief from the City of West Memphis, so it's a necessary party. But Echols doesn't name the City as a party."

Echols wants a court hearing on the evidence.

"Once we made inquiries to the West Memphis Police to turn over the evidence in the case for advanced testing, the evidence disappeared," Echols said in the news release. "We will not give up until we find whatever evidence exists. We will find out who destroyed the evidence and why the legal authorities lied. We want a hearing to get to the bottom of this."