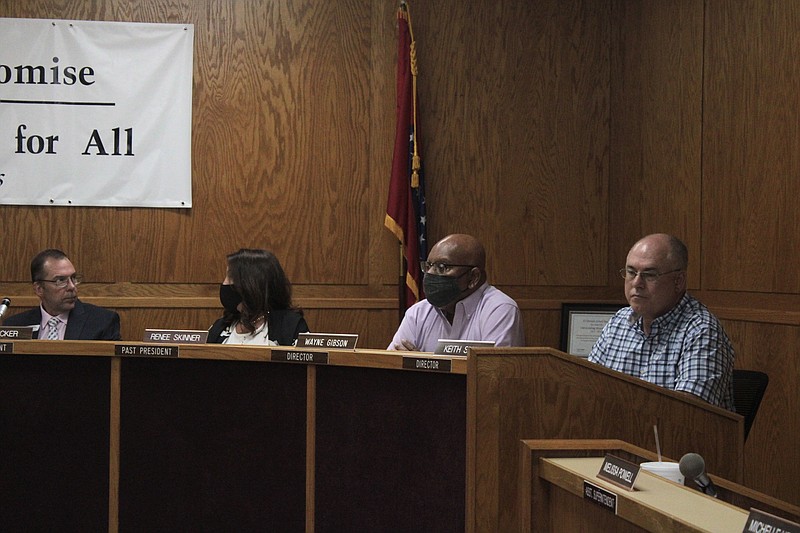 El Dorado School Board members are seen during a special-called meeting in August, where they voted 4-3 to impose a universal mask mandate on ESD campuses. The mask mandate was lifted last week, but an attorney representing several parents in a suit against the district said the case is still viable. (News-Times file)
ADVERTISEMENT