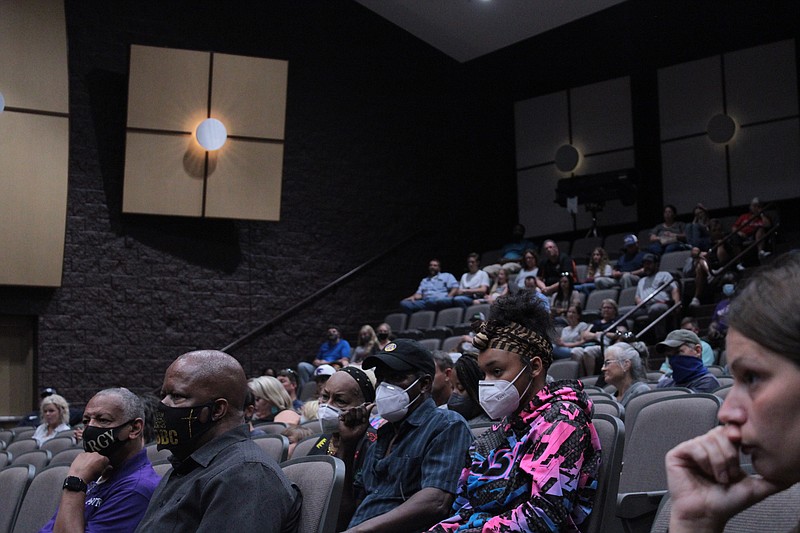 Local residents gathered on Aug. 30 at El Dorado High School to hear from parents, teachers and others about their thoughts on the district's mask mandate. (News-Times file)
ADVERTISEMENT