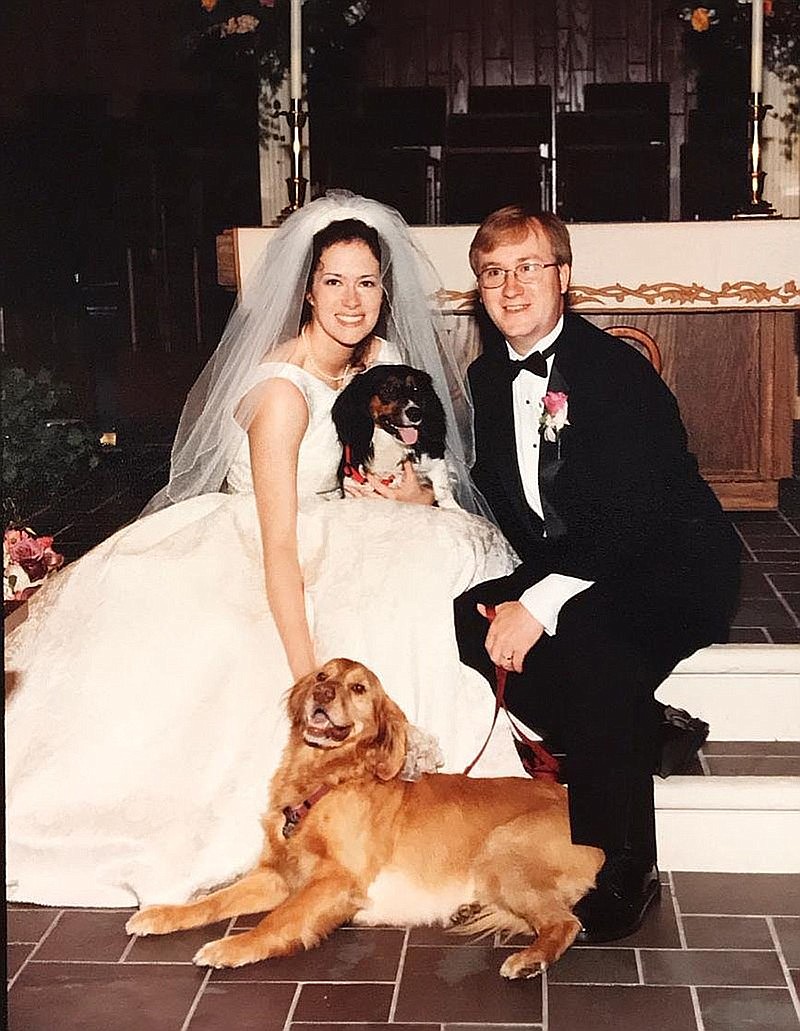 Michelle and Bram Keahey were married on May 25, 2002. Bram proposed to Michelle atop Pinnacle Mountain, just nine months after their first date. They have a view of that site from the home they now live in. “I love being in this neighborhood and seeing it every day,” Bram says. (Special to the Democrat-Gazette)

The first time I saw my future spouse:

She says: “I wondered if he was actually going to be able to help with this committee work that we were doing.”

He says: “She was wearing a plaid flannel shirt. I was intrigued.”

On our wedding day:

She says: “I remember getting into the car to leave and just being so glad that part was over and being ready for the fun part.”

He says: “I loved that the whole family was together. We had the boys there in the sanctuary — our dogs were part of our wedding and I really appreciated that.”

My advice for a long happy marriage:

She says: “Compromise. We use the ‘whoever cares most’ system. If there are two equally strong opinions it’s harder but we just have to find a way to compromise on it then move on.”

He says: “Go to marriage counseling and get the tools you’ll need to solve problems before you need them, before you have problems. It might not fix something now but it will help you not break it later.”