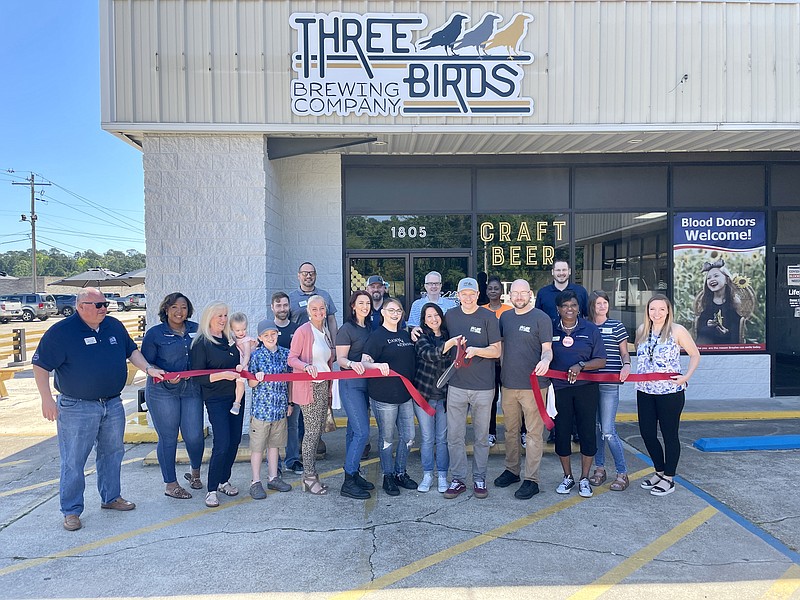 The Three Birds Brewing Company, along with the El Dorado-Union County Chamber of Commerce, held its ribbon cutting ceremony on Friday, the same day as the brewery’s grand opening.

The name Three Birds pays homage to the number of children business owners Brad and Rachel Lange have. It is also an homage to a Bob Marley song, “Three Little Birds,” that the married couple enjoys. They have some of the song’s lyrics framed within the establishment.

Black, gray and gold balloons were throughout the facility as decorations for the opening and ribbon cutting. To help welcome the brewery as a Chamber member, other Chamber members and business owners were in attendance and bought some of the craft beer offerings to celebrate the day.

Brewery staffers Justin Howard, Liana Lovett and Olivia Joyner greeted those in attendance with a smile, a drink of their choice and food from the in-house crafted menu.

One of the popular drink offerings among those in attendance was the Black Apple Hibiscus Cider. The fragrant drink has a pretty coral tint and like all drinks, was served in the company’s signature Three Bird logo-etched goblet beer glasses.

After some socializing and taking in some of the sights, sounds and offerings of the brewery, the Langes and others in attendance gathered outside in front of the business for the ribbon cutting.

Before cutting the ribbon, Brad Lange offered up a few words of thanks and appreciation to those that supported them on this journey of business ownership.

“I would like to thank everybody for coming out,” Lange said. “I want to thank Justin, Olivia and Liana, our kitchen manager. You will taste some of her great food today. I want to thank my wife Rachel who has been on this property with me since September, pretty much every day and all day. I hope everyone enjoys it. We’re proud to be a part of the community. We’ve been living here for ten years. We wanted to bring a chill and laid back place for people to hang out and have good conversations.”

After cutting the ribbon and officially establishing their membership into the chamber, those in attendance went back into the brewery to fellowship some more and celebrate the momentous occasion. 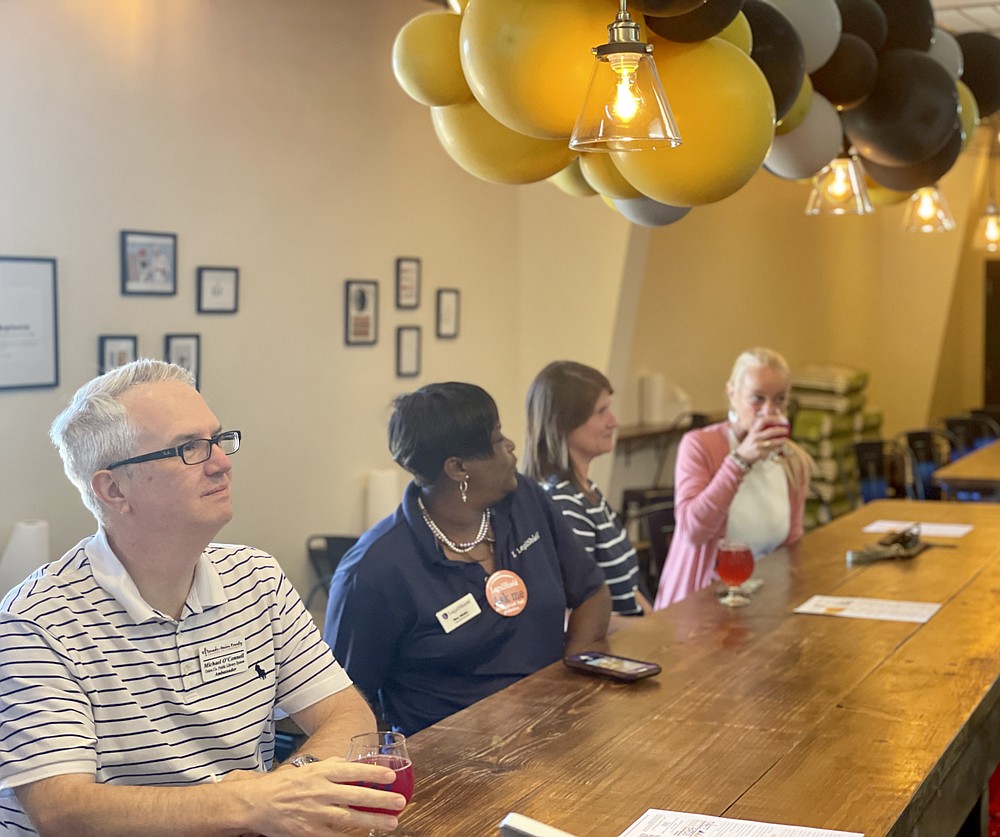