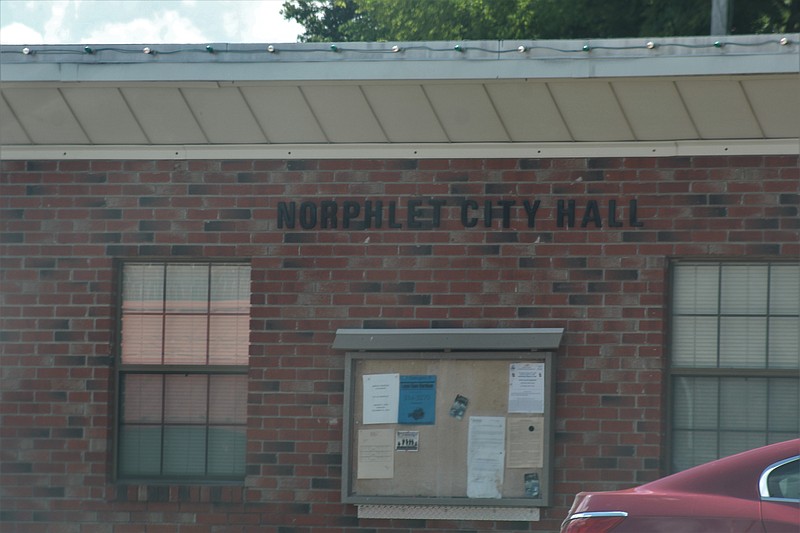 The council had no new business or motions to move forward on during this meeting, instead discussing several ongoing projects in the city.

After approval of the previous meeting’s minutes, Norphlet Mayor Jim Crotty began the meeting with a water and sewer report and spoke about possible future usage of a currently-unused city well.

“We’ve got two good wells, and have that number one well, and one of these days we [could] accumulate some extra infrastructure funding we’re supposed to get and get that well going… It’s still a good water well, but we would need to spend about $25,000 to get a new motor and check everything, any connections,” Crotty said.

Crotty also gave the council an update on the status of a street repaving project. In March, Crotty told the council that the city had been selected by the State Aid Street Committee for a project to repave sections of Ball Street and North Texas and Cary Lane roads.

Next, Crotty gave an update on work at the former Mason Lodge located at 101 N. Vineyard in Norphlet.

“The flooring had to be ordered and should be in any day now; it should be in the next two weeks. Once the flooring is down, they can put in the toilets. They’re coming to put the front door in on Wednesday,” Crotty said.

The council accepted a $20,900 bid in March to renovate the building and turn it into a community center and museum for the town.

He added that the building has been cleared out of any debris and trash and work is continuing on the renovations.

Crotty next spoke about a festival held in downtown Norphlet on June 19 for Father’s Day. The festival was organized by the downtown restaurant Cafe 1891 and was centered around a rib cook-off and car show.

“It turned out well. We had over 300 people here, 15 rib cookers and had a big car show with about 40 cars. There was all kinds of stuff for the kids and a professional bean bag toss,” Crotty said.

“I wanted to bring up the fence on the walking trail… there’s about five poles that need to be replaced,” Dykes said.

No motions were put forward to address the walking trail fence.

The next Norphlet council meeting will be on Monday, August 9.