Newsboys to perform at MAD in February 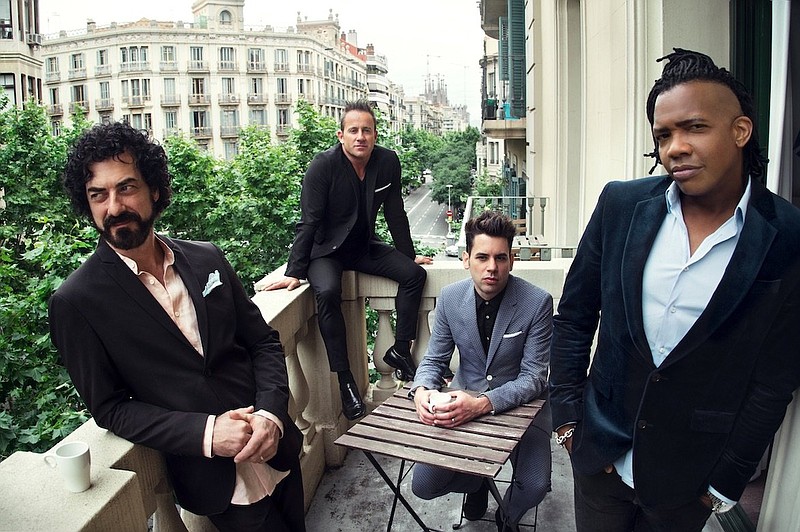 Starting in February and continuing through May, the contemporary Christian artists Newsboys will be joined by Danny Gokey and Mac Powell, including during their stop in El Dorado on Feb. 4, 2022.

We are so excited to get back out on the road in 2022 with some of our best friends - Danny Gokey, Mac Powell and Adam Agee,” said Michael Tait, lead singer of Newsboys. “The last couple of years have been tough for everyone and we have really missed coming together with our fans to worship and celebrate with one another every night. We’re looking ahead to the new year, excited for what’s to come, and we can’t wait to continue to reunite with our fans across the country and stand together in unity!”

The Newsboys have been one of the top names in the contemporary Christian music scene for years. The band is known for their contributions the “God’s Not Dead” films, namely the eponymous hit inspired a subsequent tour; band members also appeared in the first two films.

Newsboys is also known for songs including “We Believe,” “He Reigns” and “Your Love Never Fails.”

“I’ve loved crossing paths with Newsboys at shows and events over the years, and really enjoyed touring with them on Winter Jam a few years ago,” said Danny Gokey. “Not only are they a ton of fun, but I also have such respect for their music and ministry, which is why it’s an incredible honor to be joining forces with them on the Stand Together Tour this spring. These shows are going to be a blast, and I can’t wait to see everyone out there!”

Gokey, likewise, is an American gospel singer. He was the third-place finalist on the eighth season of “American Idol.” His newest album, “Jesus People,” was released on July 2.

“Very early on in Third Day’s career one of our first tours was with Newsboys,” said Mac Powell, former lead singer of Third Day. “I love how life works in that all these years later I’m once again hitting the road with them to play my solo Christian album, ‘New Creation.’ I’ve always been a fan of Newsboys, and I can’t wait to be back on the road with them in 2022!”

“We are excited about this all-star lineup and to have tour sponsors ChildFund, Altrua HealthShare and KLOVE & Air1 Radio be part of this movement,” said Curtis Pinkerton, director of marketing for Awakening Events. “This tour is going to be an opportunity to stand together, united by music all worshiping with a shared purpose.”

Tickets for the tour will go on sale Friday, Dec. 3, at 11 a.m. Fans and AE Insiders can take advantage of a 20% discount on tickets when they purchase by Dec. 25 and use the code INSIDER.

For details and tickets, visit www.awakeningevents.com.

The ‘Stand Together Tour’ will stop in El Dorado at the Murphy Arts District’s First Financial Music Hall on Feb. 4, 2022. The performance is set for 7 p.m.