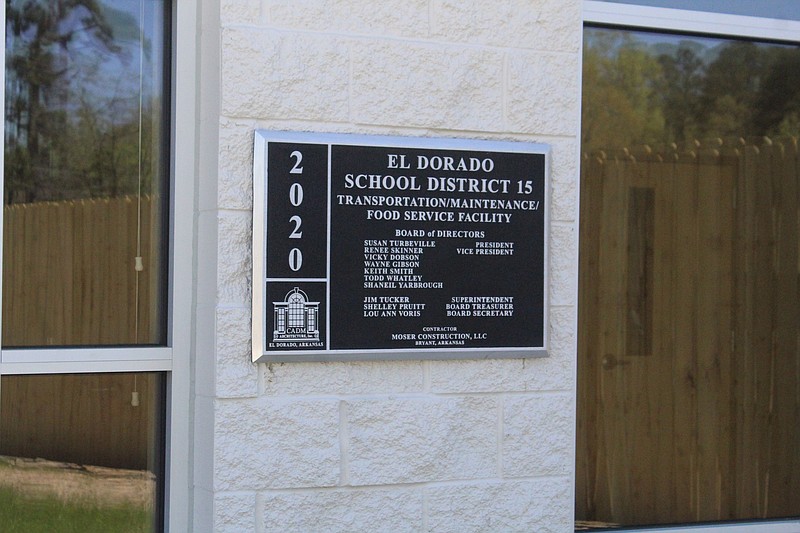 The facility, located at 2525 Parnell Road, has been planned since at least 2019.

A 2019 News-Times report details various aspects of the building, including the district’s purchase of the 10.76 acres of land for “around $163,319”and the subsequent plan for the new facility on the land.

The article reports that at the time, ESD Superintendent Jim Tucker stated that “the district has been setting aside money to prepare for this project for about a decade so there is money in the building fund for it and additional equipment.”

“We now have an up-to-date shop; the previous shop was probably built in the 1960s. Lighting was an issue at our previously facility, and if you pulled a bus in you had to back it out. Now, we can drive from back to front all the way through the shop,” Thompson said.

Other improvements include a covered wash bay for cleaning buses as well as a much larger bus yard that can hold the entire fleet.

The western two-thirds of the property houses the new bus yard.

“There’s benefits to being on this side of town, too. In a normal year there’s field trips, athletic events. The high school is now next door, so coaches don’t have to come across town or we don’t have to carry the buses out there,” Thompson said.

The timing of some routes may be subtly altered, Thompson said, but the new location should not result in any immediate drastic changes.

“It will change some of the pick up and drop off times due to new starting point, and some drivers will have to adjust the time they leave but they’ll get it. A couple of routes are closer to us, so some routes may be the same but with a different starting point,” he said.

“I would like to remind parents about bus slips - they are welcome to come out here or go to any school to fill out any bus slips or changes to slips for their kids,” Thompson said

According to the original News-Times article about the facility, the maintenance department consists of “a wide open space with access to loading docks for receiving shipments and an area to back a trailer into that would be protected from the weather.”

The food service department also benefits from the new facility, enjoying “three spaces: a walk-in cooler, a walk-in freezer and a dry storage space. There’s also a loading dock for the food services area for shipments coming into the facility or out to the different campuses.”

The facility also has a public entrance and a receptionist to help direct visitors and take calls. 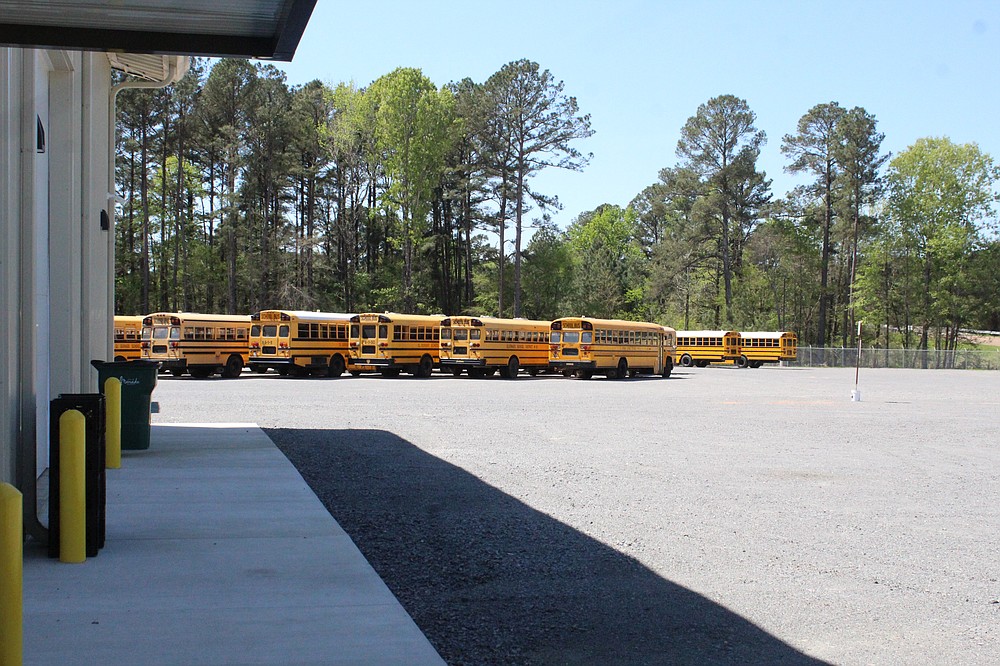