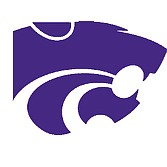 “She came back to make it competitive and played a great game,” said El Dorado coach Rex Hayes. “Only did an 8-game set due to heat.”

Hunter Lawrence and Wenhua Huang were edged in a tight 7-6, 7-6 doubles match.

“Great game,” said Hayes. “New doubles duo took it to two tiebreaks and lost both 5-7. We've got a few things to fine tune and I think they'll do great at conference.”