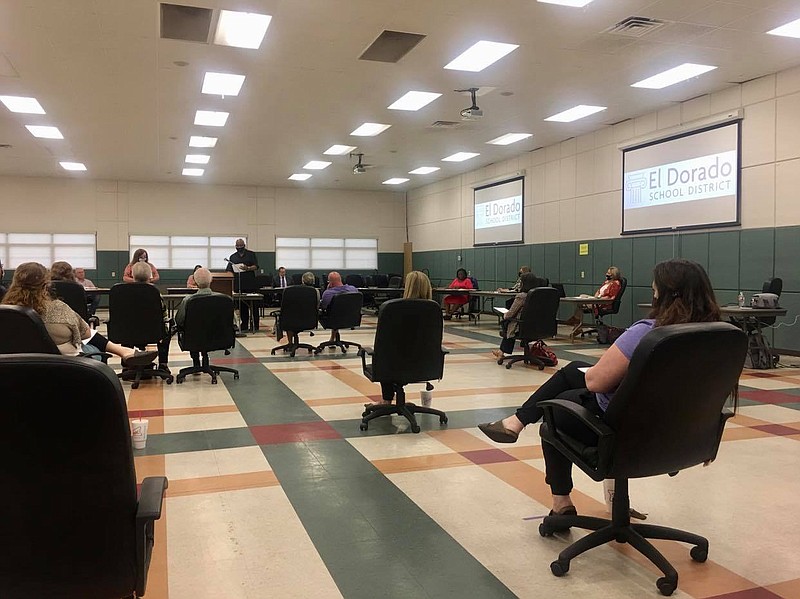 It was announced Monday at a meeting of the El Dorado School Board that Murphy Oil will continue to fund the El Dorado Promise program despite moving their headquarters to Houston, Texas.

The program was started by Murphy to give students in the El Dorado, Arkansas school district, regardless of their economic status, the chance to pursue a college degree without financial hardship.

“The El Dorado Promise has been around since 2007. And even though Murphy Oil has moved to Houston, the El Dorado Promise will continue. I know a lot of us were worried about that but there’s no need to,” Sylvia Thompson, director of The Promise, said. The announcement was met with a thunderous applause.

All students that graduate from the El Dorado School District and are eligible based on their length of attendance will receive upwards of $9,885 for the 2020-21 school year. Students are still allowed to attend any college/university in the country of their choosing.

While the majority of El Dorado graduates choose to stay in state, Thompson reported that right at 20% of students choose to venture elsewhere. It’s this flexibility of choice that makes the El Dorado Promise one of the best promise programs in the country, Thompson said.

“Whenever we go to The National PromiseNet Conference, they call us the ‘Cadillac’ of promise programs in the nation because we’re one of the few that is considered a first-payer program,” Thompson explained. “They (students) can use the money for room and board and other costs associated with college. We allow our students to leave the state and very few promise programs allow their students to leave their state.”

Other updates that were announced include a change in the most enrolled state school by El Dorado graduates.

“This is the first time since I’ve been keeping record of this data that South Arkansas University is our number one school,” Thompson said. SAU had 19% of enrollment, followed by South Arkansas Community College with 18% and rounding out the top three was University of Arkansas with 14%.

Though the El Dorado Promise will continue, another aspect of Murphy Oil’s education-focused giving will cease. The Murphy Education Program, which recognizes and awards some of the top performing students and teachers in the school district, will not continue after this school year.

The final funds from the program will be distributed to students who tested at a high level during the 2019/2020 school year. First-graders who received awards from the Murphy Education Program will receive the funds awarded upon their graduation from El Dorado High School.

This year marks a special benchmark for the El Dorado Promise program.

This story has been updated from a previous version.