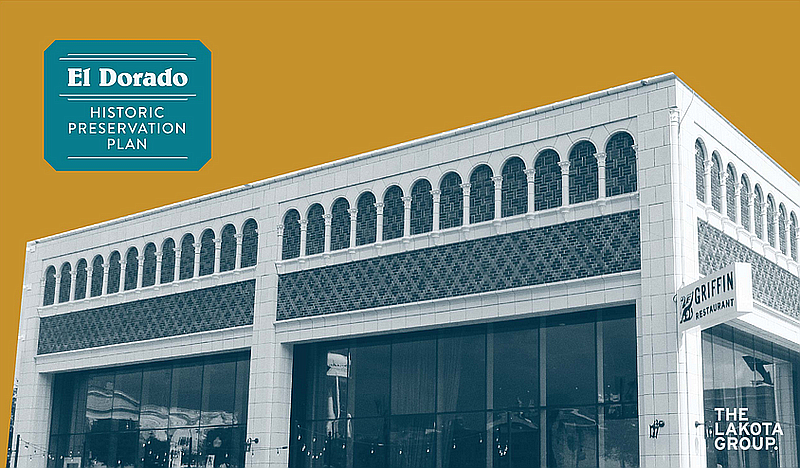 The El Dorado Historic District Commission is expected to hear today a progress report on a survey of more than 300 properties that being considered for nomination to the National Register of Historic Places.

The commission will meet a noon, via the Zoom videoconferencing service.

Terracon Consultant Services, which is headquartered in Kansas, is conducting a Determination of Eligibility (DOE) survey for the Mellor Park residential area, the Forest Lawn/Eastridge subdivision and a small section of the McKinney subdivision, with some un-platted properties in the area.

The project is the first to be undertaken following the adoption of a citywide historic preservation plan. The plan was completed in July by The Lakota Group, an Illinois-based urban design firm.

Shortly after the plan received the stamp of approval from the historic district commission, the Arkansas Historic Preservation Program and the El Dorado City Council, Terracon responded to a request for qualifications that was sent out by the EHDC in search of a firm to conduct the DOE survey.

Identifying properties throughout the city for preservation and potential placement on the National Register is one of multiple recommendations in the master historic preservation plan for El Dorado.

The EHDC had already been eyeing the Mellor Park and other adjacent areas as an addition to two existing historic residential districts: Mahony and Murphy-Hill, both of which are just north of the city’s commercial historic district.

The commercial district encompasses most of downtown El Dorado.

The DOE survey is being funded by a $49,049 Certified Local Government grant that was awarded to the city by the Arkansas Historic Preservation Program.

It is the largest CLG grant to be awarded by the state.

El Dorado is one of 21 CLGs in Arkansas.

The CLG program represents a partnership between local governments, including cities and counties, the AHPP and National Park Service to preserve historic resources at the local level.

Of the $49,049 CLG grant that was awarded to El Dorado earlier this year, the biggest portion, $42,500, is to be used for the DOE survey, which is the next stage in the implementation of the citywide preservation plan.

The remainder goes toward the EHDC executive director’s salary, training for commissioners and membership fees for historic preservation organizations.

Beth Valenzuela, senior architectural consultant with Terracon’s Austin, Texas, office is on the EHDC’s agenda today to discuss the cultural resources/DOE survey and inventory of the proposed properties.

“There are no (Certificates of Appropriateness) requests to be heard so this will be the main discussion,” said Elizabeth Eggleston, executive director of the EHDC.

COAs are required for most exterior projects that could alter the historic/architectural character of properties within the city’s commercial historic district. The EHDC must approve a COA prior to the start of any such projects.

Once the DOE survey is completed and eligible properties identified, the EHDC will vote to present the survey to the State Review Board for consideration for the national and state registers of historic places.

If approved by the review board, the proposal is then forwarded to the National Park Service for a final decision about placement on the National Register.

The regular monthly meeting of the EHDC meeting is open to the public.