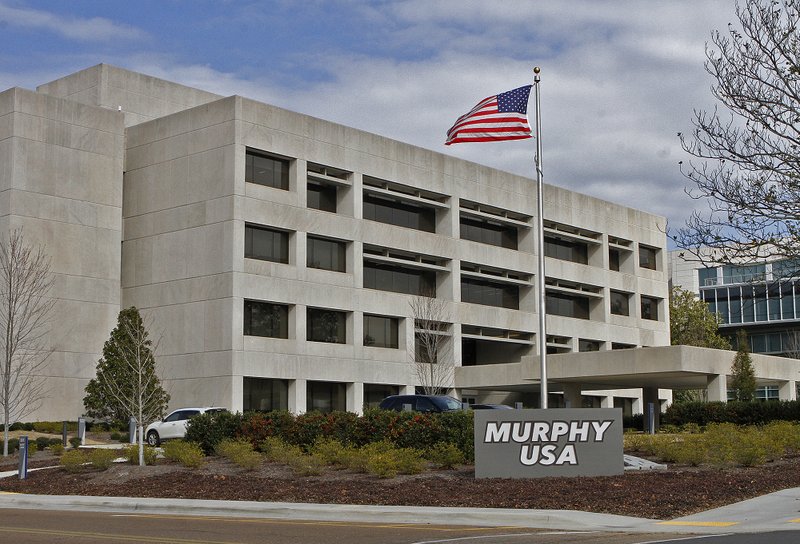 Since Murphy Oil Corporation’s announcement Wednesday that the company will close their headquarters office in El Dorado, as well as an office in Calgary, Alberta, Canada, many local officials have urged residents to stay optimistic.

“I’m sure this was a hard decision to make considering the family ties they have in the community,” El Dorado Mayor Veronica Smith-Creer said. “It’s not the information that you want to get in our position, with the pandemic and everything else that’s going on, but it’s not the worst information either. I’m grateful that Murphy USA will still be located in El Dorado and we’re grateful for the El Dorado Promise continuing.”

Murphy Oil cited a drastic drop in oil prices as the reason behind the closure of the local headquarters. The global oil market has been in dramatic flux since February, when the market was flooded with cheap crude oil from Russia and OPEC (Organization of Petroleum Exporting Countries), causing an oversupply of product and affecting Murphy Oil’s crude oil and natural gas sales.

Immediately following that, the COVID-19 pandemic, which has led to stay-at-home and lockdown orders across the country and world, drove down demand for oil. Kelly Whitley, vice president of investor relations and communications for Murphy Oil, said the one-two punch left the company with little choice as to the local office’s closure.

“The bottom line is we just didn’t have a choice with the environment for macro oil prices being so low, and also with the timing of COVID and the timing of that recovery being uncertain,” she said Wednesday evening. “It was really a last resort, because our company was founded there and our headquarters has been in El Dorado for 70 years and obviously we’re an integrated part of the community.”

Murphy USA was formerly part of Murphy Oil; however, in 2013, the companies split after shareholders advocated to do so in order to maximize stock value. Murphy USA employs about 600 people in El Dorado and operates almost 1,500 retail gas stations across 26 states to serve about 1.6 million customers daily, according to the company’s website. President and Chief Executive Officer Andrew Clyde confirmed yesterday that Murphy USA has no plans to move their home office in El Dorado.

“We have no plans to change or move our corporate offices or our 600 employees away from El Dorado,” Clyde said in an email correspondence. “In fact, we have several positions open and anticipate increasing our number of staff here.”

Like Murphy Oil, Murphy USA makes significant philanthropic contributions to the region, including sponsoring the South Arkansas Arts Center’s summer musical for the past five years and signing on to continue their sponsorship for another five last year; sponsoring youth sports, including the El Dorado High School Cross Country team and the Special Olympics; and contributing to the United Way of Union County, among other contributions.

Clyde said Murphy USA has not been impacted by the ongoing COVID-19 pandemic the same way Murphy Oil has been.

El Dorado-Union County Chamber of Commerce President and CEO Bill Luther said that while the community will be impacted by the loss of Murphy Oil’s headquarters, there is plenty to look forward to.

“The loss of a legacy company like Murphy Oil will be hard on the community; it’s for situations like this that economic developers continually work to diversify the economy. Thursday, no sooner than we had reached out to the Arkansas Economic Development Commission to assist in recruiting businesses form California or the Northeast that may be considering relocating to a more rural location, I received a call from a project team member in Little Rock that the client for one of six state projects we have been working on for quite some time had finalized agreements and will begin construction shortly,” Luther said in an email.

Luther declined to reveal what the new project locating in the area will be.

“Their official announcement will be welcome news to our area. This, along with other economic efforts … give me great optimism that El Dorado will pull through this,” Luther said.

Murphy Oil has committed to continuing the Murphy Promise, which provides for up to 100% of the college tuition of El Dorado High School graduates depending on their time in the district. Whitley said Wednesday that to her knowledge, the program would continue “in perpetuity.”

“Murphy Oil Corporation has been our partner in education for decades. … We are saddened to lose their presence in our community, but we are continually grateful for the opportunity we have had to work with them for the betterment of El Dorado,” El Dorado School District Superintendent Jim Tucker said in a statement on Twitter Wednesday evening. “We thank you, Murphy Oil, for the Murphy Promise — for the countless lives the scholarship has changed thus far and the ones it will continue to launch into a bright future. Thank you for allowing the Promise to remain in El Dorado so that your legacy will continue in the lives of students.”

State officials also commented on the closure of Murphy Oil.

“Murphy Oil has been a staple of my hometown for decades and I’m saddened to hear that El Dorado will no longer be its home,” Speaker of the House Matthew Shepherd (R-El Dorado) said in a statement released on the House website. “My heart goes out to the employees and their families who are facing uncertain times. I’m thankful for Murphy Oil’s contribution to El Dorado over the years and its commitment to continue the El Dorado Promise, which has helped create a brighter future for our students and will continue to do so.”

Sen. Trent Garner (R-El Dorado) said he was saddened that the iconic company is relocating in a statement on Twitter.

“I’m here to help the employees and their families during the transition,” he said. “While this decision is disappointing, we will recover from this and come out stronger. I will continue to fight for lower taxes, a better tort climate and smarter government to create a business friendly environment that will bring more jobs and companies.”

“Murphy Oil helped build this town, and its success has meant everything to us. This decision puts a hole in our hearts but we won’t be knocked off course. We believe in El Dorado,” the letter reads in part. “The people of El Dorado are already at work to preserve our prosperity, and keep us moving. We have built the foundations for a diverse and resilient economy here. We’re not going to let that stop. We’re going to keep going.”

Murphy Oil’s headquarters will now be based in Houston, Texas where they already had an office with about 400 employees where their exploration and production operations were based. About 82 people were employed at the local headquarters office. Whitley said they will receive severances.