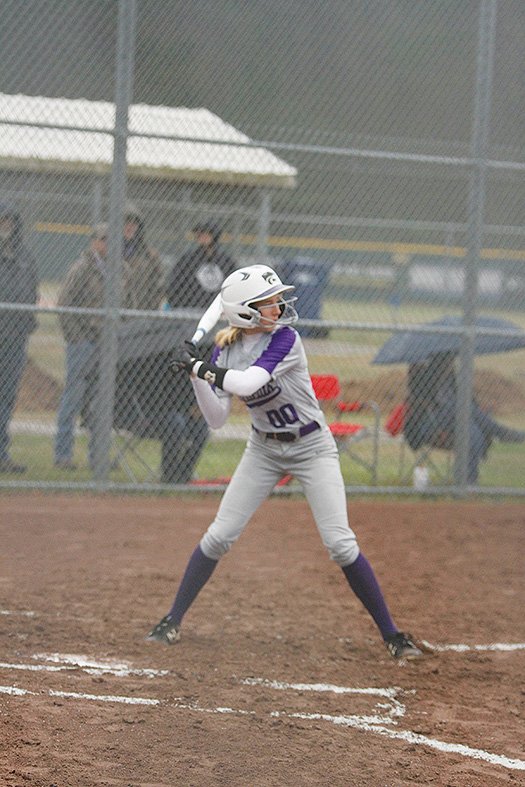 Terrance Armstard/News-Times In this file photo, El Dorado's Ava Dunn waits on a pitch during a game against Harmony Grove during the 2019 season. Dunn is one of two starters back from a team that went 18-9 last year and won a game in the state tournament.

After posting an 18-9 record that included a win in the state tournament, the Lady Wildcats return only two starters.

Heading into Tuesday’s home game against Hampton, El Dorado was off to an 0-2 start, and coach Chris Ezell said he is looking forward to seeing how the team develops throughout the season.

“Our team goals will be to go out and compete as hard as we can as we grow together as a team,” Ezell said. “With this many new starters, we will have to build that team cohesion that it takes to win games.

“We have a whole new lineup this season, so it will be interesting to see those position battles continue throughout the non-conference games and who steps up as their numbers get called.

“One of the advantages of being young is the opportunity for them to grow together as a unit over the next few seasons. It won’t stop at the end of this year, we will be able to continue to grow and add depth with the current roster. The disadvantages have to be the lack of game experience with the nine on the field together and against the level of competition we face over the course of the season.”

To underscore how many new faces there are, El Dorado had one senior, four juniors, three sophomores and two freshmen start in their benefit game against Magnolia.

“We really seemed to come together during the game,” Ezell said. “I saw lots of positives, teammates picking each other up after a couple of mistakes we made. They were all in the same boat together with the seven players making their first start, and I think that helped them overcome some early nerves.

“The team took a moment to remember Coach (Mark) Conway. This was the first game without him, so we had some emotions there in pregame.”

Junior Jill Tissue has taken on the role of being El Dorado’s lead pitcher.

“She has really seemed to take on the role of being our starting pitcher,” Ezell said.

“We will rely on her for a bulk of the innings with Aubrey Marx available for relief or just helping limit the workload for Jill.”

Sophomore Makaylen Swint is back to handle the catching duties with junior Lexi Bronson also expected to play behind the plate.

Sophomores Aubrey Marx and Laney Langston anchor the corners of the infield at first and third respectively.

Up the middle, the Lady Wildcats will start a pair of freshmen in Raielynn Fudge at shortstop and Cammie Gadberry at second base.

In the outfield, senior Ava Dunn will be in center field with juniors Abigail Thompson and Haley Spencer slated to play in left and right field respectively.

El Dorado will be cutting its teeth in the rugged 5A South with powerhouses Benton, Sheridan and Lake Hamilton all vying for the league title.

“Last season, we were able to jump over Lake Hamilton into the third seed in our conference. Our non-conference schedule will give us games under our belt before we start playing for the opportunity to get into the postseason and opportunities to establish our best combination of players going into those conference games.”