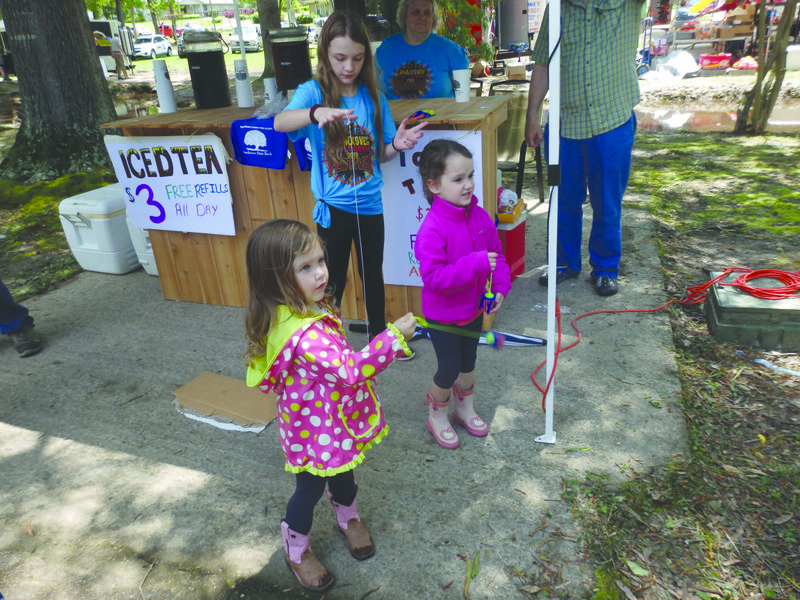 The fun started Thursday with a bunko tournament, then continued Friday with music. Southern Koast rocked the stage first, followed by the Haley Creek Boys.

Most of the festival’s activities took place Saturday. A rib cook-off brought hobbyist chefs from around the county with their barbeque grills. Andrew Davidson took home first place in the cook-off.

Throughout the afternoon, young people arm wrestled and played in the Smackover city park creek, strong people competed to find the best rod-wrencher and others gathered to cheer them on.

The World Famous Duck Race, where participants release rubber duckies into the park’s creek, was one of the most anticipated events. Seth Strickland took first in the race.

The festival came to a close Saturday night with performances from Jason D. Williams and the Cummins Prison Band.