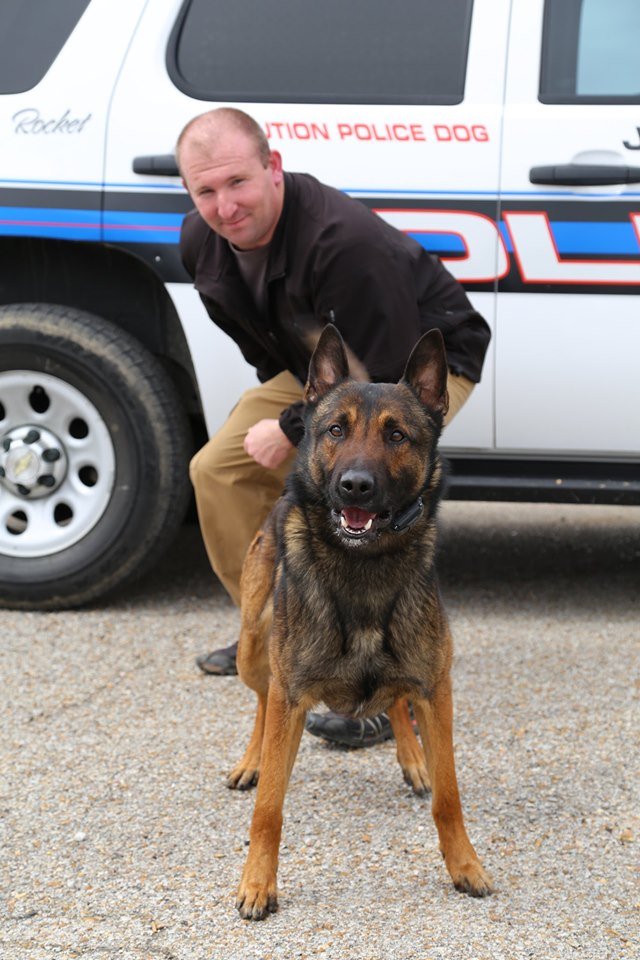 A northeast Arkansas police department dog was shot by an officer last month in an incident at a shooting range, authorities said Thursday.

The Jonesboro Police Department said in a release posted on its Facebook page that police dog Rocket was shot during a training session at the Craighead County sheriff's office range.

Dog handler Jason Myers and his partner, Rocket, were on the parking lot at the range, and after the dog got out of a vehicle gunfire started on the range, according to the release. Officers said Rocket was not leashed and ran toward the area where shots had been fired.

Police said officer John Porbeck noticed Rocket running toward him, heard commands from Myers and was able to dodge the dog. Officers said the dog came toward Porbeck again and Porbeck fired his weapon, striking the dog.

"Rocket did not sustain life-threatening injures and was taken immediately to Animal Medical Center," a release stated. "Surgery was performed and he was released the next day. He is expected to make a complete recovery and will return to duty with no long-term effects."

Chief Rick Elliott has requested an internal investigation. Police said there was no incident report, body-camera footage or surveillance footage of the incident.

Sally Smith, spokesman for the Jonesboro Police Department, said the public information office was alerted to a report that had been created April 30 and put on administrative lockdown because of an internal investigation.

"It was brought to my attention by the Criminal Investigation Division Lieutenant, Jim Chambers, that report 19-03862 had in fact been filed by Sgt. Porbeck," Smith said in a news release. "He was then instructed, citing the exemptions under the Freedom of Information Act, to lock the report in order to protect the integrity of the investigation. I was not made aware of the report's existence until after the original press release had been posted."

Police said the report was not released because it is an undisclosed internal investigation. The incident came to light in an article published by NEA Report, an online news site in northeast Arkansas.

Jonesboro Police Department police dog Gabo was cleared to return for duty in February after being shot several times in a standoff inside a Jonesboro apartment in December.

Gabo was shot five times during the standoff that killed a woman who police said shot a 41-year-old man inside an apartment.