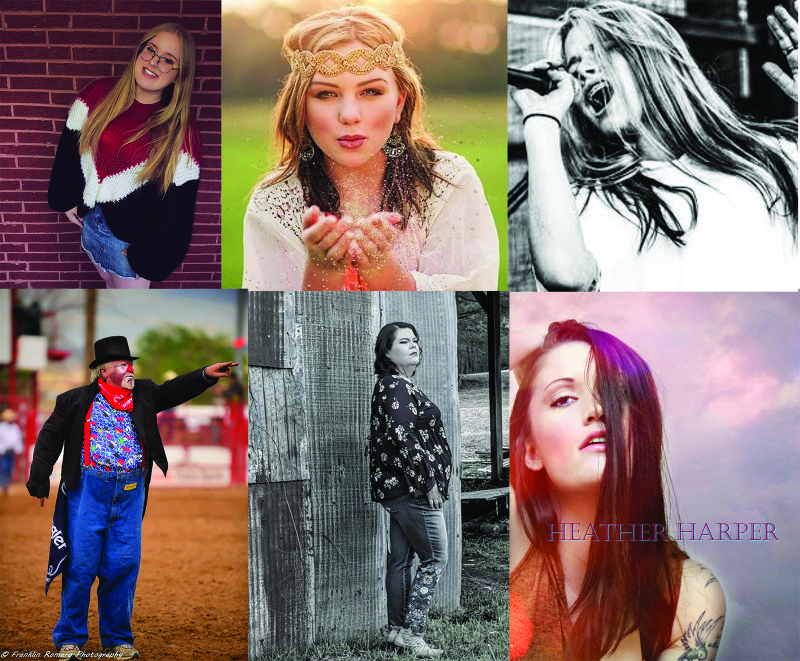 The monthly performances brought by the Boomtown Opry will return to the El Dorado Municipal Auditorium on April 13.

According to a news release, Marli Humphrey is an aspiring singer born and raised on the Arkansas/Texas stateline, she has been called a cross between a southern belle and a Texas cowgirl. After winning her first talent show at age 11, she decided to pursue her singing career, which lead to performing at festivals, talent shows and local country music venues. Now, at age 18, her unique style of blending traditional country, southern rock and blues is evident on her first album, “At Last.” Humphrey’s second album was “Keep Walkin’ On” and her most recent is titled “Glitter in the Rain.”

Heather Nikole Harper is an East Texas native based in Tyler, Texas, and is a singer, songwriter, musician and independent recording artist, who enjoys singing and performing a variety of music genres, from country to blues. She has auditioned for hit TV shows such as “American Idol” and “The Voice,” has even performed on CBS 19 and other local TV/radio shows. Her song “Turn It Up” has been featured in a Tyler, Texas, commercial in which she also appears. Harper also has been nominated for multiple music awards.

Cheridy Adams has been singing since she was 3 years old in her hometown of Springhill, Louisiana, and was eventually strongly influenced by her school and church choirs. She travels throughout the Midwest and South performing for fundraisers for children hospitals, festivals, fairs, weddings and many other venues.

Abbey Layne, a junior at El Dorado High School, began singing as a toddler in her mother’s choir at First Presbyterian Church and her grandfather’s choir at First Christian Church in El Dorado. Layne has performed locally at PJ’s Coffee Shop, Main Street Pizza, the South Arkansas Art Center and the El Dorado Municipal Auditorium. She was accepted to and performed as a solo artist at the internationally acclaimed Interlocken School for the Arts in Interlocken, Michigan.

Christy Martindale, from Jonesboro, Louisiana, is a registered nurse with a passion for singing who appeared for the first time on stage at the age of 5 with her mother at the Wildwood Express in Ruston, Louisiana. She has performed at the Franklin Opry in Winnsboro, Louisiana, and at the local nursing home. She has also auditioned twice for “The Voice.”

Joey Dumas, a rodeo clown, rodeo announcer and standup up comedian hails from Carthage, Texas, but was raised in Junction City, Arkansas. He has been clowning rodeos since the age of 13. Dumas has worked all over the country, totaling over 400 cities and towns in his career. He brings a different kind of comedy to the stage with comical acts involving the audience at times. According to the release, Dumas is known for saying “if you can’t tell it to a fifth grade Sunday School class, it has no place in a family show.”

The young ladies of Bravo Dance Centre will provide the dance portion of the show in April.

Any aspiring singers may audition for future shows before rehearsals on show day around 2 p.m.

Tickets are $15 at the door of the El Dorado Municipal Auditorium, with children ages 12 and under admitted for $5 each. Tickets are also available on itickets.com and can be purchased in advance for $10. The Boomtown Opry is a family-friendly event with no alcohol sold during the show.

The Boomtown Opry is partnering with the El Dorado Boys & Girls Club, with a portion of show proceeds benefiting the club. In return, the club provides volunteers to staff each show.