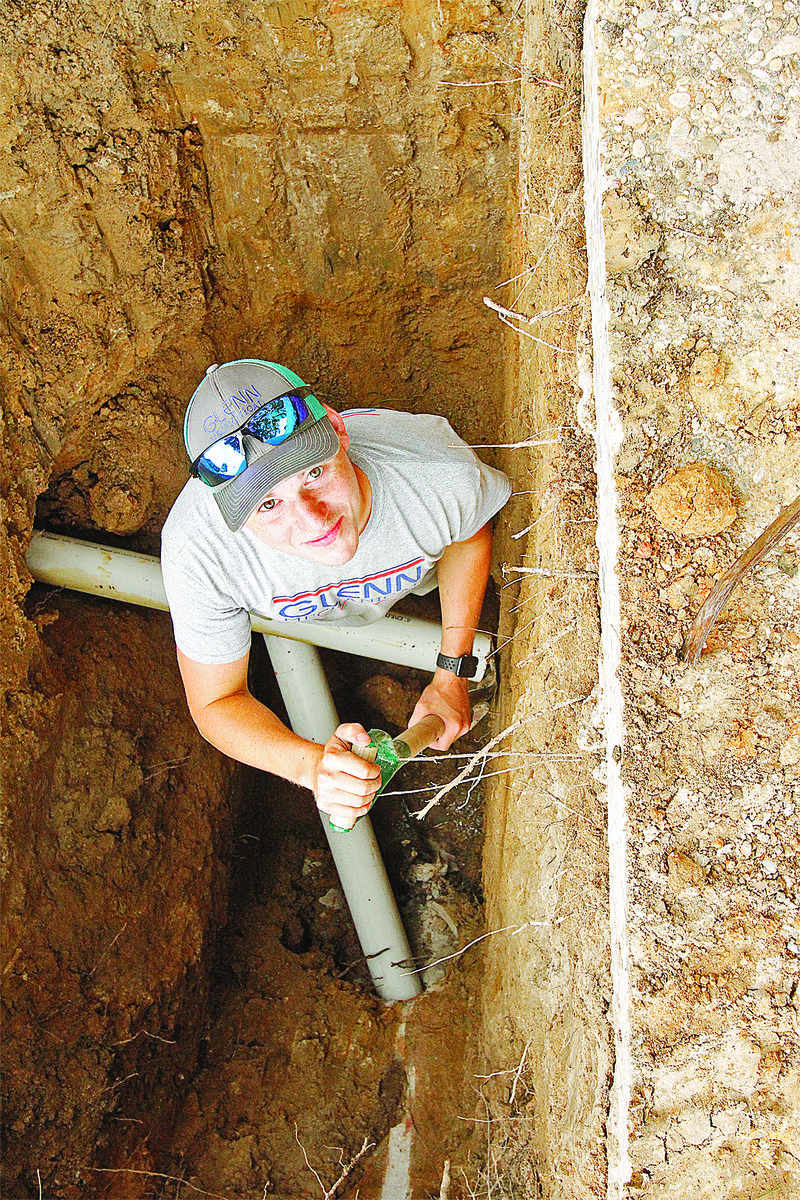 Pipe work: Hudson McDiarmid of Glenn Mechanical descends into a trench dug in front of the Barton Public Library. The library is having its old sewer lines, which are a clay, tile and cast iron mix, replaced with modern PVC piping. - Photo by Terrance Armstard

The Barton Public Library is having work done this week to fix a plumbing issue it’s been experiencing over the last few months due to continuing breaks in the line.

In February, the library had to close for several days due to issues with the pipes getting clogged. At the time, it was thought to be due, in part, to the library’s location, since it sits on an incline.

The library, in conjunction with the city, worked to find a more long-term solution to the problem.

Union County Public Library System Director Michael O’Connell said the work that’s being done this week is expected to fix the problem by replacing the pipe that runs from the building to the sewer. He said the sewer connector had been paved over at some point, so in doing the work that is needed; the pavement will need to be broken up.

O’Connell said part of the work is being done through the library — with Glenn Mechanical performing the work needed — and the water department will be working on the transfer point.

O’Connell said once the contract for the work was in place, they needed to wait for a long enough stretch of good weather in order to actually get it done.

He said the project will take several days and a lot of the soil in front of the library will need to be removed in order to reach the pipes. It will be replaced at the end of the project.

O’Connell said the goal is for the project to be done by the end of the week, but in the meantime library patrons are being directed to the side entrance of the building. He also said he’s hoping the bathrooms would only be impacted.

“When they were looking with the camera, you could see the breaks in the line,” he said. “The water was still flowing through, just not as fast as it should. We were having issues any time there was a really heavy rain. The soil would become saturated.”