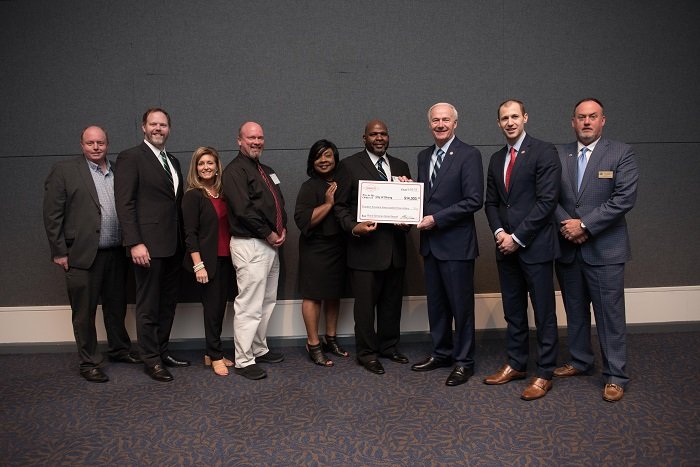 Officials from the city of Strong received a grant from AEDC officials and Gov. Asa Hutchinson.

Governor Asa Hutchinson presented grants totaling $586,633.14 to 49 cities and counties throughout Arkansas at a ceremony held May 16 at the annual Arkansas Rural Development Conference, held at the Hot Springs Convention Center.

Rural Services grants fall into one of three programs: the Rural Community Grant Program, the County Fair Building Grant Program, and the Arkansas Unpaved Roads Grant Program. All require a 50 percent matching grant to be eligible for the programs.

A total of $325,459.58 was awarded to 32 cities and counties under the Rural Community Grant Program. Applicants from incorporated towns of less than 3,000 in population and unincorporated rural areas are eligible for up to $15,000 in matching funds under the program for community development and fire protection projects.

A total of $45,804.56 was awarded to 13 counties under the County Fair Building Grant Program. Under the program, county fairs located in counties with a population of less than 55,000 are eligible for up to $4,000 per fiscal year for construction, renovation or general improvements of buildings or purchase of items shown to directly improve the building or the services that the county fair association may provide.

For information on AEDC, visit www.ArkansasEDC.com. 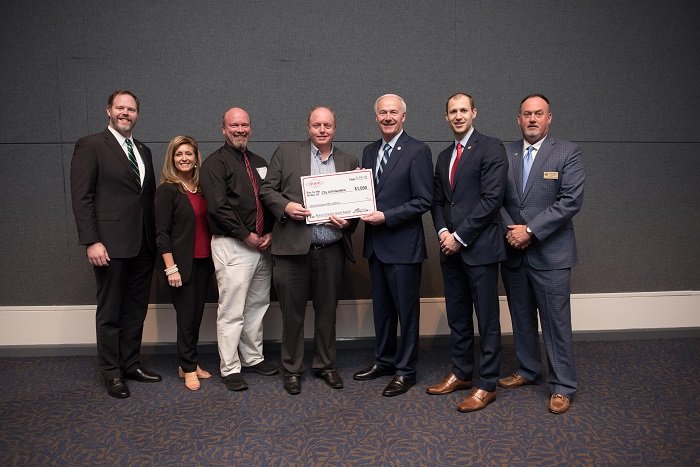 Officials from the city of Felsenthal received a grant from AEDC officials and Gov. Asa Hutchinson.