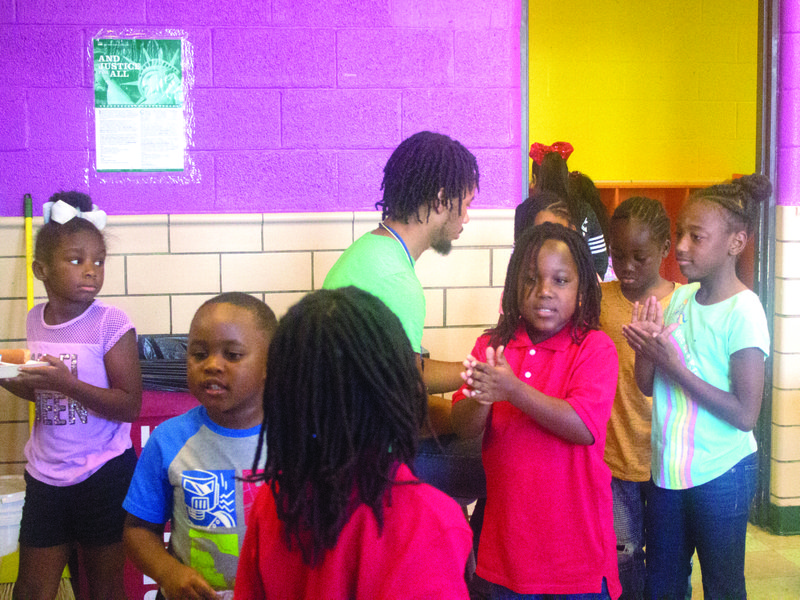 The fall semester has officially started at the Boys and Girls Club of El Dorado and with it comes new programming that will bring mentoring and healthy lifestyle learning to the children of Union County.

This year, the BGCE is reintroducing two new programs. The programs, both designed to impart life skills to children, come from the national arm of the organization, Boys and Girls Clubs of America.

“It goes into all kinds of prevention,” Lee said. “It’s about character and leadership. It’s kind of all-encompassing.”

SMARTMoves includes an acronym that stands for Skills Mastery And Resilience Training. The program teams BGCE children, staff and members of the community together to engage the children in a meaningful discussion about the prevention of harmful behaviors.

Lee said in the BGCE’s model of the program, older teenagers will act as mentors to their younger peers, both at the Teen Center and the Northwest Unit Youth Center.

“We have older teens and younger teens, so the older teens will be leading their younger colleagues through these exercises,” he said. “And then there will be times when they’ll lead some of our younger kids, because, you know, the younger kids will look at adults as adults, and we’re just not as cool as a teenager.”

The program uses role-playing and frank discussion to show children how to decline participation in harmful activities such as substance and alcohol use.

At the Northwest Unit Youth Center and the Teen Center, the BGCE is introducing the Triple Play program. Triple Play is the national health-and-wellness BGCA program.

“That’s kind of a mind, body, soul (-based curriculum),” Lee said. “It’s health-related, as far as what you eat, how you treat yourself, where your mind is going – just a whole body type of program.”

As Lee said, Triple Play has curriculum to help create healthy minds, bodies and souls in the children that participate. In the ‘mind’ unit of the program, children learn how their environment informs their health decisions, including what they eat, how they interact with the world around them and who they look to for a healthy example.

The ‘body’ unit of the program emphasizes daily challenges, remembering one’s physicality each day. The three tenets of that section are ability, increasing overall fitness; confidence, the knowledge that one is capable of physical activity; and motivation, the enthusiasm that makes physical activity a lifetime pursuit.

Social recreation is the primary focus of the ‘soul’ unit of Triple Play. This section has an explicit focus on healthy relationships, both with oneself and others, emotional regulation and responsible decision-making.

“It’s more than just physical activity; it’s everything, healthy lifestyle-wise. … Just taking care of yourself to be the best person you can be,” Lee said.

The BGCE recently held a fundraiser in collaboration with the Downtown Business Association. Ten small businesses participated, donating a portion of their profits earned during the week-long fundraiser to the BGCE.

Victoria Hollis, director of marketing and development at the BGCE, said while she does not have the total amount of funds raised calculated yet, she knows the fundraiser helped build awareness, both of the BGCE and El Dorado’s local businesses.

“I’m hoping that awareness-wise, we were able to kind of show people how important it is to shop local,” Hollis said. “They had a lot of traffic, so that was really great for the downtown businesses.”

“If the local businesses are thriving, then that’s good for not only the Boys and Girls Club, but other nonprofits as well,” Lee continued. “Because you’re not going to get Amazon sponsoring a local baseball team or an art project that we might have at the Club.”

The funds raised in the drive were used to implement the new programming at the BGCE. This week, Murphy USA employees are volunteering at the BGCE as part of the company’s yearly awareness and fundraising drive for United Way of Union County; so far, they have re-painted the baseball dugout, built shelves and worked with children on their homework.

To learn more about the new programs offered at the BGCE, visit bgca.org/programs or facebook.com/BGCELDO.