Who sends invitations to a funeral? 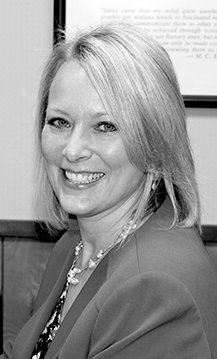 After all the hoopla last week about President Donald Trump not being invited to Sen. John McCain’s funeral, I noticed some of the president’s more exasperated supporters making social media posts like: “who sends out invitations to a funeral anyway?”

Good question. I had not given it much thought until seeing the barrage-like posts of people taking glee in the fact Trump wasn’t invited to McCain’s funeral — as well as the earlier service of former First Lady Barbara Bush. Oh … and that royal wedding.

Who sends invitations to a funeral? A lot of people, especially the rich, well-known and powerful. More than 1,500 invitations were send for Mrs. Bush’s funeral. Aretha Franklin’s service was private.

As I began researching the topic, I was surprised to learn there are many websites and blogs devoted to funeral etiquette. They offer specific information about sending electronic and printed invitations — and one site, everplans.com, offers tips to help potential funeral-goers determine whether they should attend.

Attending a funeral or memorial service shows support for the surviving family members, and offers you a chance to remember the person who died. “As a general rule, if you feel like you want to attend the service and you’ve been invited, then you should attend,” Everplans says. “If you didn’t know the person who died but you have a relationship with the bereaved—even if only a casual relationship—your attendance can help to make the bereaved feel cared for and supported. If you’re uncomfortable going alone, it is appropriate to bring a friend; on the whole, the more people that show up to a funeral or memorial service, the more supported the family will feel.”

Notice the reference made to whether you’ve been invited? The obituaries we see in newspapers or online typically are public. The death is announced; later the obituary runs with the time, day and location of services; and lastly a reminder of services is published. If you want to go, you are welcomed to attend. Sometimes we see obituaries that announce a public visitation and a private service for family is noted.

Everplans also gave reasons one should not attend a funeral or memorial service. “If the funeral or memorial service is for family only or if you think your presence would make the bereaved uncomfortable, then you should not attend,” the website said. “There also may be logistical complications in getting to the event that could prevent you from going, or could make the effort involved inappropriate given your relationship to the person who died or the family.”

Logistical complications would come into play with a president attending a funeral. Think about the safety and security involved. It may not always be a matter of whether he was wanted there or wanted to attend, though clearly he was not wanted at McCain’s service — and probably didn’t want to go anyway.

I came across an Aug. 14 article about the passing of acclaimed author Sir Vidia Naipaul’s funeral being kept a secret in London. Or that was the feeling his three sisters had. They had not been told anything about arrangements for their brother and it had been days since he passed.

One of the sisters told Newsday that the family heard through the grapevine that attendance at their brother’s funeral would be by invitation only. “It is the norm in England,” she added.

So what is uncommon to some Americans is the norm in other places. Everplans suggested that people who aren’t invited or can’t go to services do one of five things: offer condolences, send flowers, make a donation in the name of the deceased, send food or be there for the family at a later date.

In other words, be respectful. You may not get an invitation to a funeral, but you can be nice.

Shea Wilson is the former managing editor of the El Dorado News-Times. Email her at [email protected] Follow her on Twitter @sheawilson7.