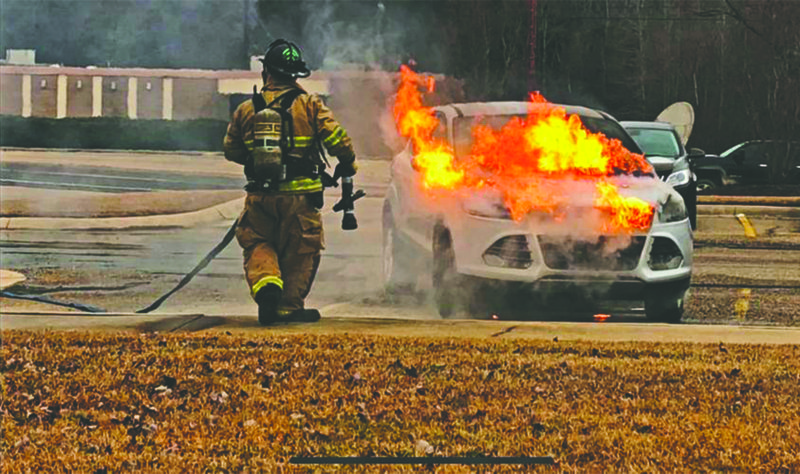 Car Fire: An El Dorado Firefighter battles a car fire in the parking lot of First Financial Bank on Timberlane and Highway 82. According to Teague Ford auto mechanic Brad Brown, the car became engulfed in flames after stopping on an incline in traffic along Hillsboro during a test drive. “I coasted the car into the parking lot out of traffic,” said Brown. Kelly’s Wrecker Service towed the charred remains of the car after firefighters quenched the blaze.