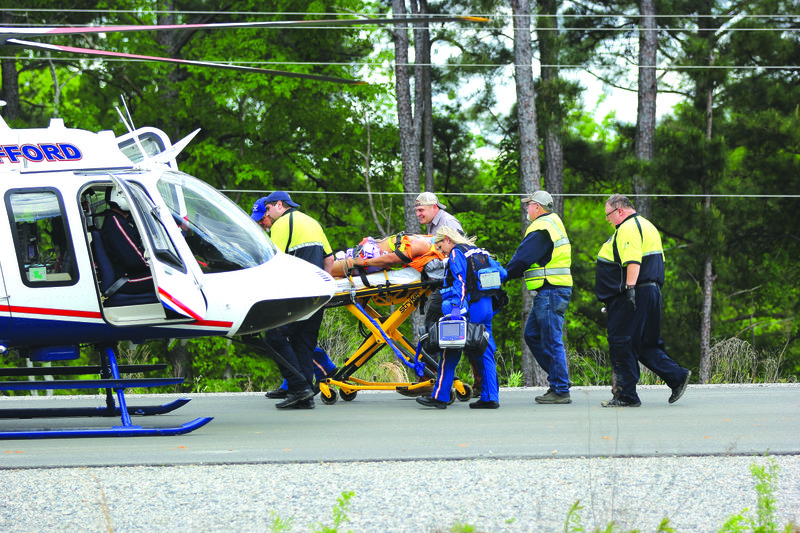 Two men were helping disassemble a crane for transportation at the new Calion bridge construction site when it collapsed over them Thursday, killing one and seriously injuring the other.

Elvin Bermudes and Eduardo Vasquez were knocking out pins to dismantle a boom crane at site.

After the last pin was removed, the boom caved in on top of the men, pinning them to the ground.

According to the Union County Sheriff’s report, workers who were standing by immediately began to use a forklift to raise the boom off of Bermudes and Vasquez.

The emergency medical personal on the scene had Bermudes airlifted to the University of Arkansas for Medical Sciences at Little Rock.

Vasquez was immediately sent to the Medical Center of South Arkansas when he was freed.

After his arrival, he succumbed to his injuries and was pronounced dead, the report stated.

The construction company, W.G. Yates and Sons Construction Co. of Philadelphia, Mississippi, has confirmed with the sheriff’s office that no other employee was injured in the accident.