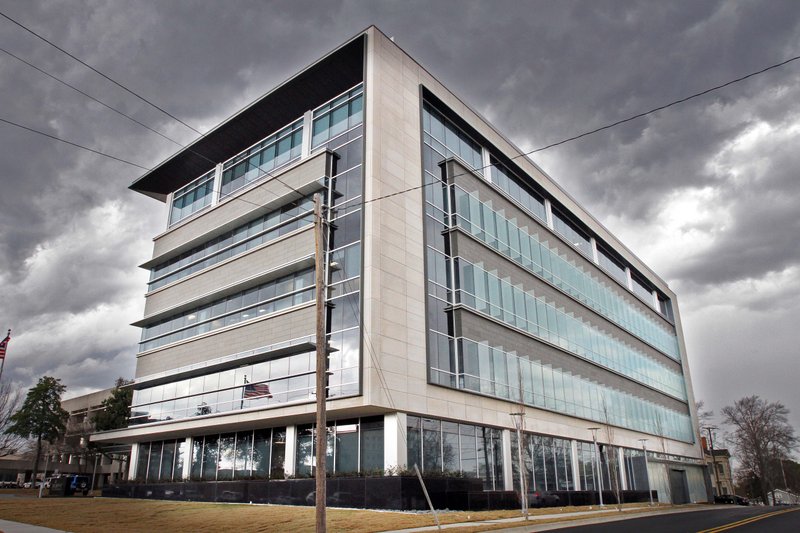 In response to the losses, the company has laid off 250 employees, or about 20 percent of its workforce, in response to low oil and natural gas prices, according to company officials, who held a conference call for shareholders on Thursday.

On Wednesday, the company also announced its preliminary financial and operating results for the first quarter, which ended March 31, that showed a net loss of $198.8 million, or $1.16 per diluted share, during the quarter.

The recent layoffs follow a 20 percent workforce reduction which was announced in October, and included several rounds of layoffs throughout the company, said Allison Parker, community relations spokesperson for Murphy Oil, on Thursday.

“There have been a series of layoffs across the company,” she said.

Parker did not release the number of workers affected in Union County due to the layoffs.

The El Dorado company said the most-recent layoffs occurred at the end of the first quarter. Murphy Oil had 1,258 employees as of Dec. 31, according to Murphy Oil’s annual report.

A call to Murphy Oil’s Houston office for further information was not returned before press time.

Oil prices have fallen about 60 percent since 2014 as the market became oversupplied with crude and demand weakened.

The prolonged price slump has stressed U.S. oil producers, forcing them to cut spending by idling drilling rigs and laying off tens of thousands of employees.

The company held a conference call for investors to discuss the financial situation on Thursday.

“Murphy remains focused on driving down operating and administrative costs across all segments of our business as demonstrated with our first quarter results,” Roger W. Jenkins, president and CEO of Murphy Oil, stated in the news release issued on Wednesday.

“We had strong first quarter production while executing on our aggressive capital reduction plan,” Jenkins said. “Our onshore base production and type curves in the Eagle Ford Shale and Montney continue to show strong performance as compared to our original plans.”

“We are maintaining our capital spending of $580 million as previously announced in late February and our annual production guidance of 180,000 to 185,000 barrels of oil equivalent, which has not yet been adjusted for a pending asset divestment and assets to be acquired. We will provide updated guidance upon the closing of these recently announced transactions,” Jenkins added.

Prices have rebounded slightly since plummeting below $30 a barrel in January. On Wednesday, West Texas Intermediate crude rose 13 cents to finish at $43.78 a barrel in New York, and Brent crude fell 35 cents to settle at $44.62 a barrel in London.

While the low prices have hurt oil companies, it has resulted in some of the cheapest gasoline in years for consumers. On Wednesday, the average cost of gasoline was $2.02 a gallon in Arkansas, down from $2.38 a year ago.

Murphy Oil said the quarterly results included a write-down of $95.1 million on its oil and natural-gas properties and restructuring charges of $9.3 million, a transaction which was announced last week.

One topic of the conference call on Thursday was the company’s plans to sell its stake in an oil sands mining venture in Alberta for more than $746.8 million.

Under the deal with Suncor Energy, Murphy Oil will divest its 5 percent, non-operating working interest in Syncrude Canada Ltd., a joint venture operation. Syncrude is the second asset in Canada that Murphy Oil has sold this year. The company also agreed to sell its natural-gas processing and sales pipeline in British Columbia to Enbridge G&P LP, a subsidiary of Unbridle Inc., for $381.6 million.

In response to low oil prices, Murphy Oil cut its capital spending plans by more than 60 percent earlier this year. The cuts followed a 30 percent reduction in spending in 2015.

The company said Wednesday that it will not alter its spending plans.

On Thursday, shares closed at $30.26, down by 7.77 percent, according to the website, marketwatch.com.

The Arkansas Democrat-Gazette’s Jessica Seaman contributed to this report.