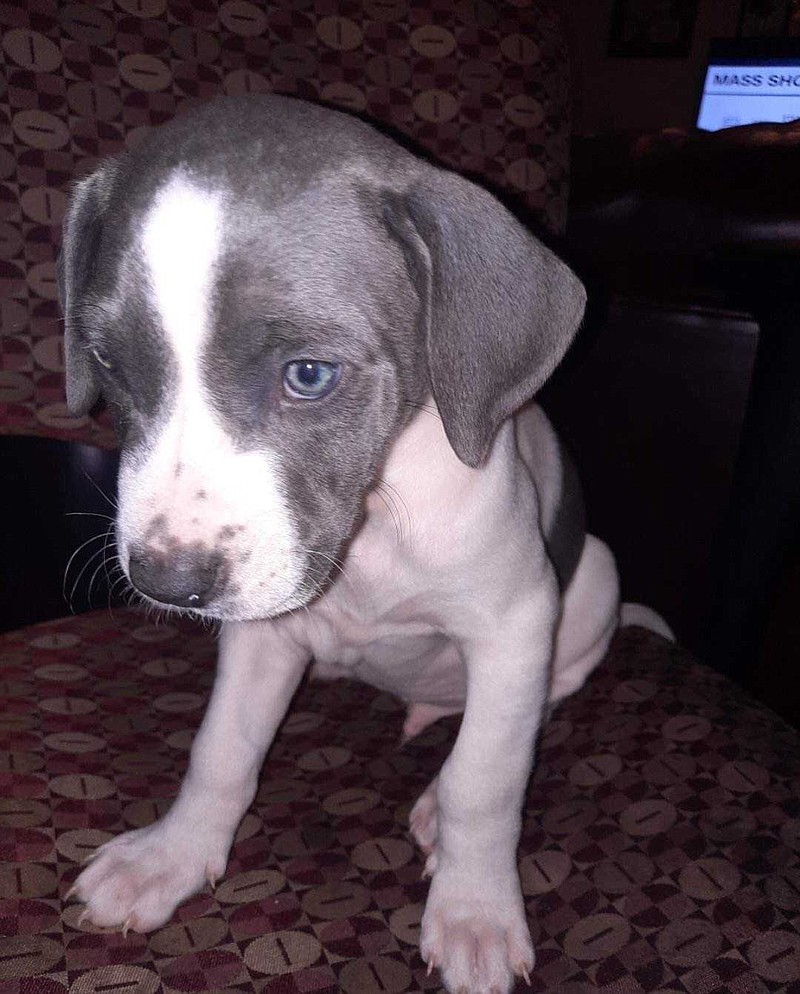 A puppy abandoned in a trash can in a local apartment complex was rescued by UCAPS on Monday. (Courtesy of Terra Walker/Special to the News-Times)

The Union County Animal Protection Society continues to face overcrowding at its shelter and adoption center, and is seeking the community's support as it prepares to lobby for local spay/neuter ordinances for pets.

Terra Walker, UCAPS Board president, said that on Monday alone, the nonprofit accepted seven puppies that were dumped at the Goodwill store into its care, along with another that was found in a trash can at an apartment complex.

Local residents can get involved to help in several ways. Those who are open to fostering animals can apply on the nonprofit's website. The application includes questions about the type of home one lives in, other pets, people in the home and what type of animal one is able to foster.

"We definitely need fosters," Walker said. "We need fosters of all kinds – small dogs, puppies, big dogs, and we need all lengths of time. If I had had a foster for four days, three days earlier this week – just taking that burden off us for a couple days at the Adoption Center is huge."

Throughout the week, UCAPS volunteers will be travelling to Minnesota, Illinois, Connecticut and Michigan to transport some of the animals in their care to other shelters. Volunteers are needed to help prepare the animals for transport, Walker said.

"Oh Friday, we'll have 30 animals leaving. All those puppies have to be bathed, I'll need help loading, I need another driver to go to this small town just over the state line. There's just so much need," she said.

And volunteers don't necessarily have to work with animals, she noted.

"Being a volunteer with us means all types of different things – helping us with our vet appointments, it might mean doing a transport, helping us at the adoption center. It doesn't even necessarily mean handling an animal – there's dishes, laundry, yard work. All those types of tasks pull us in 100 different directions and we just simply don't have enough people," Walker said.

On Wednesday, UCAPS will offer a low-cost spay/neuter clinic for cats. Walker said there are only spots for male cats still open, and those who are interested in signing up should call 918-230-4851.

Walker said in December that the nonprofit would focus this year on lobbying the city and county governments to pass ordinances requiring that local pet owners have their animals be spayed or neutered. She said that work can begin now, with local residents' help.

"Be an advocate for us. Talk about spay/neuter ordinances," Walker said. "The system is broken, and it's not just us. It's all across the South and it just keeps getting worse and worse."

She highlighted Texarkana as an example of a nearby city that has successfully passed a spay/neuter ordinance. The Arkansas side of the city strengthened its spay/neuter law last year, while the Texas side passed one for the first time, according to reporting by the Texarkana Gazette. Failure to spay or neuter animals six months or older is a misdemeanor punishable by a fine of up to $500 on the Arkansas side.

"I have a group, we've been working on it, talking about getting that process started," Walker said about local lobbying efforts. "We'll need enforcement with that. You have to have enforcement to make that work, and you have to have programs (to help cover the cost). Luckily we have the vouchers."

UCAPS offers vouchers that cover about half the cost of a spay or neuter procedure for local residents who want to get their pets "fixed" but don't have the funds to cover the procedure. The vouchers are funded by a voluntary tax collected by Union County.

The nonprofit could also use financial and material help, Walker said. Monetary donations are always welcome, as are cat food, dog food, kitten chow and other animal care necessities.

In March, UCAPS will hold its annual Furball fundraiser, this year with a St. Patrick's Day theme. Walker said the nonprofit is still seeking sponsors and items for the event's silent auction, and those who wish to get involved can call her at 918-230-4851.

For more information about UCAPS, or to get involved, visit ucapsshelter.org or the UCAPS and UCAPS Adoption Center Facebook pages. 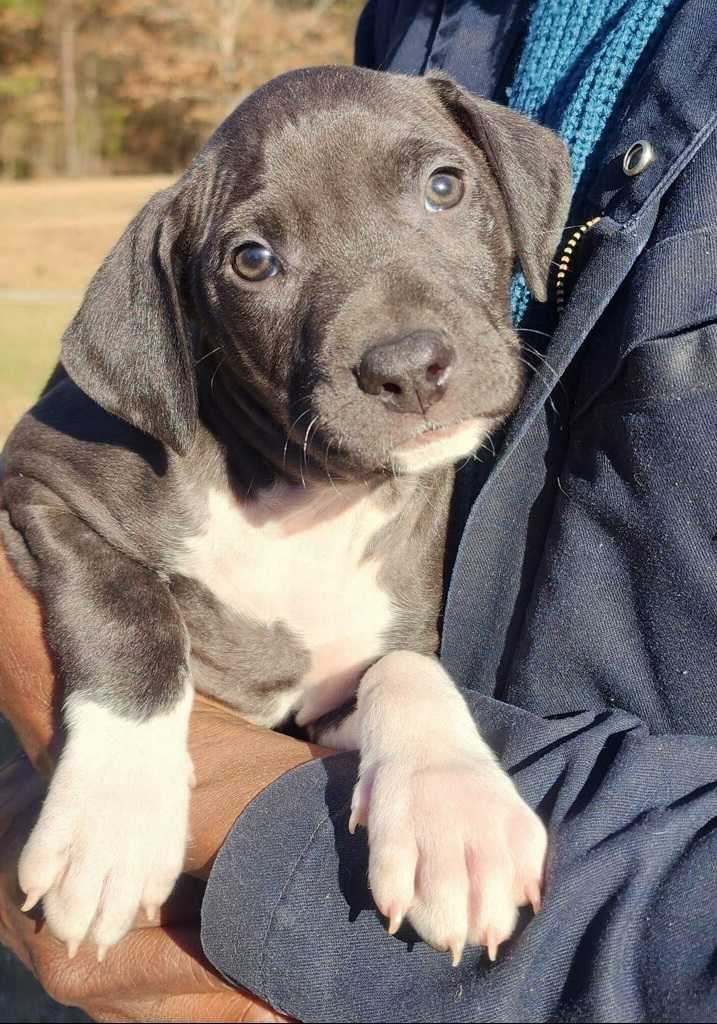 Part of a litter of seven, this puppy was abandoned at the Goodwill store with his brothers and sisters and rescued on Monday by UCAPS. (Courtesy of Terra Walker/Special to the News-Times)