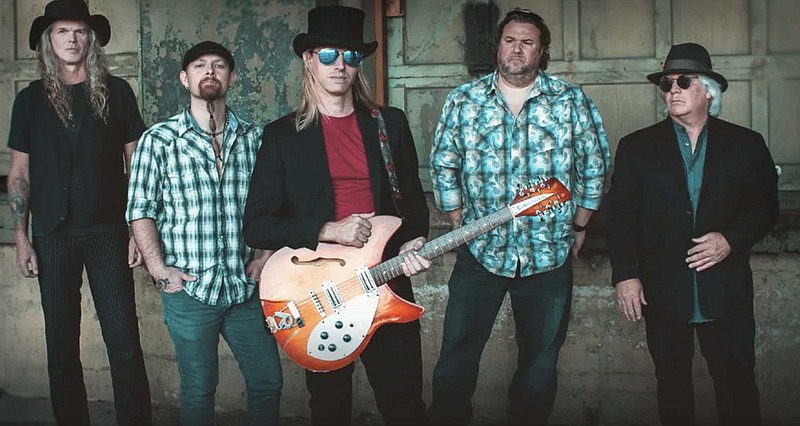 The Wildflowers, a Tom Petty tribute band, will perform on March 3 at the First Financial Music Hall. (Contributed)

Special to the News-Times

The Wildflowers, a Tom Petty tribute band renowned throughout the country and world, will perform in March at the First Financial Music Hall, the Murphy Arts District announced this week.

The concert is scheduled for March 3, and general ticket sales will begin on Friday, Jan. 27. Member pre-sale begins today at 10 a.m.

"Who doesn't love Tom Petty?" bassist Darryell Stone asked himself one day in 2012 while listening to the radio. There was only one answer he could imagine: "Nobody." Stone polled friends and fellow musicians about how the felt about Petty, including Jonathan Guthrie, a future band mate.

Guthrie, who could easily pass for the legendary lead of Tom Petty & the Heartbreakers, was also an avid fan, and he and Stone decided to start a tribute band.

Drummer Steve Lucas, a member of Stone's band Theatrix, quickly signed on to the project, along with Glenn Freeman, the band's now-keyboardist, harmonica player, guitarist and backing vocalist. Lead guitarist Curt Granger rounds out the lineup.

The new Tom Petty tribute band rehearsed with one focus – to recreate the music of Tom Petty with precision, attention to detail, and a reverent respect. Parts were studied in detail, down to inflections in the very way each word of every lyric was sang.

Tickets will be available for purchase at eldomad.com, the MAD Box Office at 101 E. Locust St. or by calling 870-444-3007. For more information about the concert, visit eldomad.com.