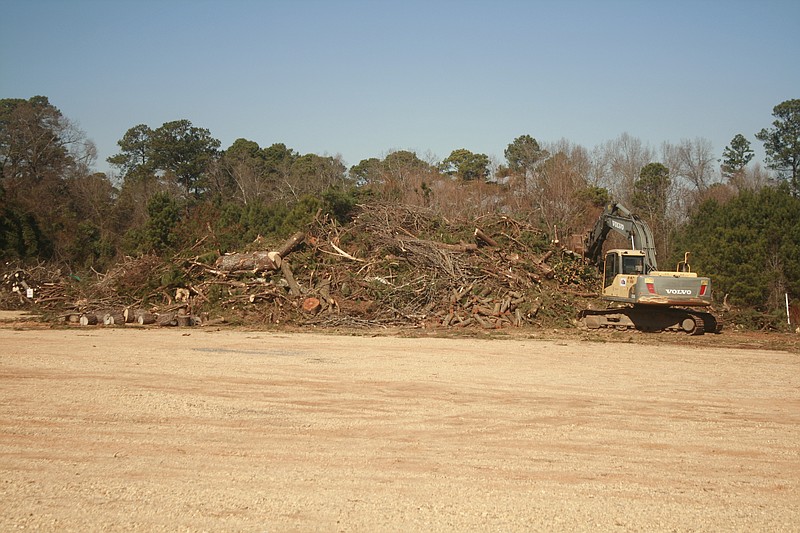 The county's clean-up in and around Parkers Chapel was wrapping up Monday following last Wednesday's severe weather.

A post on the NWS Shreveport Twitter page said damage from the storm largely came from "snapped and uprooted trees, with some of them falling on homes." The tornado produced maximum estimated winds of 107 miles per hour, had a path length of 9.53 miles and a maximum width of 840 yards.

County Emergency Management Coordinator Bruce Goff said Monday that the damage caused by the tornado ranged from "mild to moderate."

Goff said damage included forest damage on Pleasant Hill Road, a home damaged on Wesson Road and trailers knocked off block foundations on Cody Road, as well as a workshop that was destroyed.

Closer to Parkers Chapel, in the area of Ables Drive, several homes and trailers took damage from fallen trees with two being "totally destroyed" and the rest with mostly moderate damage.

No injuries or fatalities have been reported as a result of the storm.

Goff praised the response of local agencies and individuals who sprang into action following the storm.

"Multiple departments and volunteers came out. People's neighbors helped each other out and got out there with saws and helped get things opened up," Goff said.

"The County Highway Department and the Union County Sheriff's Office, the Parkers Chapel and Three Creeks Volunteer Fire Departments -- there were multiple departments helping to get roads open and check houses. We had a rapid check of all residents to make sure everyone was OK and it all went pretty smooth," he continued.

According to the National Weather Service, the EF - or Enhanced Fujita Scale - classifies tornadoes based on estimated wind speed as well as related damage.

NWS forecaster Michael Berry told the News-Times last Thursday that a team was in Union County surveying the damage. Survey teams take stock of the damage and compare it to a list of damage indicators (DIs) and degrees of damage (DoD) that help determine wind speed, according to the NWS.

EF-1 tornadoes are considered weak on this scale, with estimated winds of 73-112 MPH, and cause moderate damage such as mobile homes getting pushed off their foundations.