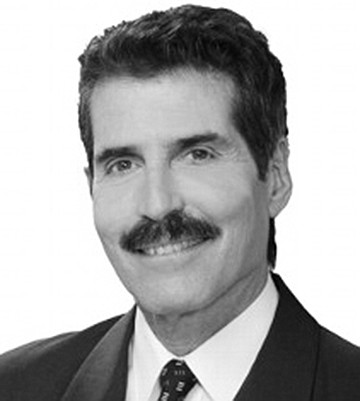 For decades, we've been told: recycle!

Recycling paper (or cardboard) does save trees. Recycling aluminum does save energy. But that's about it.

The ugly truth is that many "recyclables" sent to recycling plants are never recycled. The worst is plastic.

Even Greenpeace now says, "Plastic recycling is a dead-end street."

Hoffman often trucks it to a landfill.

But what he wrote was true.

"It's even more true today," says Tierney in my new video. "Recycling is an industry that uses increasingly expensive labor to produce materials that are worth less and less."

It would be smarter to just dump our garbage in landfills.

People think landfills are horrible polluters. But they're not. Regulations (occasionally, government regulations are actually useful) make sure today's landfills have protective barriers so they don't leak.

But aren't we running out of landfill space? For years, alarmist media said we were. But that's not true.

In 1987, media gave lots of publicity to a garbage barge that traveled thousands of miles trying and failing to find a place to dump its load.

But that barge wasn't rejected because there was a lack of room. States turned the barge away after hysterical media suggested it contained "infectious waste." The Environmental Protection Agency later found it was normal garbage.

Landfills have plenty of room for that. In fact, America has more space than we will ever need. Sometimes states and businesses even compete to get our garbage.

"If you think of the United States as a football field," says Tierney, "all the garbage that we will generate in the next 1,000 years would fit inside a tiny fraction of the one-inch line."

Putting garbage in landfills is often much cheaper than recycling. My town would save $340 million a year if it just stopped recycling.

But they won't, "because people demand it," says Tierney. "It's a sacrament of the green religion."

The religion's commandments are complex. New York City orders me to: "Place recyclables at the curb between 4 PM and midnight ... Rinse plastic containers ... Separate paper from plastic, metal, and glass." Paper must be tied "with twine into bundles no taller than 18 inches," and so on.

Worse, some recycling is pointless, or harmful.

"If you rinse a plastic bottle in hot water," Tierney points out, "the net result is more carbon dioxide in the atmosphere than if you threw it in the garbage."

Since most plastic can't be recycled, what's the environmentalists' solution now?

That's just silly. Plastic is useful. Using it often creates fewer emissions than its alternatives. Plastic bags create fewer than paper bags. A metal straw has to be used 150 times before it creates less pollution than a plastic straw.

Environmental groups rarely mention that, or how they misled us about recycling year after year.

"It's appalling that after telling people for three decades to recycle, they don't even apologize for all the time and money that they wasted," complains Tierney. "Instead, they have a proposal (banning plastic) that will make life even worse."

Plastic is not evil. Recycling is no climate savior. When Los Angeles mandated it, they added 400 big noisy garbage trucks.

That creates lots of pollution.

But environmentalists still demand we do things like pick through our trash, switch from plastic to paper bags that rip. California even banned small plastic shampoo bottles

"Some of these rules are just so arbitrary and silly," complains Tierney. "It's simply a way for greens and for some politicians to pretend that they're saving the planet."

Every Tuesday at JohnStossel.com, Stossel posts a new video about the battle between government and freedom. He is the author of "Give Me a Break: How I Exposed Hucksters, Cheats, and Scam Artists and Became the Scourge of the Liberal Media."