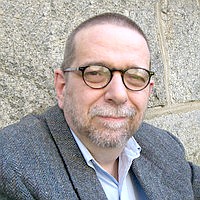 It's not a pretty story, but it really happened.

A number of years ago, the paper I was working for sent me and a photographer to a local high school. The high school was having a presentation aimed at convincing their students not to get pregnant during their high school years. The dropout rate was high. Test scores were low. It probably wasn't going to work.

The presentation was aimed at young women because boys get a pass when it comes to unplanned birth and because everyone knew the boys weren't listening.

I sat in the back of the auditorium with the photographer, and he got up sometimes to take a picture, and I took notes.

And we were both old dogs. He was on his second wife. I'd never been married, but I'd been engaged three times. We were in our 40s, both of us, and, like any other men that age, we had a hell of a lot to be sorry for when it came to our relationships with women.

A 16-year-old girl told her story. She had a baby. The boy ran away from her so fast, he left skid marks on the sidewalk.

"He told me he loved me," she said of the boy whose baby she had. "He said we'd be together forever. He gave me a teddy bear."

I turned to the photographer.

"So, some guy lied to her just to get sex?" I said, laughing.

"Yeah," the photographer said. "Nobody ever did that before."

"What does a teddy bear cost?" the photographer said. His kids were grown.

I wrote one hell of a compassionate story that afternoon, focusing on the girl who got a baby and a teddy bear in the same year, her sophomore year of high school. The photographer's picture made her look like the way a statute of the Virgin Mary would look if the virgin had a total of five earrings in her two shell-like ears.

Oh, it was sad, all right, but it was a sadness I knew pretty well, and one I knew wasn't ever going to leave the world.

And that is how we elect people in the United Sates of Teenagers.

Slick Donald Trump tells us he'll build us a wall, and we'll all have beautiful health plans, and he gives us beautiful red hats and, well, you know the rest.

Rep. candidate George Santos (maiden name Horowitz) tells us he's everything we want him to be, and our ballots drop and, outside, we're pregnant with the truth, and it isn't going to be a pretty baby.

In young boy terms, Santos is the guy who tells a girl he's "working on his music," which means he thinks up rap lyrics when he's high and, since he's high all the time, he's written a lot of rap lyrics. His attitude level is BMW. His talent level is bus pass.

You don't even have to buy us dinner. We'll be just as happy if you cut food stamps for someone else.

We are woo-able, and the wooing doesn't last long. A little gabble about a "media conspiracy" gets us all juiced up, just the way that rappin' boyfriend gets our loyalty aroused by telling us he can't get no good job because the world is "holding him down." Like Santos, the rappin' boyfriend doesn't seek a job befitting his talent level because his talent level is dollar store, and he's not goin' down like that, yo.

And we are left with a teddy bear and a red hat, and a bundle of squalling responsibility that the boyfriend sees about as often as you see a live unicorn in a dead neighborhood where all the streets lead to the next lie.

Marc Munroe Dion's latest book, a collection of his best columns, is called "Devil's Elbow: Dancing in the Ashes of America." It is available in paperback from Amazon.com, and for Nook, Kindle, and iBooks.