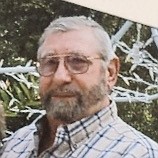 Charles was a member of Trinity Baptist Church in Magnolia, AR. He loved hunting and fishing, especially with his grandkids. Whether at home or at work Charles had a wealth of knowledge that he was more than willing to share with others. Charles’s favorite pastime was singing Karaoke and being the life of the party. He enjoyed cooking and baking. Charles had a forty-four year career with Milam Construction where he served as a General Superintendent, and was known affectionately as “Big Charles”. You could often find Charles riding the tractor in the yard and doing dirt work. He looked forward to Thanksgiving when all of the family would get together; he loved spending time with his kids and grandkids.

He was preceded in death by his parents; his loving wife of forty-four years Nadine Poole Crisp; three step children Kenny West, Stanley West, and Lisa West; and one step granddaughter.