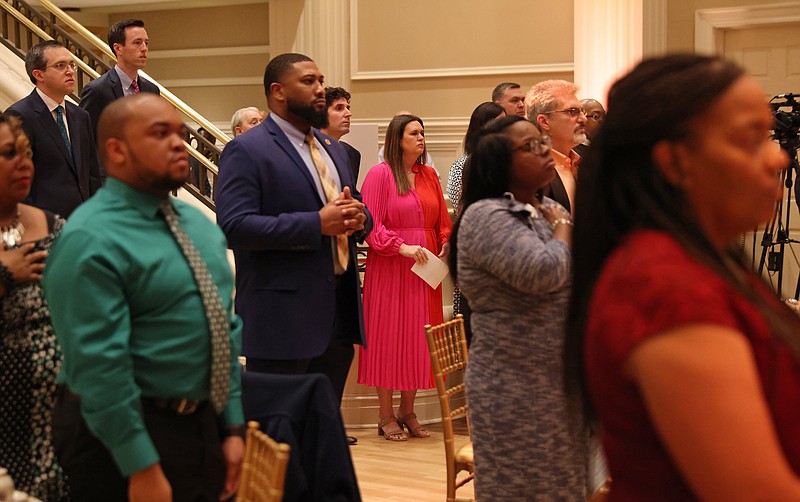 Reflecting on the legacy of the Rev. Martin Luther King Jr., Gov. Sarah Huckabee Sanders said Monday she felt there was no greater calling than "to look for how we can serve others and to lift one another up."

Sanders hosted the annual interfaith prayer breakfast in honor of the famed civil rights leader at the Governor's Mansion on Monday morning. The event marked the 30th anniversary of the Arkansas Martin Luther King Jr. Commission and was the first official event hosted at the mansion since Huckabee took office last Tuesday.

"I hope this can be a marker and set the tone for everything we do here over the course of the next eight years here at the Governor's Mansion," Sanders said.

During her remarks, Sanders recalled the 40th anniversary of the Little Rock Nine desegregation crisis when former President Bill Clinton and her father former Gov. Mike Huckabee opened the doors of Little Rock Central High School to the nine black students who were initially denied entry in 1957.

Sanders, who was a student at the school at the time, described the ceremony as "one of the most impactful moments of my entire life" and pointed to the bronze statues memorializing the students on the Capitol's north lawn.

"What an amazing moment for Arkansas to now have those students who were once barred from the schoolhouse memorialized in bronze at our statehouse," she said.

The statues were unveiled in 2005. At the time, the Arkansas Democrat-Gazette reported the statues were the first known Civil Rights monument on the grounds of a state capitol.

"I'm thankful for Dr. King's legacy ... and the call to action he left for each of us, not just to let this be a moment where we reflect on the past but a call to action where we step forward in service, " Sanders said. 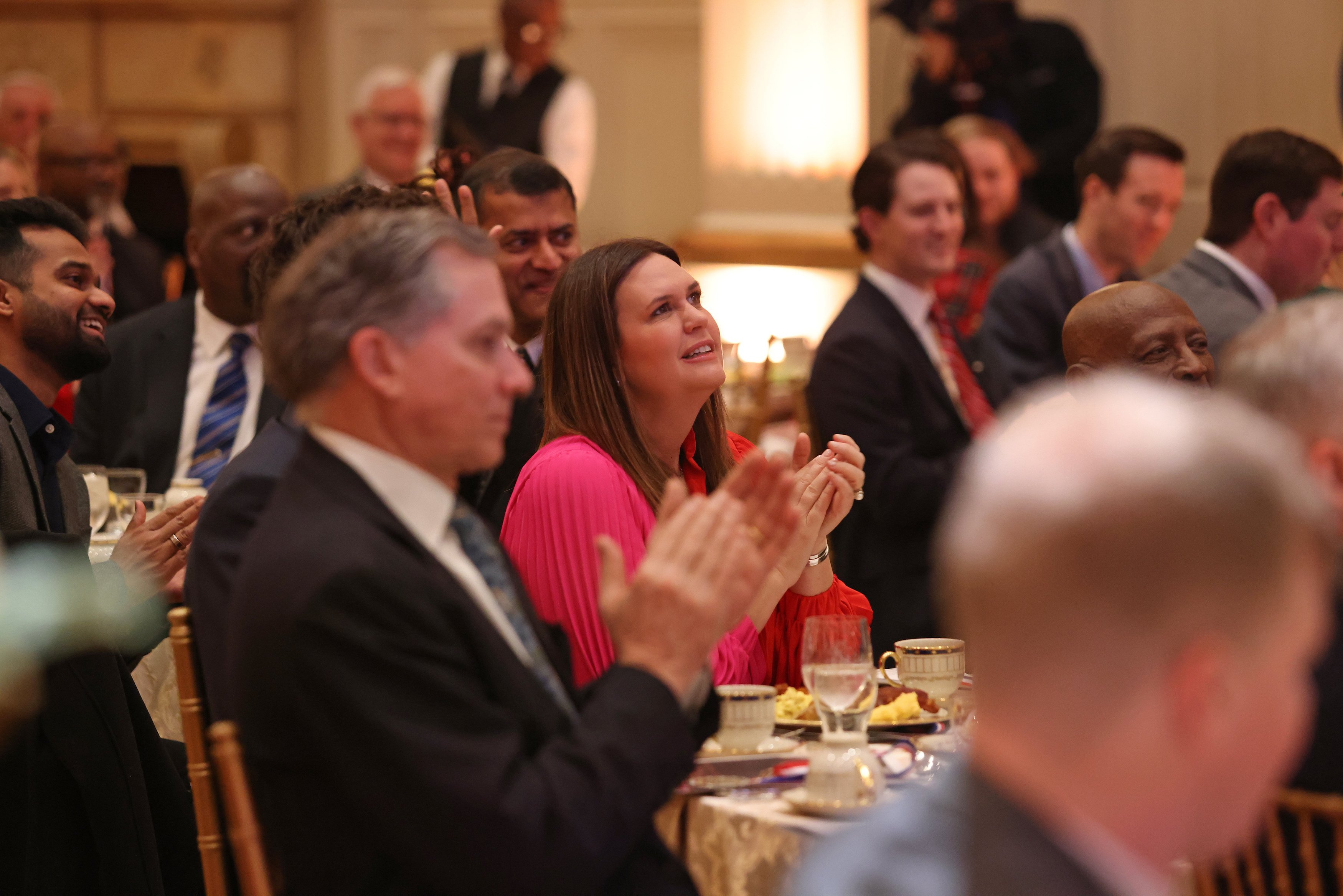