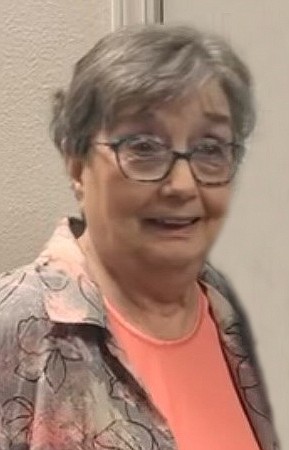 Kathleen was born on October 20, 1946, to Dale Watson and Mattie Dell Caldwell Watson in Shreveport, LA. Kathleen graduated from El Dorado High School in 1964 and on September 22, 1967, married her husband of 55 years, Cecil Jerry Nixon. Kathleen and Jerry went on to have 4 children, Karen McCullar, Michelle Carter, Jerry “Bubba” Nixon, and Cindy Nixon.

Kathleen began working at Parkers Chapel Elementary School as a substitute teacher and on September 22, 1980 she assumed the role of PC Elementary Secretary where she later retired on May 8, 2013. Kathleen spent over 30 years loving on and caring for any child that walked through her office door. Parents and children alike loved “Mrs. Nixon” and she loved them equally as much if not more. Kathleen also loved running the time clock for all PC Basketball games with her dear friend Jan Stinson. The two were quite the pair and very serious about watching the Trojans play ball.

When Kathleen retired she spent her time loving on her grandchildren that she spoiled beyond rotten and her fur babies, spending time with Jerry traveling and fishing, when time allowed, and of course watching her Arkansas Razorbacks, the Atlanta Braves and St. Louis Cardinals. Whenever the Hogs were playing she made sure to call her granddaughter, Madison, before the start of the game and after the game was over to get Madison’s take on the outcome.

A Celebration of Life will be held at Parkers Chapel First Baptist on Sunday, January 15th at 2pm. In lieu of flowers, the family requests donations be made to Hope Landing, Inc. 214 Hope Landing Rd., El Dorado, AR.

The family would like to express their gratitude to Davita Kidney Care, Medical Center of South Arkansas, Courtyard Health and Rehabilitation and Baptist Health Medical Center for the care and love given to Kathleen over the years and in recent days.