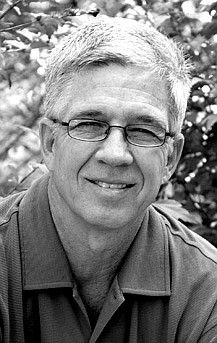 Cyrus is the 4th King for Daniel to serve under as recorded in the Book of Daniel. King Cyrus is regarded as a good and fair king and followed through by releasing the Jews back to their homeland after 70 years of captivity. God controlled Cyrus and used Cyrus for His divine purposes. Isaiah prophesied how Cyrus would appear and rule many years before Cyrus was even born: "This is what the LORD says-- your Redeemer, who formed you in the womb: I am the LORD, the Maker of all things, who stretches out the heavens, who spreads out the earth by myself, who foils the signs of false prophets and makes fools of diviners, who overthrows the learning of the wise and turns it into nonsense, who carries out the words of his servants and fulfills the predictions of his messengers, who says of Jerusalem, 'It shall be inhabited,' of the towns of Judah, 'They shall be rebuilt,' and of their ruins, 'I will restore them,' who says to the watery deep, 'Be dry, and I will dry up your streams,' who says of Cyrus, 'He is my shepherd and will accomplish all that I please; he will say of Jerusalem, "Let it be rebuilt," and of the temple, "Let its foundations be laid."'(Isa 44:24-28 NIV)

"This is what the LORD says to his anointed, to Cyrus, whose right hand I take hold of to subdue nations before him and to strip kings of their armor, to open doors before him so that gates will not be shut: I will go before you and will level the mountains; I will break down gates of bronze and cut through bars of iron. I will give you hidden treasures, riches stored in secret places, so that you may know that I am the LORD, the God of Israel, who summons you by name. For the sake of Jacob my servant, of Israel my chosen, I summon you by name and bestow on you a title of honor, though you do not acknowledge me. I am the LORD, and there is no other; apart from me there is no God. I will strengthen you, though you have not acknowledged me, so that from the rising of the sun to the place of its setting people may know there is none besides me. I am the LORD, and there is no other. I form the light and create darkness, I bring prosperity and create disaster; I, the LORD, do all these things. "This is what the LORD says-- the Holy One of Israel, and its Maker: Concerning things to come, do you question me about my children, or give me orders about the work of my hands? It is I who made the earth and created mankind on it. My own hands stretched out the heavens; I marshaled their starry hosts. I will raise up Cyrus in my righteousness: I will make all his ways straight. He will rebuild my city and set my exiles free, but not for a price or reward, says the LORD Almighty....But Israel will be saved by the LORD with an everlasting salvation; you will never be put to shame or disgraced, to ages everlasting. For this is what the LORD says-- he who created the heavens, he is God; he who fashioned and made the earth, he founded it; he did not create it to be empty, but formed it to be inhabited-- he says: "I am the LORD, and there is no other. I have not spoken in secret, from somewhere in a land of darkness; I have not said to Jacob's descendants, 'Seek me in vain.' I, the LORD, speak the truth; I declare what is right. "Gather together and come; assemble, you fugitives from the nations. Ignorant are those who carry about idols of wood, who pray to gods that cannot save. Declare what is to be, present it-- let them take counsel together. Who foretold this long ago, who declared it from the distant past? Was it not I, the LORD? And there is no God apart from me, a righteous God and a Savior; there is none but me. "Turn to me and be saved, all you ends of the earth; for I am God, and there is no other. By myself I have sworn, my mouth has uttered in all integrity a word that will not be revoked: Before me every knee will bow; by me every tongue will swear. They will say of me, 'In the LORD alone are deliverance and strength.'" All who have raged against him will come to him and be put to shame. But all the descendants of Israel will find deliverance in the LORD and will make their boast in him. (Isa 45:1-25 NIV)