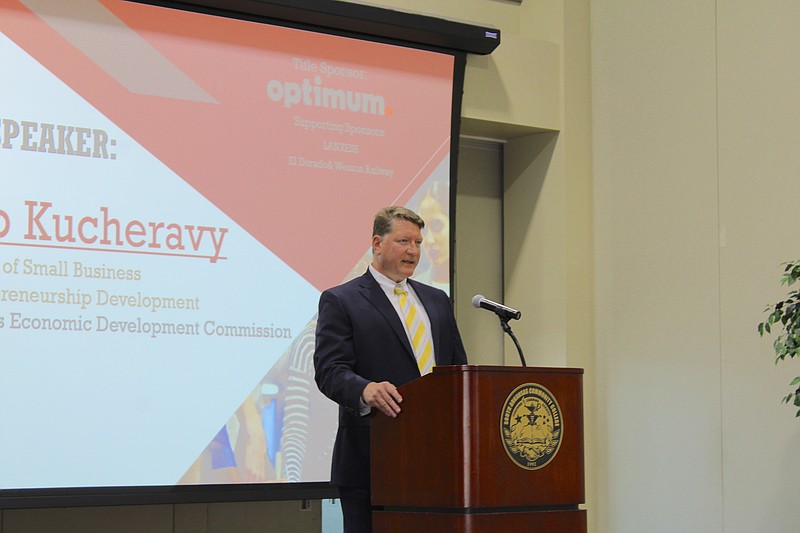 Lots of incentives and assistance are available for small business owners and entrepreneurs in Arkansas explained Bob Kucheravy, director of the small business and entrepreneurship development division at the Arkansas Economic Development Commission, on Wednesday during the El Dorado-Union County Chamber of Commerce's fall Economic Outlook Luncheon.

Kucheravy explained Wednesday the the AEDC's mission is to "create economic opportunity by attracting higher paying jobs, expanding and diversifying our state and local economies, increasing incomes and investment and generating positive growth."

"The whole team at AEDC works hard to help communities across the state achieve benefits from investments and assistance," Kucheravy said. "We understand economic development can mean lots of different things to different folks. In one sense, it's a broad concept; but in essence, it's the creation of wealth and economic opportunity for every community. As a state, Arkansas is a diverse culturally, economically and certainly geographically, and it takes all parts of the state... to drive solutions to the issues that face all of us."

One major way communities can ensure they are active in the state's economy is by participating in the Competitive Communities Initiative, Kucheravy said. The program involves increasing an area's ability to compete for jobs by targeting some of the pillars of community development.

Once the Competitive Communities designation is achieved, areas are recognized at the state level and included in more of the AEDC's requests for information (RFI) packets given to potential new businesses.

"This is an initiative to ensure that all communities in Arkansas are fully prepared to compete for jobs and investments," Kucheravy said.

Kaitlyn Rigdon, economic development project manager at the Chamber, said participation in the initiative is in the works locally.

"It's a long process, but we are working on it," she said in an email Thursday.

There are plenty of examples of businesses that started in small in Arkansas and grew to serve customers across the country and even the world: Walmart, J.B. Hunt, Alltel, Arvest Bank, Murphy Oil and Tyson Foods, to name a few.

Now, Kucheravy said, the state is working to become a leader in a new industry: technology.

"Many folks do not think of Arkansas first when they hear the words 'technology' and 'innovation,' but in terms of dollars, do you know what Arkansas' top export is? ... It's aircraft engines and parts," Kucheravy said. "Arkansas can be one of the leading states when it comes to technology and innovation."

Gov. Asa Hutchinson established the Arkansas Council on Advanced Mobility, which focuses on the advances in the transportation industry, like electric vehicles and autonomous delivery driving and drones, earlier this year to keep Arkansas at the forefront of the industry as it moves past traditional modes of moving goods.

Since 2018, the state has also offered grants to sponsor mentorship for start-up tech companies with its Business & Technology Accelerator Grants.

"Arkansas is a great example of what it takes to build an effective and innovative entrepreneurial emphasis. It doesn't just happen by accident; it takes vying from leaders across our communities, capital investments, partnerships with established companies and start-ups, top tier colleges and universities, innovative organizations such as the Venture Center and pro-growth policies," Kucheravy said.

The Venture Center is an "entrepreneur support organization" based in Little Rock. Innovate Arkansas, established in 2009 and funded by the AEDC, is similar, Kucheravy noted. Also, the Arkansas Research Alliance, a public-private partnership, invests in research "that stimulates innovation, encourages collaboration and strengthens economic opportunity."

The AEDC also offers business funding through some programs, including the Seed Capital Investment Program, which focuses on new scientific and technology companies; the Technology Transfer Assistance Grant, which provides support for transferring technology from an applicant -- which can include public or private enterprises or universities -- to a business based in Arkansas; and the Research & Development Tax Credit Program, which "allows credits against a taxpayer's" state income tax for some research expenditures or donations.

"We have a bright future ahead of us," thanks to the state's innovation in economic development and investments in technology, Kucheravy concluded Wednesday. 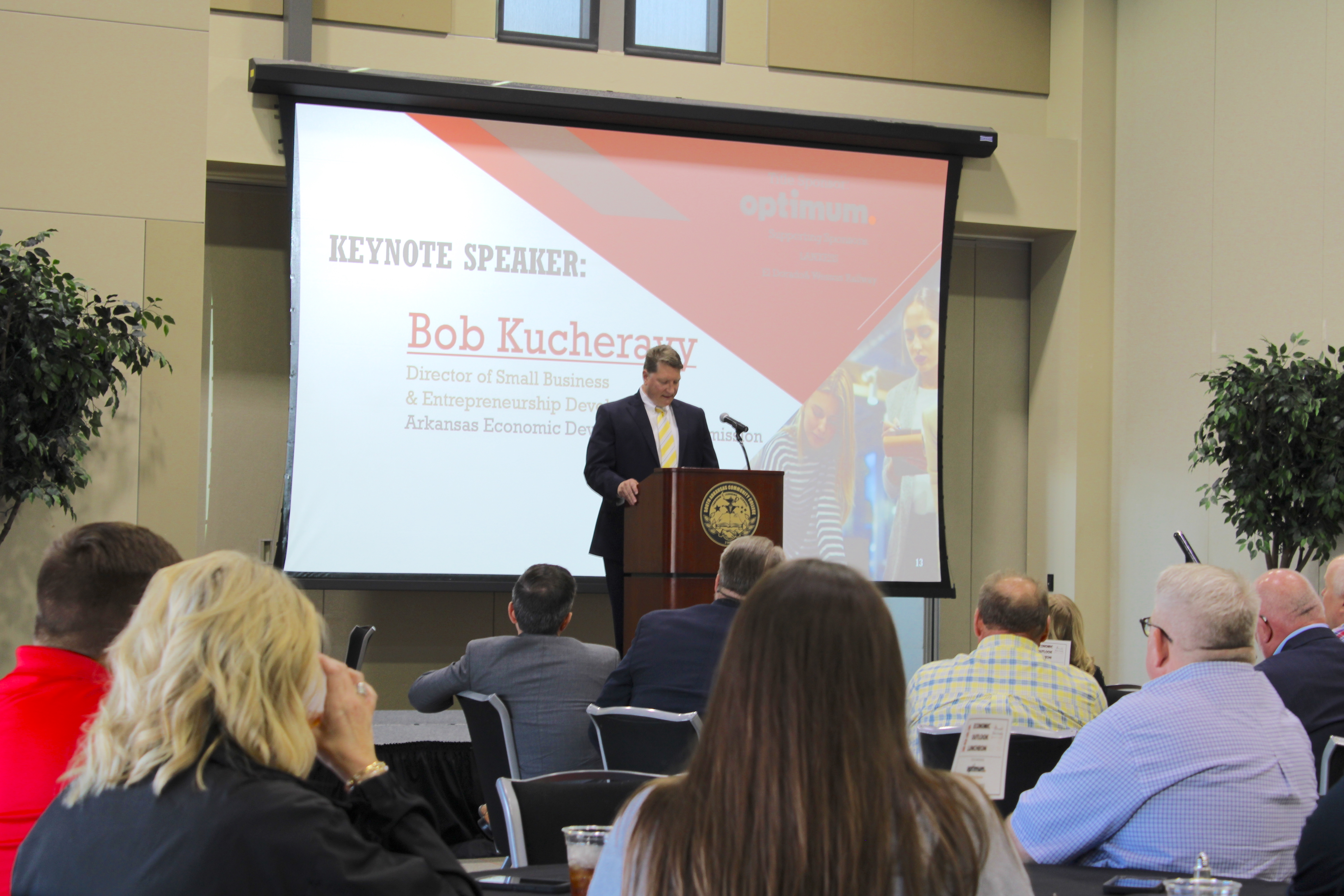