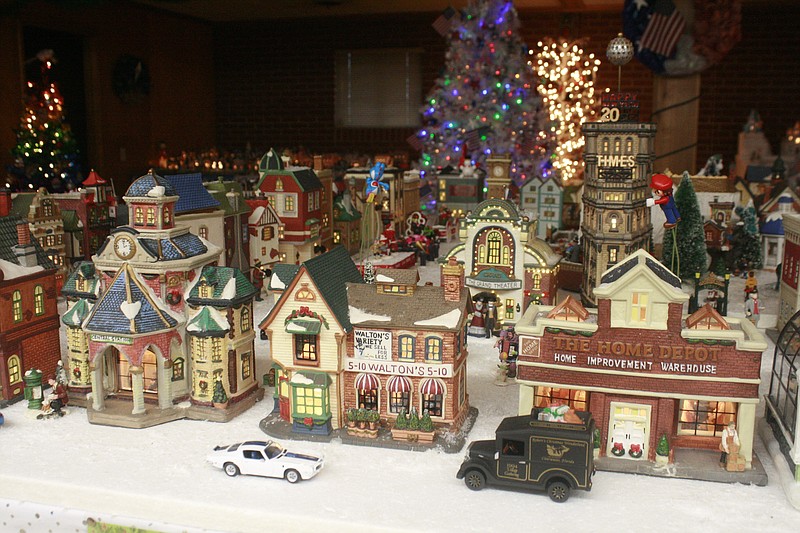 Christmasville will be open each Friday and Saturday in Smackover from 1 p.m. to 9 p.m. (Matt Hutcheson/News-Times)

Christmasville, an annual display of elaborate Christmas villages and decorated trees organized by Paul and Kay Smith, is back open again just in time for the holidays.

Located at the old city hall building in Smackover at 201 E. 7th St., the event kicked off on Thanksgiving Day and will now be open each Friday and Saturday from 1 to 9 p.m.

The display will also be open on Christmas Eve from 10 to 4 p.m. and will remain open this year until December 31.

The Christmas villages include several previous displays with some upgrades including the Christmas carnival, seaside village and others.

The villages are elaborately decorated with snowy scenes of sleepy villages and people and various Christmas decorations. Others focus on religious themes, such as a desert Bethlehem village complete with a nativity scene.

New villages this year include country Christmas, ski slopes, and Rudolph's village, among others. The children's room is also back this year to help entertain children while parents take in the villages and trees. Additional working trains have also been added this year, including one that wraps around three trees in the main room of the building.

The couple started working on Christmasville in September this year.

Kay Smith collects Christmas houses and figurines and uses them to bring the villages to life, while Paul Smith focuses on constructing the displays, carving Styrofoam and building accents such as train tunnels, and mountains for the ski slope display.

The trees, too, are themed, ranging from military themes decorated with ornaments honoring veterans to a tree of various toys the Smiths have collected among many others.

Kay Smith said that, as always, the event is free and open to the public. It's perfect, she continued, to help usher in the Christmas scene.

"People should come to get into the Christmas spirit. I lot of people come in saying they're not in the mood for Christmas and leave saying they are," Smith said.

"One lady came in – it was a surprise from her family – and said it was the best Christmas present she could have asked for," she continued.

Christmasville has been held in several locations in Union County over the year and is currently in its second year in Smackover. 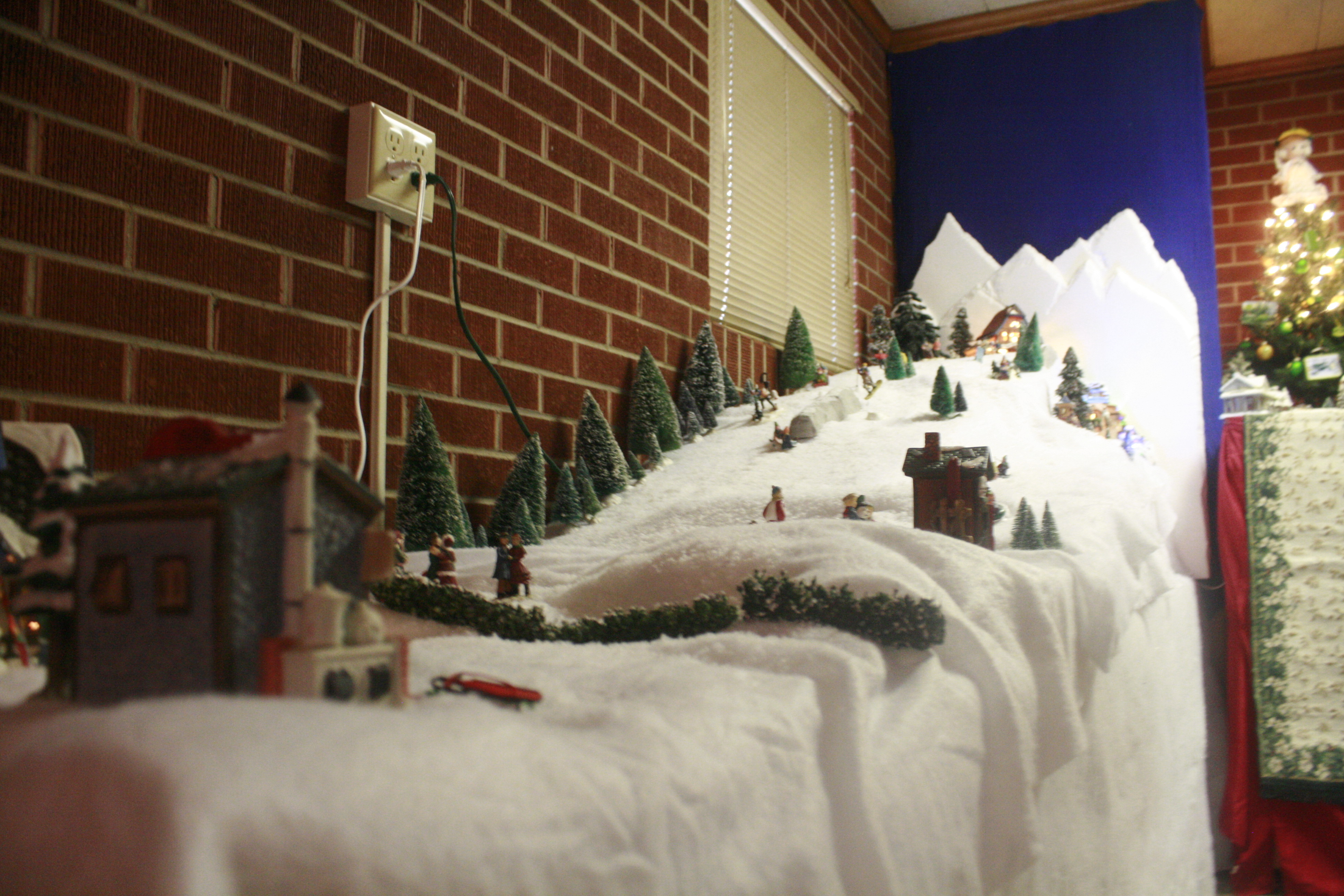 New additions to this year's Christmasville include the ski slopes display. (Matt Hutcheson/News-Times) 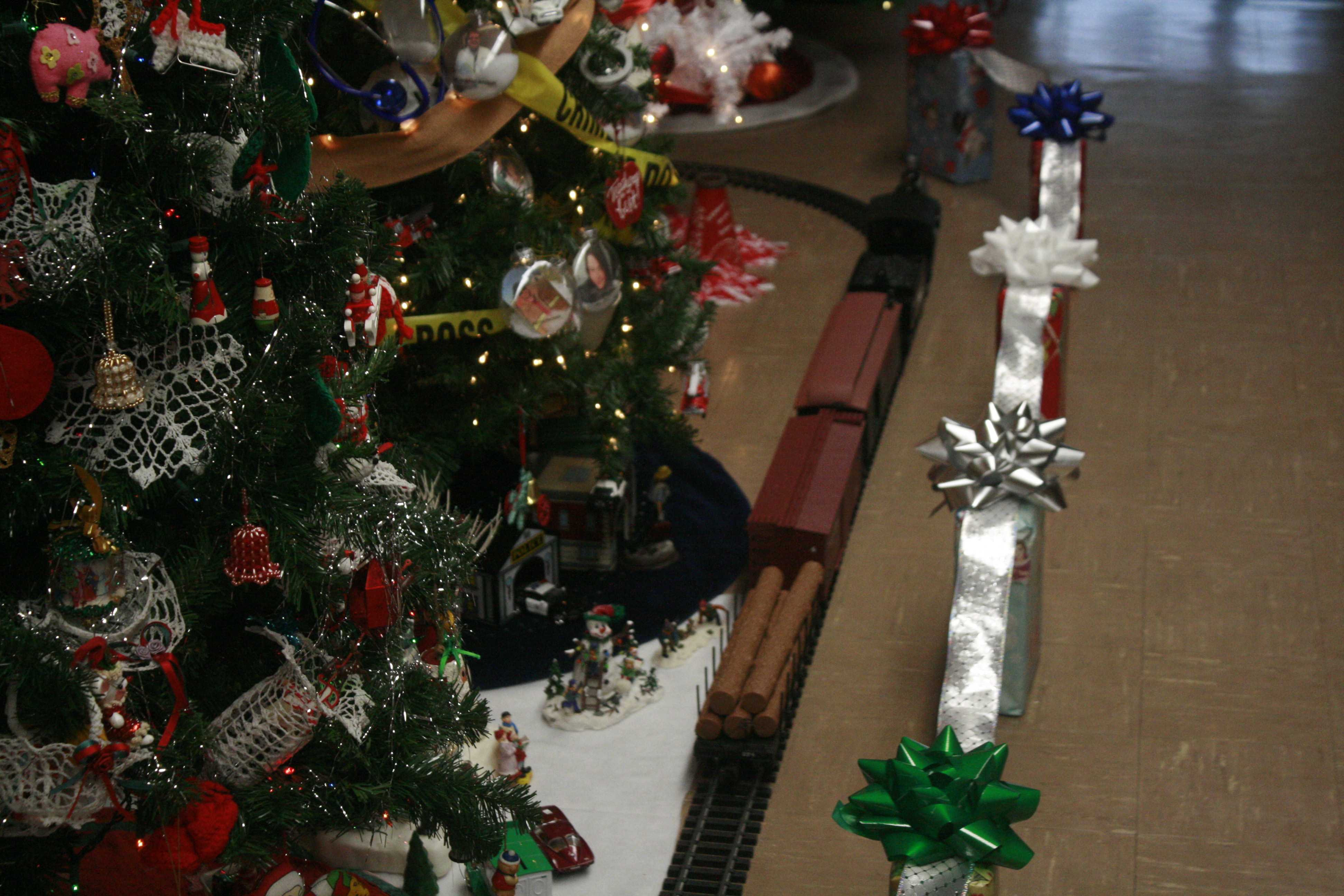 Several new working trains have been added to Christmasville this year. (Matt Hutcheson/News-Times)