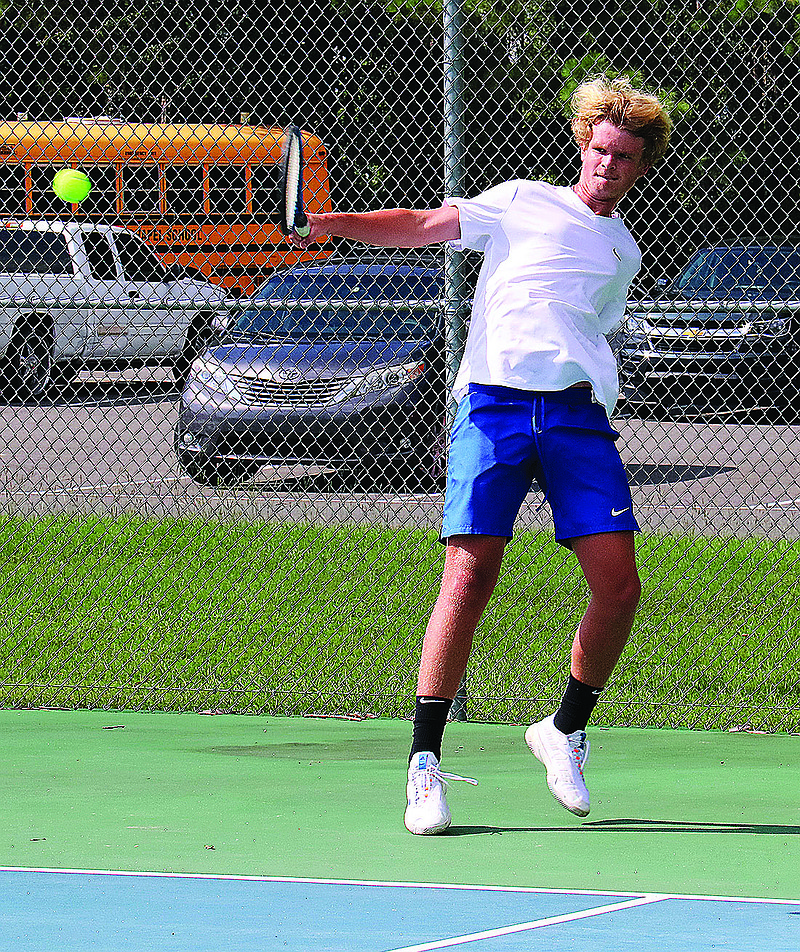 Jackson Dison walked off the tennis court at the El Dorado Country Club and into the arms of his mother. The two shared a long embrace after the junior captured his second straight 2A state singles tennis championship.

Dison, while always confident, wasn’t as brash entering the state tournament as the hunted rather than the hunter this season. It was evident in his post-match emotions how much retaining the championship meant.

“Jackson worked very hard this year and there were a lot of mental challenges that he faced as a returning champion,” said Parkers Chapel coach Casey Rapp. “He often felt like if he did not win, that he would let everyone down. Living up to that expectation can be tough on anyone. Most people think that being the returning champion would be easier. But there are a lot of worries that come with it and added pressure.”

Whatever pressure that weighed on Dison’s shoulders wasn’t evident in the state tournament. He didn’t drop a set and was never really challenged as he led the Trojans to the runner-up spot in the 2A State Tournament.

“I can tell you one thing is that most people don’t often get to see the full picture of Jackson Dison. He works very hard, more than just at school practice and puts pressure on himself immensely to be the best,” said Rapp.

“As a teammate, he matured a lot this season. He was more supportive and encouraging and I enjoyed getting to see that part of him grow. I think he had a great season both on the court and off and I am super proud of him.”