Judge Hamilton Singleton reminisces on career as he prepares for retirement 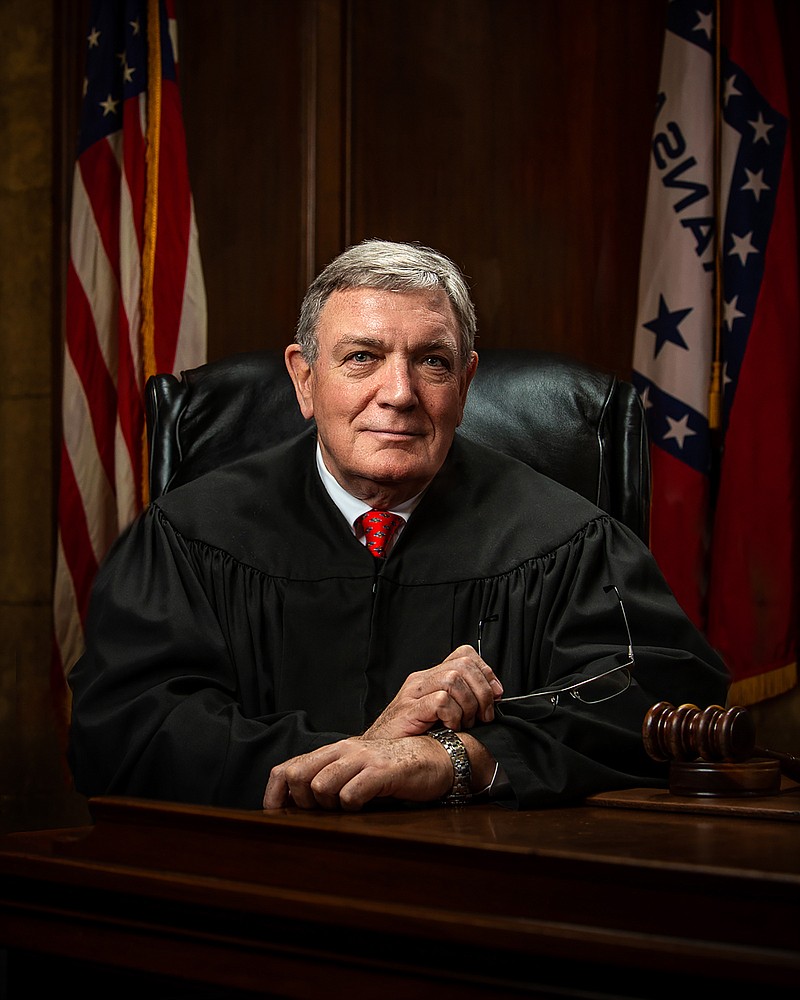 After an illustrious career as a lawyer and judge, Judge Hamilton Singleton is hanging up his robes and will enter retirement at the end of the year.

The road to law started in an unusual place for Judge Singleton, in a F.W. Woolworth retail store in Hollywood, Florida.

"I graduated with a (bachelor of science in business administration) in 1971," he said. "There were not any jobs anywhere in 1971, it was a horrible year for jobs."

He finally found a job at the Woolworth's and entered their management trainee program.

"It was the worst experience of my life," he said as he laughed. "So, I begged my parents to let me go to law school, and they agreed."

He took his wife and young daughter back to the University of Arkansas, where he graduated in December of 1975. In August, he passed the bar and was sworn in as a licensed attorney in Arkansas that September.

For 19 years he practiced as a lawyer, starting as a defense attorney for six years. In 1981, he crossed over and became a deputy prosecutor.

"I was chief deputy for Ouachita County and the only deputy for Calhoun County. I did that -- they were part time positions -- and continued with my family law practice," he said.

Working on both sides of the proverbial coin gave Singleton a unique look into the legal system.

"I thought being a prosecutor was a lot more fun than representing defendants, especially defendants who are guilty. There were other things we did as prosecutors other than criminal practice. It was probably, quite frankly, a little bit easier than the defense, because, theoretically, we didn't have a dog in the fight, we're just presenting facts. Good defense has got to be looking for the various angles where they can either walk the defendant or get a better deal than what has been offered," he said.

"It's an altogether different experience in the guilt phase when the jury comes back with guilty. You just went to a new level. All the fun stops. Everyone is really very serious, because you're offering this jury the choice of death, giving them the opportunity to sentence him to death by lethal injection. They came back with life without parole... which was fine," he said.

Singleton said a few mentors helped him on the way to the judge's bench, two being John Green and Judge Charles Plunkett.

Of Green, he said, "He was our circuit judge that handled all the criminal (cases) throughout the district. He was the only judge for a long long time that did criminal."

And of Plunkett, "He was a real source of information and direction in family practice and probate."

Over the years, Singleton said he has encountered individuals who came through his court and later turned their lives around. He recalled one time when a young man confronted him while he was eating lunch.

"In 2008 or so, we had been in El Dorado, broke for lunch and went to a BBQ place on East Hillsboro close by the bypass. Me and my court reporter walked in and there was this really nicely dressed up younger Black man with a hat and tie and coat and he said 'Judge Singleton!' I thought, 'Oh, God. here it comes,'" Singleton said. "I said 'Yes, sir.' He said 'You squared me up like a pool table.' What happened -- I had sentenced him 15 years in the Department of Corrections and he was getting married that day. He had gotten out and was getting married that day. He was thanking me for changing his life with the penitentiary, which is remarkable."

The judge said he's got some plans lined up for his retirement already.

"I have a list of things to do at the house. I need to build some new rails on my porch and back porch, just some repairs that have left undone but need to be done. I suppose I could hire it out, but I can do it, so I'm looking forward to doing that," he said. "I like working in the shop. I have a fairly complete woodworking shop. I build Adirondack chairs and Adirondack furniture."

Singleton uses his love of woodworking in his community service, building bookshelves for the Camden Lions Club reading program, which donates a bookshelf full of books to area children each year.

In 2021, Singleton received the W.H. Hussman Camden Man of the Year award from the Camden Lions Club in honor of his contribution to the community, which included being president of Habitat for Humanity.

He says that the years on the bench have changed his outlook on justice.

"As best you can, you have to be consistent; I think even predictable. But not always -- you have to be able to listen to some explanations with some degree of compassion. If there is anything I can do in the criminal procedure world to keep an individual out of the penitentiary for a non-violent crime -- I'll try anything," he said.

"I use to think, back when I was a prosecutor and in my early judge life, that I was like Saul and the Christians. Saul's job was to persecute them and kill them, put them in prison. I thought that's what my job was, was to persecute the criminals. But we can't keep building beds," Singleton said. "Where we can, we've got to find criminogenic needs, where these people have needs that have to be met to keep them out of the penitentiary to make them a productive part of our society. "

Looking back at his career, he said it's been a privilege to serve in the different capacities he has.

"My professional life as a lawyer was an absolute pleasure; even the hard cases were incredible. My time as a circuit judge has been an unbelievable privilege," he said. "I have loved these 28 years. It's hard to get up every morning and look forward to going to work, and I did."

Judge Singleton will finish out the year in the 13th Judicial Circuit Court's Division 1. 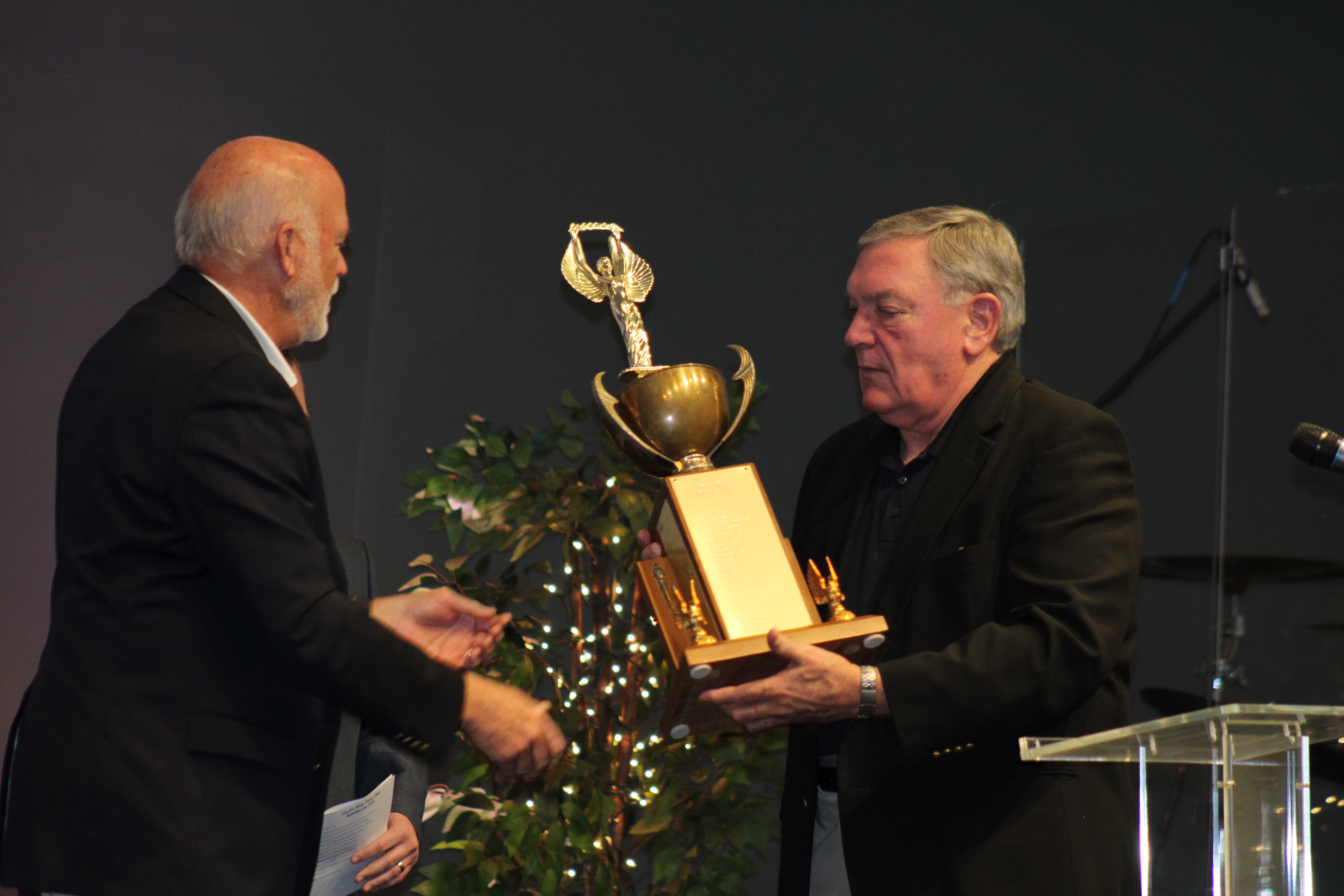 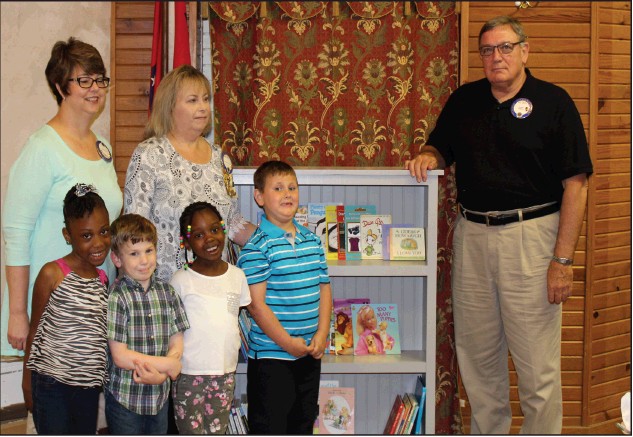 Judge Hamilton Singleton stands with members of the Camden Lions Club and children with bookcases he made to display books for a literacy program administrated by the club. (File photo) 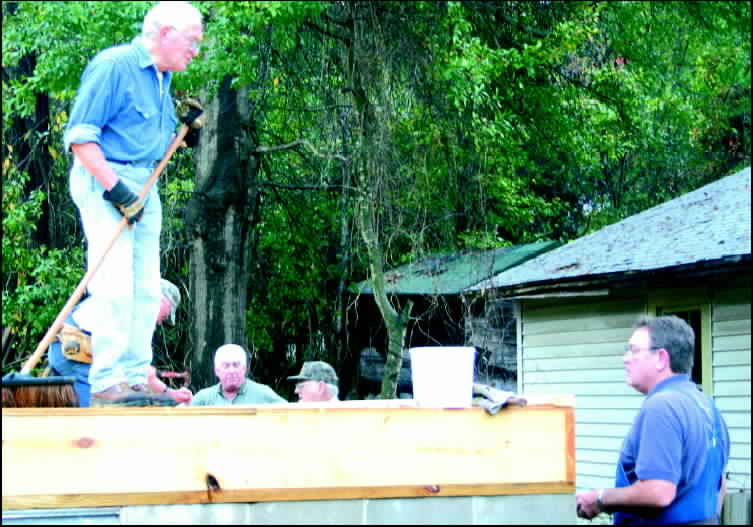 Print Headline: Judge Hamilton Singleton reminisces on career as he prepares for retirement