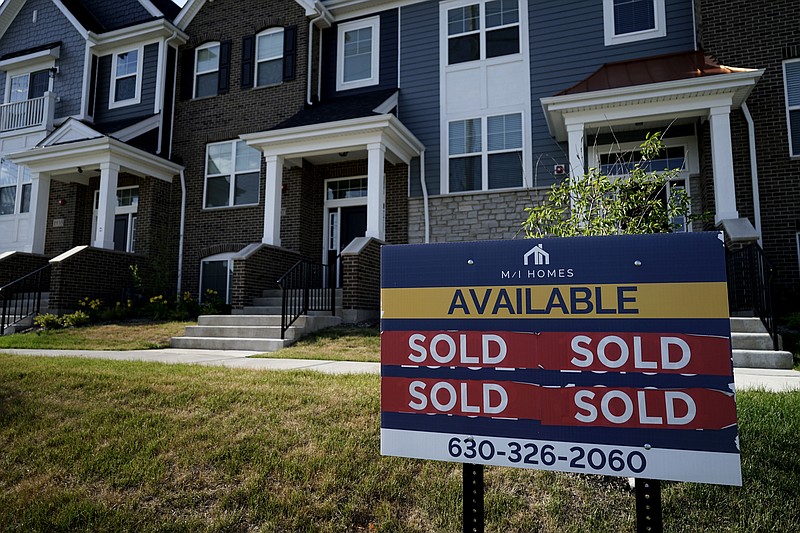 LOS ANGELES (AP) -- The average long-term U.S. mortgage rate has edged lower for the second time in as many weeks, though it remains more than double what it was a year ago --- a significant hurdle for many would-be homebuyers.

Mortgage buyer Freddie Mac reported Wednesday that the average on the benchmark 30-year rate fell to 6.58% from 6.61% last week. A year ago the average rate was 3.1%.

"In recent weeks, rates have hit above 7% only to drop by almost half a percentage point," noted said Sam Khater, Freddie Mac's chief economist. "This volatility is making it difficult for potential homebuyers to know when to get into the market, and that is reflected in the latest data which shows existing home sales slowing across all price points."

The Federal Reserve, which has been hiking its short-term lending rate since March in a bid to crush the highest inflation in decades, raised its rate again early this month by 0.75 percentage points, three times its usual margin, for a fourth time this year. Its key rate now stands in a range of 3.75% to 4%.

While recent data suggest inflation may have peaked, stoking hope that the Fed will begin to ease up on its rate increases, recent comments by Fed officials have dimmed such optimism.

The sharp rise in mortgage rates this year, combined with still-climbing home prices, have added hundreds of dollars to monthly home loan payments relative to last year, when the average rate on a 30-year mortgage barely got up above 3% much of the time.

The run-up in mortgage rates has prompted many homebuyers to choose adjustable-rate mortgages, or ARMs, over the benchmark 30-year, fixed-rate loan. The adjustable-rate loans reduce borrowers' monthly payments in the first few years of homeownership. Another approach that's become more popular in recent months: sticking with a fixed-rate 30-year mortgage, but paying to lower the interest rate for the first two or three years.