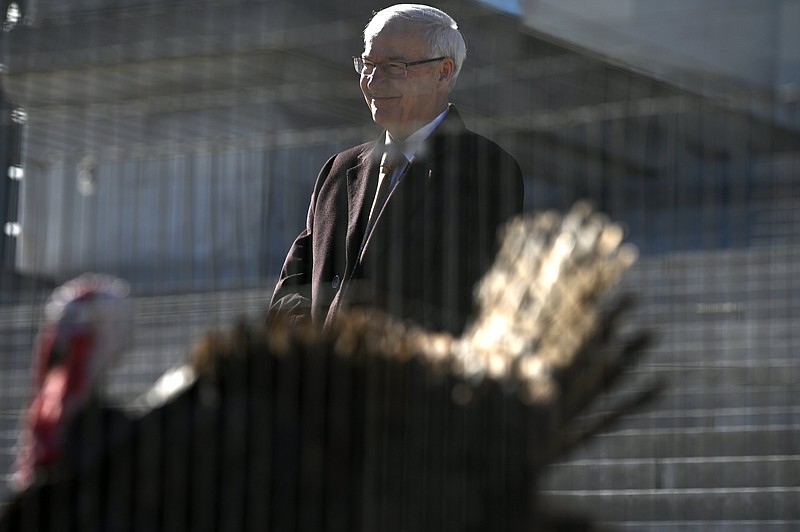 Governor Asa Hutchinson pardons a turkey named George on the steps of the Arkansas State Capitol during a proclamation ceremony declaring the week of November 20-26 as Arkansas Turkey Week. A turkey named Randy was also pardoned by the governor Monday.