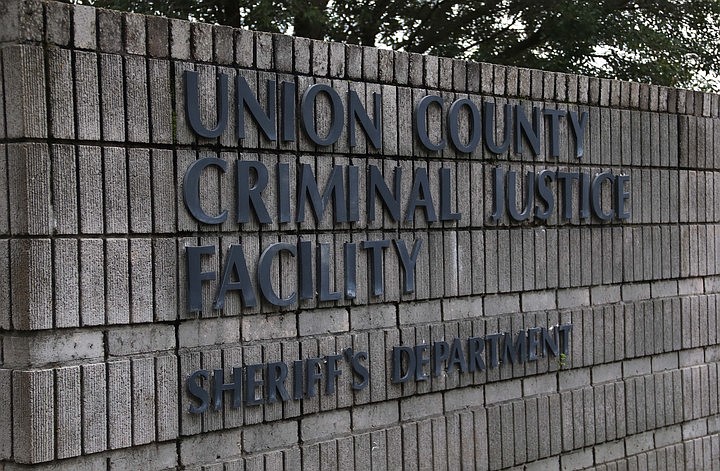 The Union County Detention Center is seen in this News-Times file photo.

One suspect is in custody following a roadside shooting incident that occurred Wednesday morning.

Thomas Jerry, 71, faces felony charges of first-degree battery and early Wednesday afternoon was awaiting a bond hearing in the custody of the Union County Sheriff’s Office.

Capt. Jeff Stinson, chief investigator for the UCSO, said the shooting victim, a 46 year-old man, and a member of his family, a woman, had pulled over in the 600 block of Nick Springs Road, where they were having an argument on Wednesday morning.

Jerry, who was in his own vehicle up the road a ways, observed the argument and decided to intervene, Stinson said.

“Somewhere in the process, the suspect in this fired one round and struck the victim in the side of the face,” he said.

The victim was not in imminent danger from the gunshot wound as of early Wednesday afternoon, Stinson said.

“He’s doing as well as can be expected,” he said. “Everything appears that he’s going to be okay. He was talking coherently (according to our) last update from the hospital.”

Jerry was set to have a virtual bond hearing Wednesday afternoon.

“The motive at least appears to be honorable, for lack of a better term. (Jerry was) stopping to check on the people, I guess, and things sort of escalated and we had a shot fired,” Stinson said.

The UCSO’s investigation into the incident is ongoing, Stinson said.

“We still have to do a little more in-depth interview with the victim and the family member. They were under a good deal of stress earlier,” he said.

This is a developing story. The News-Times will provide updates as they become available.