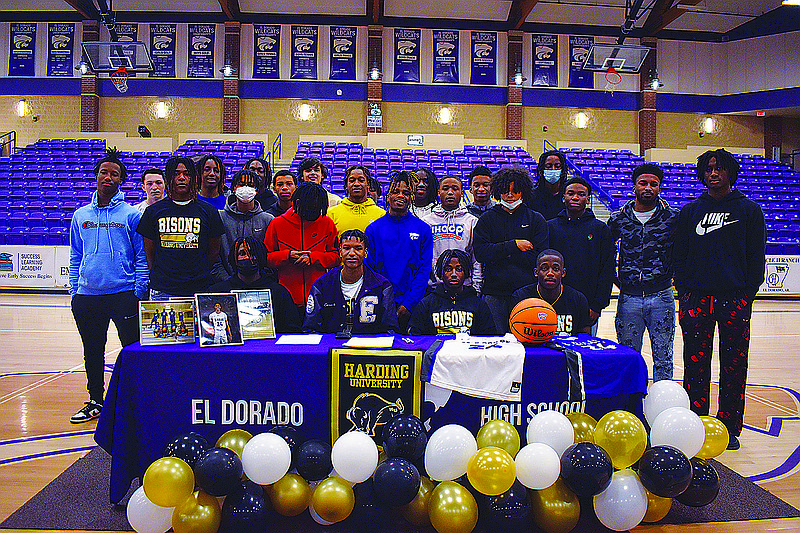 For the 6-foot-9 forward, the signing ceremony in Wildcat Arena was the culmination of years of hard work and dedication.

“It’s always been a dream of mine to become a collegiate basketball player. I finally get the chance to do that,” said McHenry, who scored 25 points later that night in the Wildcats’ 63-47 loss to Cabot.

“I’m excited for him. The road he’s had the past two years with the injuries and everything else, he’s really worked his way into the player he is,” said El Dorado coach Jimmy Porter. “He’s going to only get better as we go through this year. He’s going to get better and better.

McHenry said he chose Harding over Troy and Southern Arkansas University, among others because, “The school in general, they just made it feel like a home.”

McHenry said he’d like to study biomedical engineering and perhaps pursue a career working with prostethics and artificial organs.

“I want to thank my mom,” McHenry said. “She’s always been around. She’s always helped me. And, she grew me into the young man I am today.”