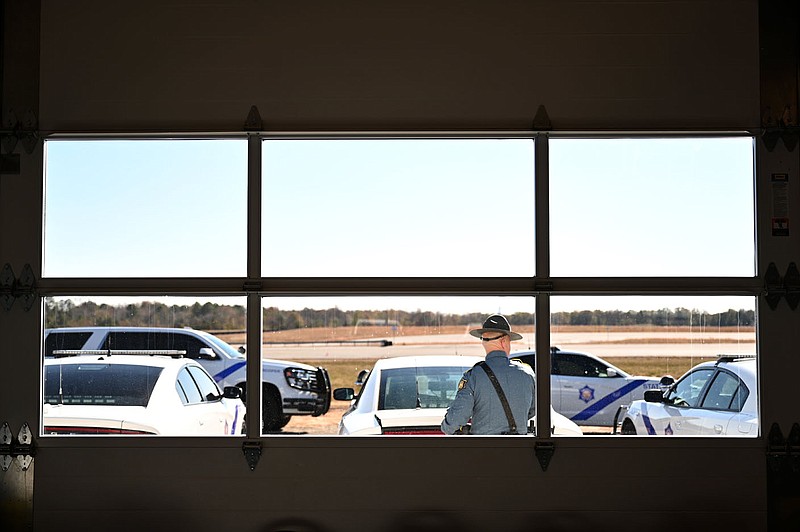 Arkansas State Police and other state officials on Thursday dedicated a training facility at Camp Robinson in North Little Rock that includes a driving track and newly constructed classroom buildings as well as plans for barracks and further amenities for trainees.

The 2.8-mile track, which includes sections modeled after interstate and smaller two-lane highways as well as tighter urban and residential street plans, represents a major step up from the runway of the Stuttgart airport, where driving training used to take place, state police Director Col. Bill Bryant said.

The track at the Precision Driving Training Complex isn't just for state troopers. Any certified law enforcement agency can ask to use it. This is important, Bryant said, because many local police agencies don't have the capabilities to offer more advanced training than what the Arkansas Law Enforcement Training Academy can provide.

"This will save lives," Bryant said.

The purchase of 300 acres of land and the construction of the track, an adjacent building with an observation tower and classrooms for training, and another nearby building with more classrooms cost around $20 million, state police spokesman Bill Sadler said.

However, there are plans to build barracks and a dining facility for trainees, which will put the total cost of the complex at around $40 million, said Frank Guinn, chairman of the board of the Arkansas State Police Foundation.

"We are not nearly finished," Guinn said Thursday.

So far, the project has been paid for from a number of public and private sources, Guinn said. The foundation, which is private, gave several million dollars from fundraisers while Gov. Asa Hutchinson provided $8.8 million in state funds, Attorney General Leslie Rutledge provided $3.5 million from legal compensation won in the state's suits and the Arkansas Department of Transportation gave $1.5 million.

Rutledge on Thursday announced she would be giving a further $5 million from the attorney general's office toward the rest of the project. That's a third of the $15 million that Guinn estimated still needed to be raised.

The Republican attorney general, who earlier this month was elected as the state's next lieutenant governor, cast her office's financial backing of the training complex as a way to show support for all Arkansas law enforcement, who she said do a dangerous job and need affirmation.

Hutchinson hopes the driving track, which he said is one of the best in the nation, will help state troopers feel supported by their state government and aid in recruitment efforts.

"The state police, to me, is the pride of our law enforcement," Hutchinson said.

When the project is completed, Guinn said, which may take many years yet, it will be named in honor of Hutchinson.

Although much of what has been built so far was recently finished, state troopers have been using the track itself since 2019, while the rest of the buildings were still in the works, state police Maj. Charles Hubbard said.

Hubbard, who leads the agency's Administrative Services Division, said all troopers complete their yearly driving training on the course, and several other police agencies have also used it.

"It's such a realistic training compared to what they're used to," Hubbard said.

The section of the road course that is modeled after an interstate highway has been dubbed Interstate 13, after the 13 officers who made up the state police when the agency was created in 1935, while other portions were named after state troopers killed in the line of duty over the decades, Hubbard said.

There are aprons built onto the sides of some portions of the course that allow troopers to safely practice Precision Immobilization Technique -- usually referred to as PIT -- maneuvers, Hubbard said. That's where a trooper uses the front of their patrol vehicle to ram and immobilize a suspect vehicle during a pursuit, spinning them out in an attempt to bring them to a stop.

Between 30 and 35 older state police vehicles that had high mileage but were still serviceable were moved to the facility, Hubbard said, where they were fitted with roll cages and four-point harnesses to make them safer to train in at high speeds.

Some civilian vehicles were also procured for use in traffic stop and wreck response training, Hubbard said, but they're not meant for use at high speeds.

Attached to the building with the observation tower, a garage and maintenance shop allows training vehicles to be repaired without having them towed back to the main patrol vehicle workshop at state police headquarters in Little Rock.

On any given day, six to eight troopers might be running the course, Sadler said.

When Sadler first joined the agency in 1997, having a track for driving training was just a dream, he said.

But the newly dedicated facility, Bryant said, is now an even better training course than the examples they looked at in Louisiana and other states when planning the project. State police have gone from being one of the few state police forces without some sort of driving course to having one of the best, he said. 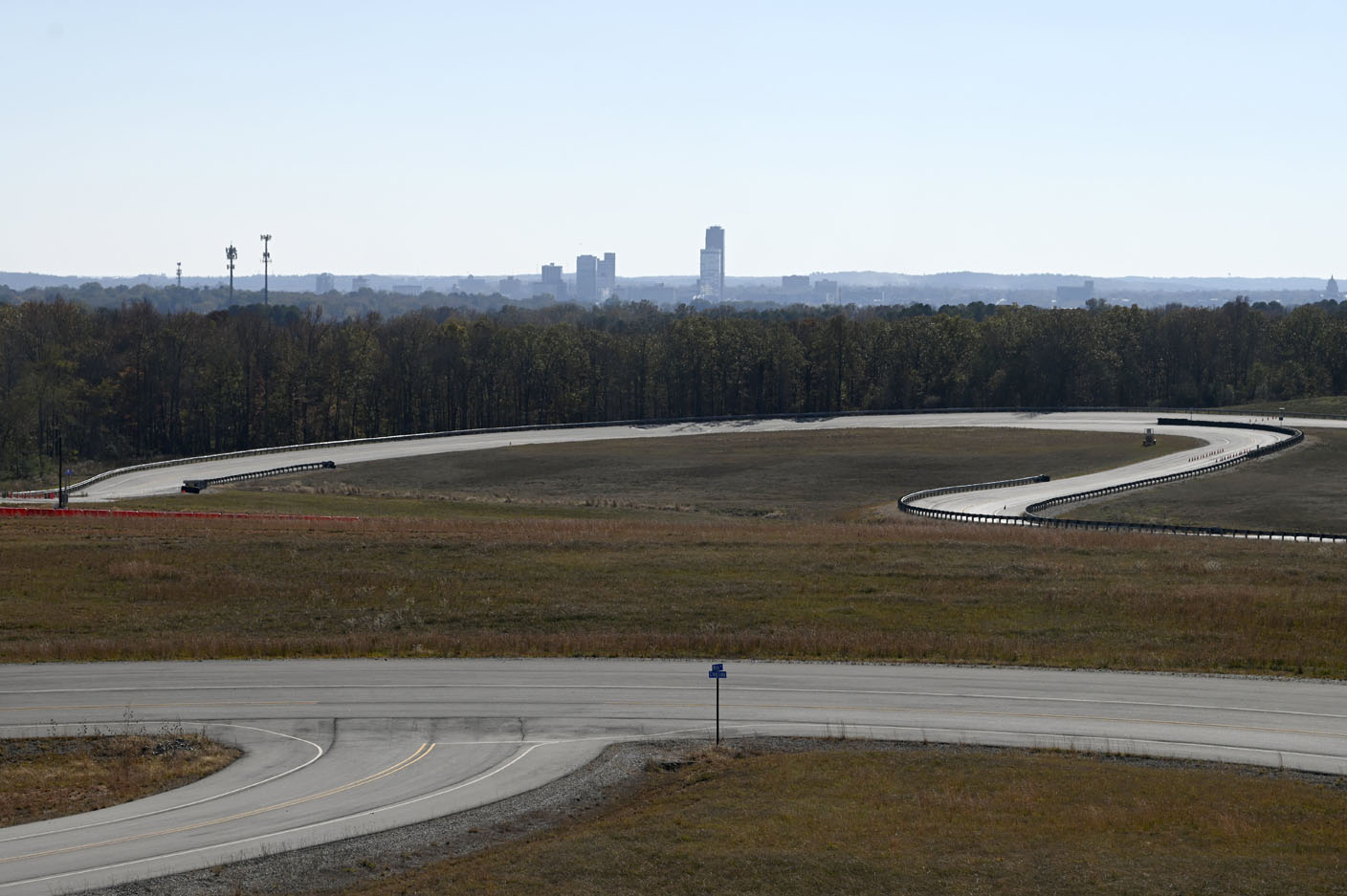