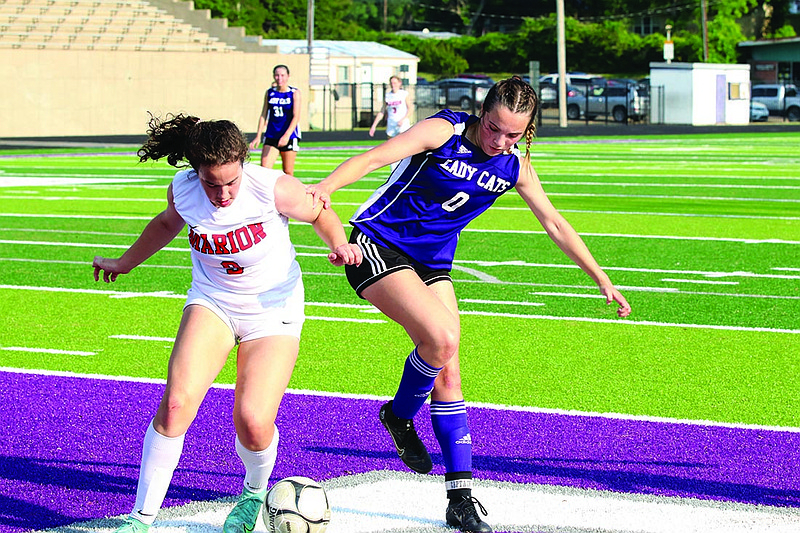 El Dorado’s Marleigh Bonsall made it official this week when she signed to play soccer at Ouachita Baptist University. The senior committed to OBU over the summer and said the official signing was the culmination of a life-long dream.

“It felt really good and refreshing to make it official. I was super excited all day for my signing because I knew that the moment I signed the paper, my dream of playing soccer was a reality,” said Bonsall.

As a junior, Bonsall led El Dorado with 47 goals and 10 assists during a season that reached the 5A State semifinals.

“I think she’s fulfilling her dream. When I first met her, that’s all she talked about was playing college soccer,” said El Dorado coach Neville Matthews. “Whatever program she went to, she’d be a great asset. She’s a good person, good human being. I’ll hate to see her leave. I don’t want to be selfish but she’s one of those kids that you can have a (coach-player) relationship. You can go to her for advice, run stuff by her and she’ll give you good feedback. She’s not bias. She’ll give her honest opinion.

“With all her hardships, all she goes through, she never uses it as a crutch. My biggest problem with her is she plays through injuries because she doesn’t want to give up on her team. She’s very selfless. She never wants to give up on her team. She can have an injury and she plays through it, tough it out. I guess it’s a good problem to have but she makes me so nervous. She’s a real tough kid. Her parents did a very good job of raising her.”

“I signed with OBU because the school as a whole felt like home and has a really good atmosphere,” she said. “As for the soccer aspect, I have heard all good things about the program and they have been very successful. Also, I have been coached by the OBU coach before and I know that he will push me to my best potential and make me a better person on and off the field.”

OBU lost in the semifinals of the Great American Conference Tournament and posted a 9-5-5 record.

“She’s got the skill set to play in college,” said Matthews. “There’s some stuff she’ll have to learn. It’s a quicker pace in college. The kids are bigger, stronger, faster. She’ll get there. She’ll mesh right in. She’s got a skill set that will fit anywhere.”

Bonsall said she plans to major in dietetics and nutrition and hopes to become a sports dietitian.

“I want to thank my family. No matter the obstacles I have had to face over the years, they have supported me and encouraged me,” she said. “My parents are my number one supporters. I can’t remember the last time they missed a game and they are always down to go train with me. I know next year when I’m playing at OBU, my family will fill the stands. I am so excited for this next chapter of my life and to see where God takes me.”