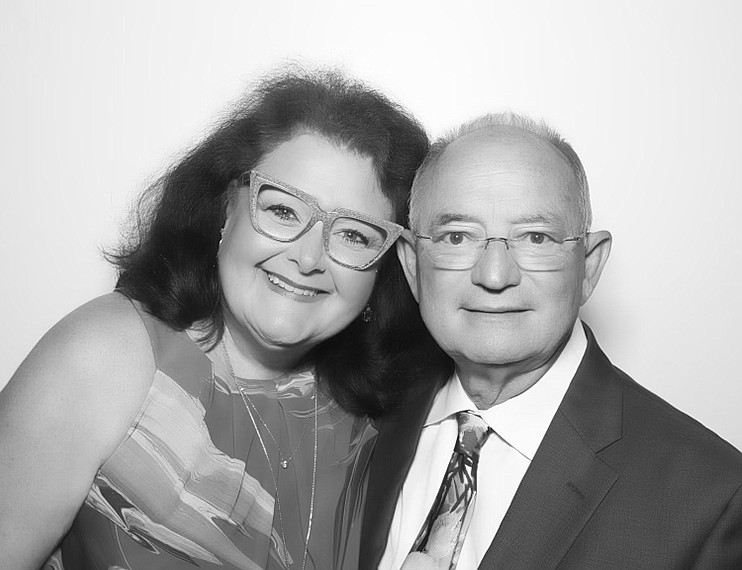 FAYETTEVILLE, Ark. – Aubra H. Anthony Jr., with his wife, Mary Pat Anthony, is contributing $450,000 to support the naming of the landscape architecture space at the Anthony Timberlands Center for Design and Materials Innovation in honor of his late father, Aubra H. Anthony Sr., known as a "forest farmer and lumberman."

This gift provides support to the center by naming the landscape architecture and other external spaces the Aubra H. Anthony Sr. "Lumberman" Woodland Gardens at the Anthony Timberlands Center for Design and Materials Innovation.

In addition, Anthony will donate a sculpture, called "Pinecone," designed and assembled by an Arkansas artist, Janice Hughes. Anthony's four children contributed an additional $100,000 in honor of his 75th birthday, bringing the larger family gift to a total $550,000.

"On behalf of the Fay Jones School, I want to express our deep appreciation and gratitude to Aubra Anthony and his family for this generous, impactful gift," said Dean Peter MacKeith. "The Anthony Timberlands Center project not only represents Arkansas' forests and timber and wood products industries, but, more deeply, the center represents the relationships of so many Arkansas families to those forests and to each other. This is the representational and transformative power of architecture and design. This gift substantiates specifically the importance of landscape architecture and Garvan Woodland Gardens to the identity of the school and the university. Again, we are deeply grateful."

The Anthony Timberlands Center will serve as home to the Fay Jones School's graduate program in timber and wood and as an epicenter for its multiple timber and wood initiatives. This education and research center will focus on excellence in wood design, materials innovation and product diversification to expand the use of wood in design, manufacturing and construction.

The Aubra H. Anthony Sr. Woodland Gardens will encompass two covered outdoor teaching terraces and a 12,000-square-foot pedestrian plaza known as Anthony Way. Located on the western side of the center, Anthony Way includes a grove of softwood and hardwood trees of the same species that represent those native to the state and commonly used in manufacturing and construction.

This plaza also features a flexible communal gathering space; a rainwater harvesting area to help control stormwater; a social grove with seating and shade trees to accommodate small groups; a patio area with tables and chairs that looks down into the fabrication yard; and a 5,000-square-foot lawn and stepped timbers that connect to neighboring buildings.

Located in the university's Art and Design District, the four-story, 44,800-square-foot Anthony Timberlands Center will include a fabrication shop, studios, seminar and conference rooms, faculty offices, a small auditorium and a public exhibition space. The construction of the center began in September, with an anticipated completion date of fall 2024.

Anthony said that this new center will help advance and expand the timber industry in Arkansas, which is growing its timber volume one and a half times faster than it is being harvested -- which means much of the marketable timber is going to financial waste.

"The development of better engineered wood products, such as laminated beams and cross laminated timber panels, will increase the demand for local timber for lumber and veneer, which is then utilized in mass timber products," he said. "Much of Arkansas' timber products are shipped out of state to larger markets, such as Dallas, Texas. The increased cash flows right back to Arkansas."

For many years, Aubra Anthony ran Anthony Forest Products Company, a family-owned company consolidated in 1965 in El Dorado. He was president and CEO when the company sold to Canfor Corp., a Canadian forest products company, in 2015.

Anthony has long been active in the larger North American wood products industry, including being elected chairman of the board of the American Forest and Paper Association. He worked to have the environmental benefits of building with wood recognized and enhanced. This included policy advocacy working in hand with the American Institute of Architects and the National Association of Home Builders.

In Arkansas, he served on the Forestry Commission and was elected chair of the state's Agriculture Board. Also, in 1998, former Secretary of the Interior Bruce Babbitt recognized him as an honorary national park ranger.

"The larger Anthony family has grown timber and manufactured lumber and next-generation value-added wood building products for well over 100 years," he said. "And I am proud to say, 'We stand together in the Arkansas forests' and, too, share the vision behind the Timberlands Center."

Anthony said that his experience with and support and development of Garvan Woodland Gardens in Hot Springs inspired him to also invest in the Anthony Timberlands Center through the landscaping that will surround the new facility and also bring the woodland gardens into the building itself.

"The center is an opportunity which is here and now, and I cannot pass it up for support. The design of the building will be enhanced by appropriate surroundings," he said.

The "Pinecone" sculpture is another version of one that his wife surprised him with several years ago, when a truck and trailer pulled into their driveway carrying the large steel pine cone created by a local artist.

"A new large pine cone would fit into the landscape to remind us of the fertility of the forest, from whence our opportunities come," he said.

A few years ago, Anthony gave Dean MacKeith a framed photo showing a close-up view of Fay Jones' hand. Anthony said that he admired the architecture of Jones, also a native of El Dorado, and was inspired by the way he used wood in innovative ways in his monumental works. By coincidence, the photographer, Lisa Tarver of El Dorado, was a neighbor who had spent time with the Jones family in their home and captured the focused "one-of-a-kind" image of Jones' hand resting on his porch railing.

"That hand had been the instrument by which he brought his architectural masterpieces to life and to the world," Anthony said. "I just put these dots together so that his instrument was preserved in the school which is named for him."

Anthony and his late wife, the Honorable Carol Crafton Anthony, a circuit judge for the state of Arkansas, have four children. Carol Anthony, who died in 2010, received a bachelor's degree in history and a Juris Doctor from the U of A.

Each of the children contributed $25,000 to the Anthony Timberlands Center project as part of the total family gift.

Aubra H. Anthony Jr. holds a bachelor's degree in history (with honors) from Tulane University and a Juris Doctor from the University of Virginia. He served as a member of the Fay Jones School's Campaign Arkansas Steering Committee during Campaign Arkansas. He has previously supported Garvan Woodland Gardens, the Fay and Gus Jones House Stewardship Endowment and the Law Dean's Fund for Excellence.