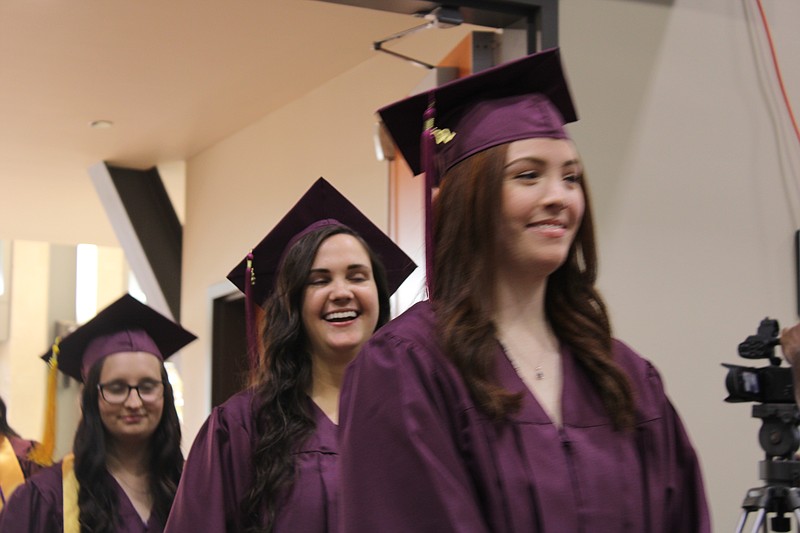 As graduating students entered the El Dorado Conference Center banquet hall Thursday evening, standard bearers -- the students within each program who graduated with the highest grade point averages -- led graduates from each of the three divisions.

Graduates were selected from the spring class to provide commencement addresses at Thursday's ceremonies. In the first, Kelly Bartholomew Peralta shared advice on resilience.

A non-traditional student who returned to SouthArk after an initial stint that began in 1997, Peralta said his grandparents, who helped raise him, encouraged him to pursue an education. His grandfather, he said, worked at Lion Oil for 20 years, walking to work every day, and told him to get an education so he wouldn't have to work with "an ignorant spoon" -- a shovel, Peralta explained.

"It was after the death of my grandparents, who took care of me, that I began to heed the advice they gave me," he said. "I realize now it is wise to slow down and listen to good advice given by parents and grandparents."

Peralta shared four tips for success with his fellow grads: be patient; eliminate doubt and fear; respect and listen to mentors; and follow good advice.

He thanked the SouthArk staff and faculty that helped him on his journey to earning his degree in process technology -- a field he said he wouldn't have known was a good fit for him without their guidance -- and recognized the role the college plays in helping students grow.

"SouthArk should be called home by determined success seekers," he said. "Buckle down and reach out to those determined to succeed in life and help narrow down the direction they need to go."

Ana Mariell Tapia provided the commencement address for health science graduates, sharing her own story of returning to El Dorado to pursue her education.

Tapia said she came to SouthArk at 25, moving back in with her mother after striking out on her own previously. At first, she said, she was nervous about returning to school.

Eight years later, she was graduating with her practical nursing certification.

"We didn't give up," she said to her fellow graduates. "We've had to sacrifice time with significant others, parents, children and friends to be here today. We had to prioritize studying... But tonight isn't about what we've lost our sacrificed; it's about what we've gained, and we've gained so much."

Thanking the staff and faculty of SouthArk, Tapia congratulated the rest of the spring 2022 class.

"For all of us, this is the beginning of the rest of our lives," she said. 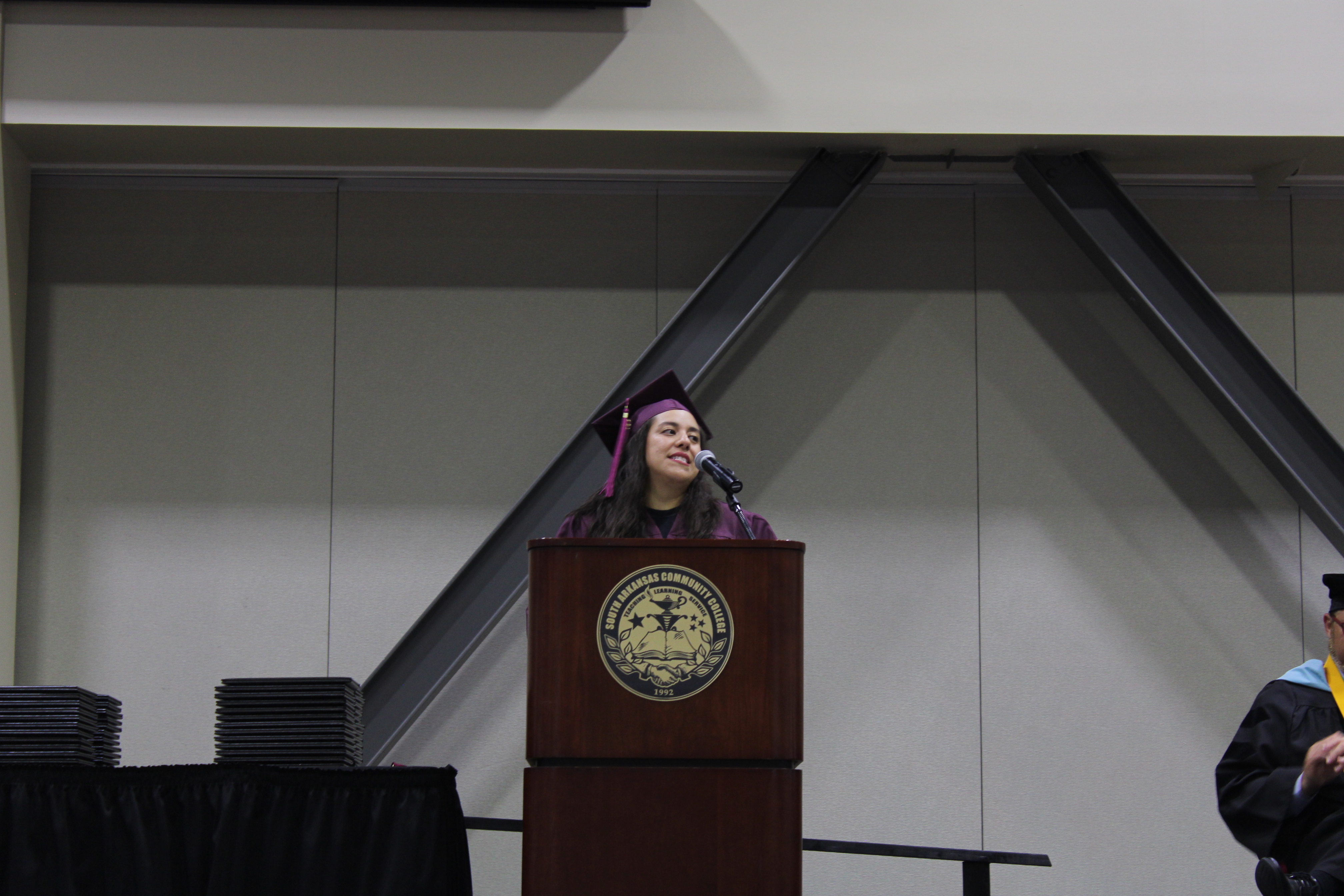 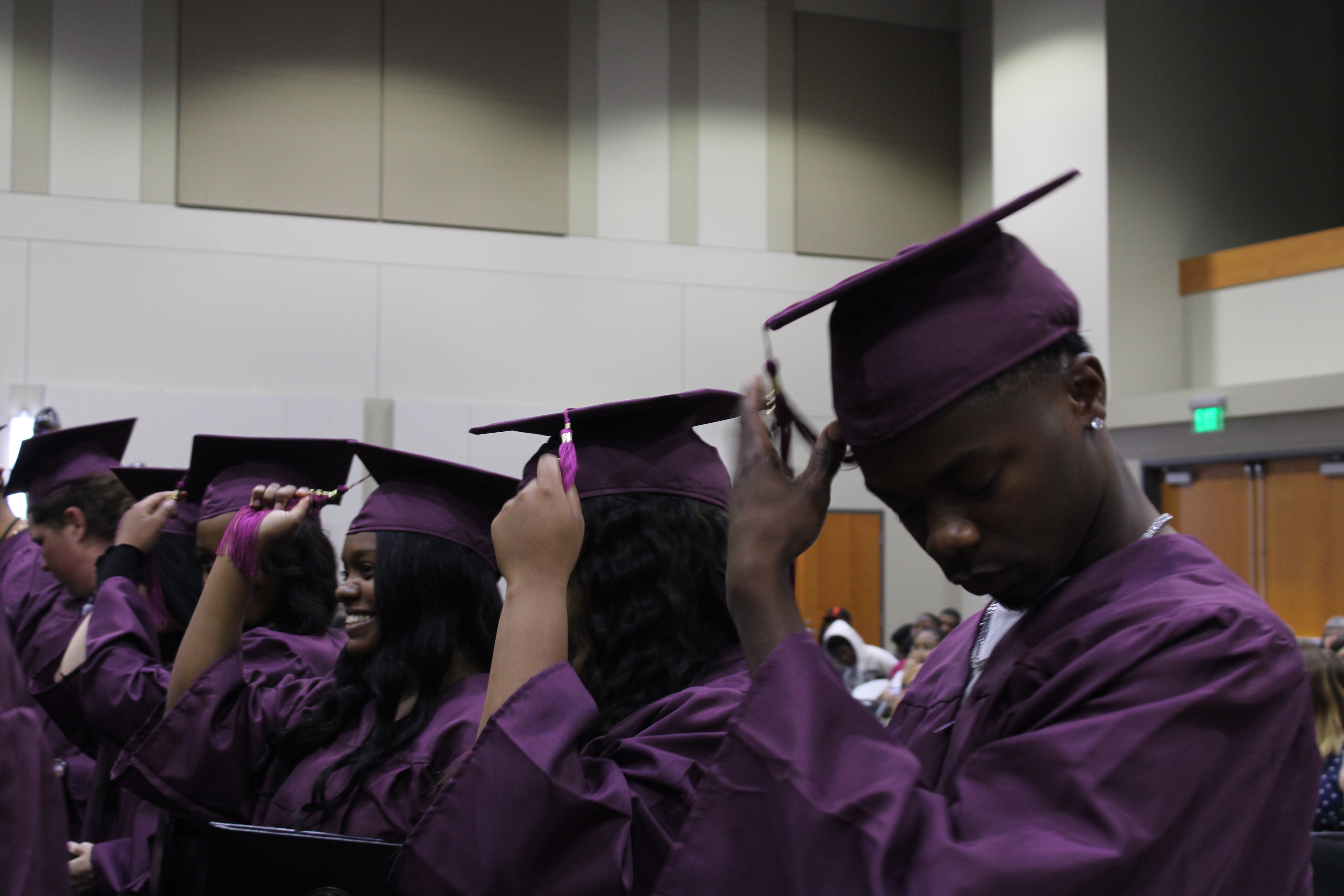 Students graduating from the Career and Technical Education program at SouthArk move the tassels on their graduation cap to the left side to signify that they have graduated during Spring Commencement ceremony held Thursday at the El Dorado Conference Center. (Caitlan Butler/News-Times) 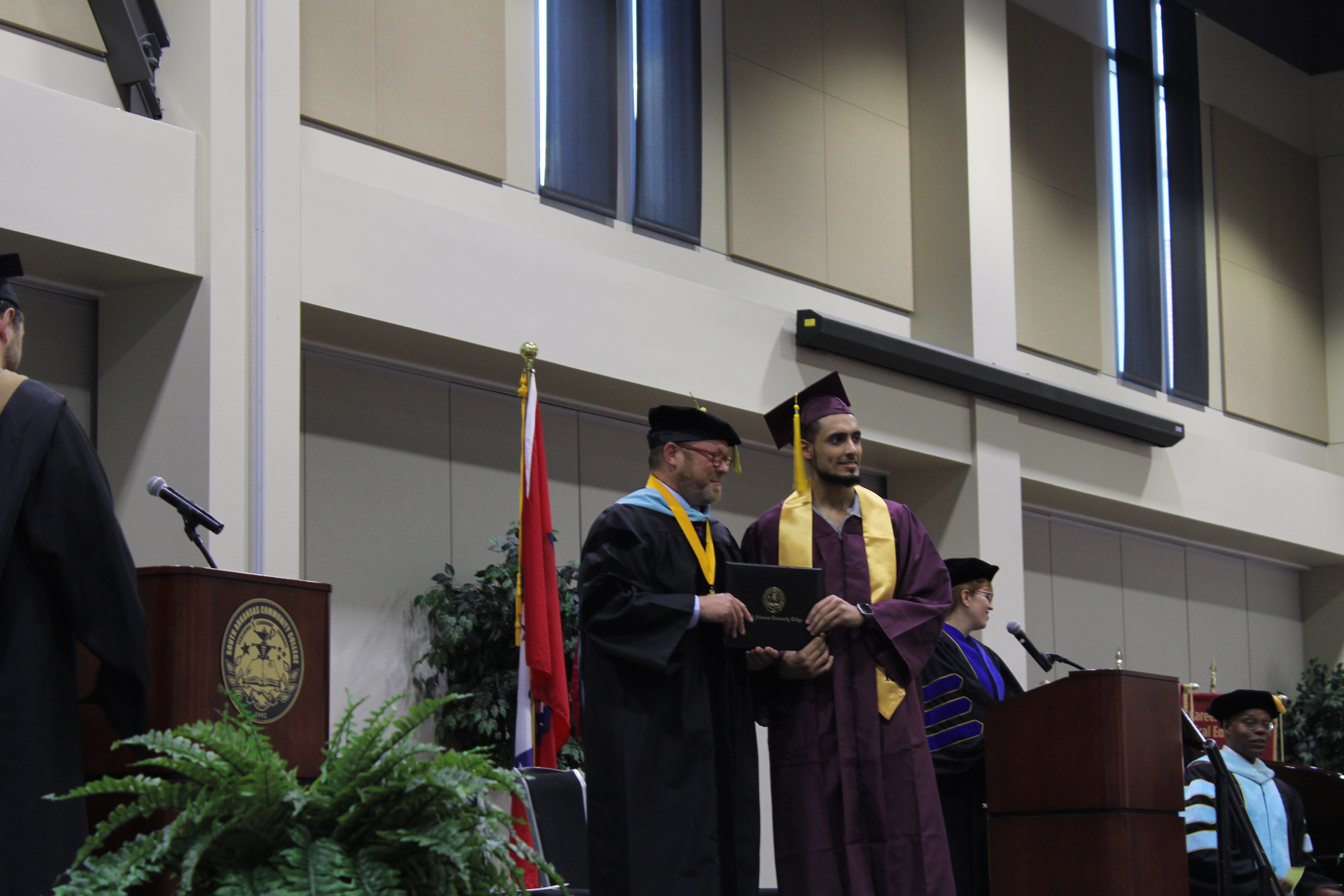 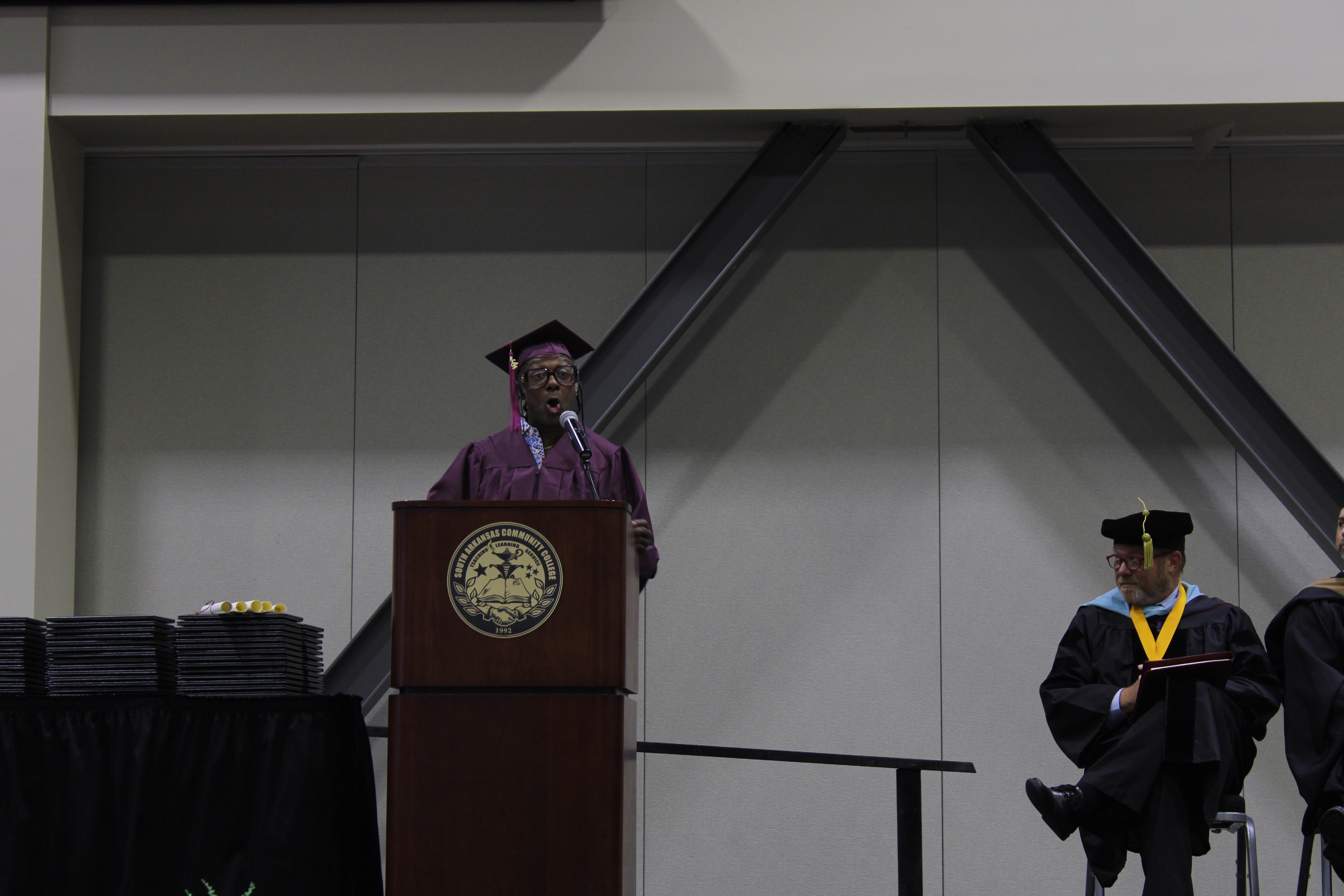