Biden's hyperbole is getting a bit ridiculous 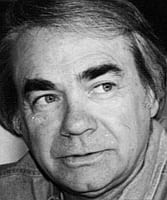 President Biden and those around him have a fondness for using historical disasters as points of comparisons to raise the level of outrage over outbreaks of violence and unrest that have plagued the nation for much of the last eighteen months.

When confronted by images and news accounts of extreme behavior, their first reaction is to reach for superlatives like "worse than...more dangerous than...more horrifying than...more insidious than...a horrible reminder of..."

There follow comparisons to the Civil War, the attack on Pearl Harbor, the terrorist attacks of 9/11, and slavery, for instance, casually tossed about to convince the American people that what they've witnessed surpasses anything in history.

As despicable and horrific as the Jan. 6 assault on the U. S. Capitol, is it truly comparable to the loss of nearly 3,000 American lives when terrorists crashed hijacked airplanes into the World Trade Center twin towers in Manhattan and the Pentagon in Washington?

More than 2,500 American military personnel lost their lives in the attack on Pearl Harbor. Should it be mentioned in the same breath with a bunch of conspiracy theorists attired in camo who believed they could change the outcome of the presidential election?

When Border Patrol agents on horseback used their mounts to prevent immigrants from entering the country illegally, was it truly comparable to the inhumane brutality of slavery?

The rhetorical overreach compulsion to draw an equivalency between dark and tragic events in history and contemporary incidents of violence is misplaced and undermines the credibility of those who engage in it.

It is tempting for elected leaders to engage in hyperbole, some more inflammatory than others, to signal the depth of their indignation.

Biden gave in to the temptation recently with his remark that "this MAGA (the Trump logo) crowd is really the most extreme political organization that's existed in American history."

Critical reaction was swift (not merely from the MAGA crowd) that the president had crossed a line by insulting and questioning the beliefs and patriotism of millions of Americans merely for opposing his administration's policies.

Former President Trump was an aggressive practitioner of the art of overstatement. His 2016 victory was a landslide, his inauguration day crowd the largest in history, the 2020 election the most crooked in history – all bogus claims.

Trump was addicted to most, greatest, largest, worst, smartest, dumbest to describe anything or anyone that caught his attention.

It was part of his persona, honed during his reign as New York City's premier real estate developer, casino tycoon, and television personality. It was his schtick and it didn't damage his credibility because he had so little to begin with.

Exaggeration and embellishment have been a part of the political process since the Republic's founding. Most of it is dismissed for what it truly is, excused as ordinary behavior and quickly forgotten.

Applying those qualities, though, as comparisons to the tragedies of terrorism, death and war is to enter risky political terrain.

The Jan. 6 assault on the Capitol and the terrorist attack on the Twin Towers 21 years ago were witnessed by hundreds of millions of Americans as it unfolded in real time. They understood what they were watching and were repelled and appalled by images that would stay with them forever.

Newsreel footage of the Pearl Harbor attack and the savage treatment of American citizens who desired nothing more than to exercise their rights have been seen by generations.

These moments of great trauma in our history speak for themselves. Today's leaders should let them.

There is neither need nor justification for using those images to advance political ends. Continuing to do so minimizes the memories and courage of all who endured the pain and heartbreak those incidents inflicted.

There is no shortage of vocabulary at the disposal of political leaders to emphasize their opposition or discomfort.

An updated thesaurus is easily available.

Carl Golden is a senior contributing analyst with the William J. Hughes Center for Public Policy at Stockton University in New Jersey. You can reach him at [email protected]

Print Headline: Biden's hyperbole is getting a bit ridiculous